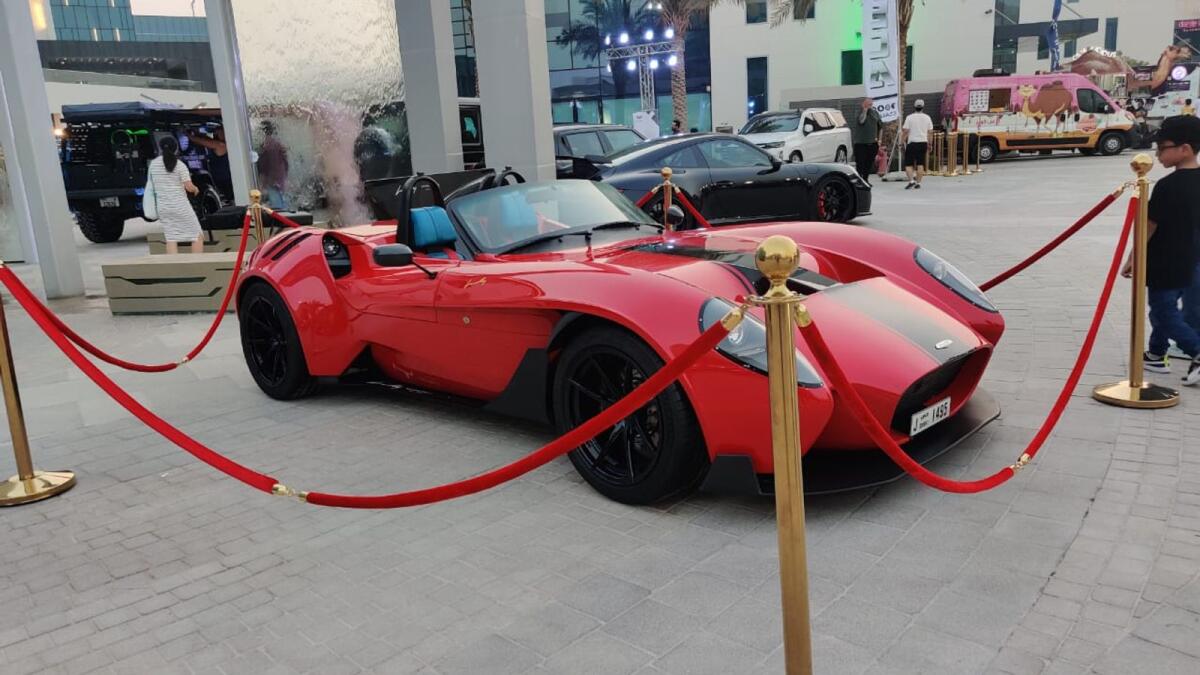 It was the coolest motor show in Dubai with the hottest cars and bikes – and participants all clad in the Kandura as a celebration of the traditional Arab attire.

The first-ever Kandura Rally in the city saw over 200 vehicles participating in a parade that was flagged off from the Club Circuit in Dubai Autodrome in the heart of Motor City, driving around several Dubai landmarks, including the Museum of the Future, the Meydan Bridge and the Dubai Camel Track, before arriving at the final destination in Dubai Technology Park.

True to Dubai’s diversity, participants came from different nationalities- all wearing the Kandoura. And true to the city’s love for everything automotive, vehicles of all hues and descriptions joined the fun drive, from motorcycles and rugged off-roaders to customised and rare vehicles.

One of the highlights of the rally was the Car and Bike Show competition staged at the Dubai Digital Park, which featured several classic and modified cars. This Jannarelly D1 Trofeo car is one of a total of only 30 that were ever manufactured and is the only one of its kind in the UAE.

The title of ‘best in show’ was bagged by Road Horror, exhibited by Emirati Jassim Mohammed Lashkari. “I spent more than half a million dirhams and two years customising this car. I wanted it to be special. The wide body has been made from scratch and I am sure it is one of a kind,” Lashkari said

Another car that attracted eyeballs and won the title of best car airbrush was Walid Alkhadhar’s Joker. The Emirati car lover, who is also an artist, drew what he envisioned on his car. Finally, he hired an airbrush artist who took 40 days to complete the car.

The event was an occasion to bond for many families. Eight-year-old William Nnamdi Becky-Lines was there with his father and friends. “I like the cars here,” he said. “They are so fast and so expensive. When I grow up, I want to buy a Lamborghini Aventador S.”

Bikers Deepa and Saajan were participating in a bike show for the first time. “I gifted him motorcycle lessons for his 50th birthday,” said Deepa, the bigger bike lover of the two. The couple now go on long rides at 3am. “It has completely changed our lives for the better,” said Saajan.

Visitors to the car exhibition were not to be outdone by the fancy cars around them. Fashion enthusiast Susan Mantosh looked ravishing in her unique hand-painted kaftan and car-shaped bag.