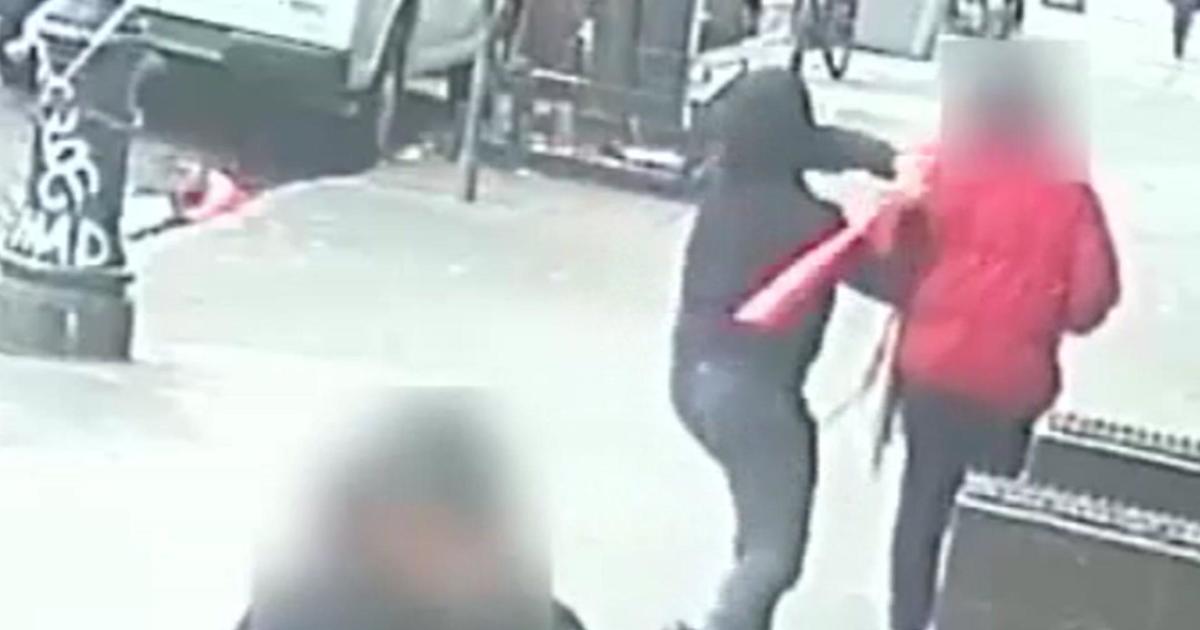 NEW YORK — A man is facing charges after a baseball bat attack was caught on camera in Hamilton Heights.

Video shows a man walking down Amsterdam Avenue allegedly followed by Azizi, who pulls a baseball bat out of his pants, approaches the man from behind and hits him in the head with the bat, causing the victim to fall to the ground.

Police say the victim was taken to a local hospital in stable condition to be treated for a cut to his head and bruising.

Azizi has been charged with attempted assault, assault and criminal possession of a weapon.