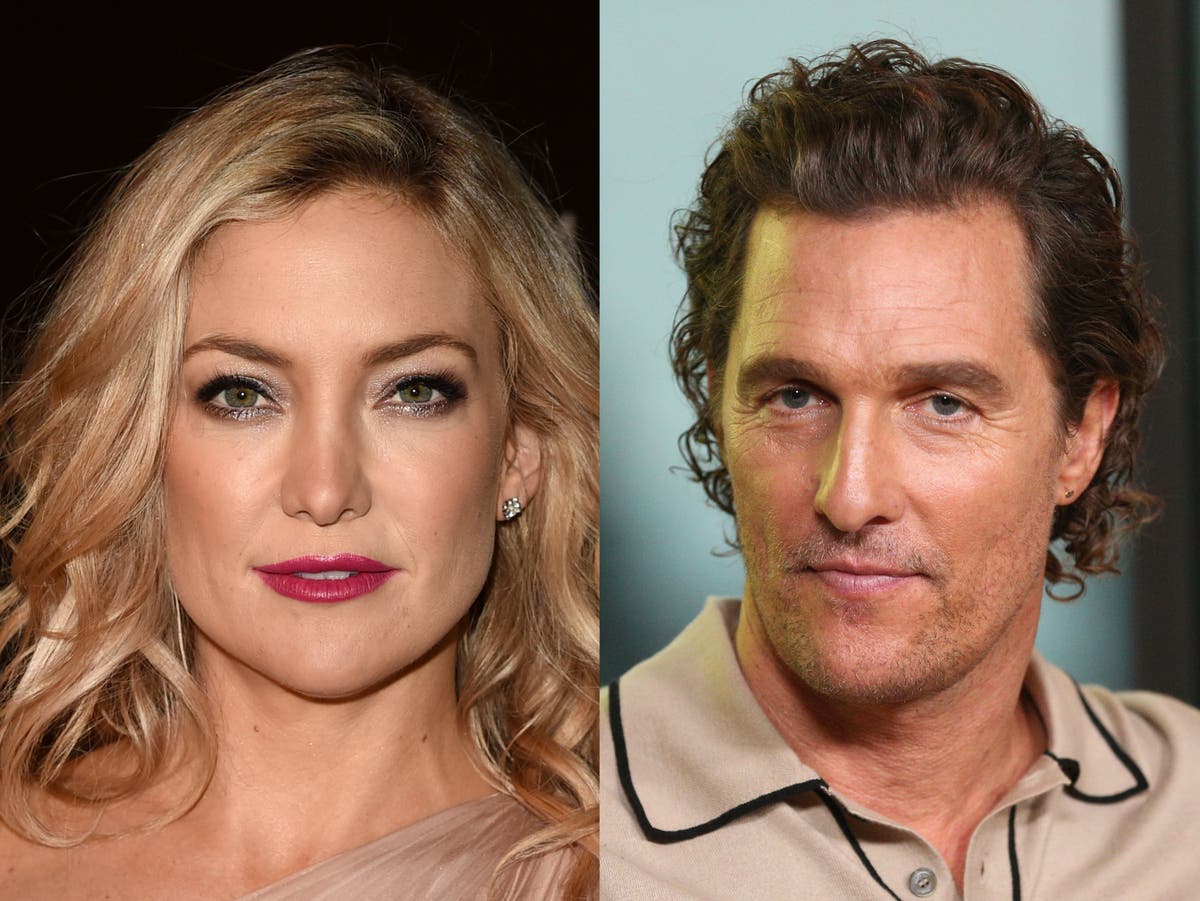 Get our The Life Cinematic email for free

Kate Hudson has explained why she found a Matthew McConaughey kissing scene “not that fun to shoot”.

The actor appeared opposite the Oscar winner in How to Lose a Guy in 10 Days (2003) and Fool’s Gold (2008), and previously described a romantic scene they shared in the latter as “gross”.

“Every time I kissed McConaughey, I mean, it’s like there’s just something happening and there’s like snot, or wind,” Hudson, 43, said.

Speaking about the scene during a forthcoming appearance on The Jonathan Ross Show, Hudson explained that the reason it “was definitely not that fun to shoot” was due to the fact it occurred in the sea.

“Ocean, swimming and kissing is not always pleasant,” she said, adding: “Things happen in the ocean, like yuckiness… we’re like treading water trying to stay above water.”

She also said she and McConaughey, 53, has “the same feeling” about a possible follow-up to How to Lose a Guy in 10 Days.

“I love working with Matthew,” Hudson said. “If for some reason, a great idea came across our desk and it read well, yeah I would totally revisit it. It could bring some interesting things.”

She then proposed an idea she thinks could work for the possible sequel.

“I’m sure it would start with marital conflict. Or maybe… I have no idea. How To Lose A Husband in 20 Years…?”

Hudson was on the series to promote her new film, Rian Johnson’s Knives Out sequel, Glass Onion. Also on the episode will be guests Stormzy, Roisin Conaty, and Joan Armatrading.

While the actor was critical of her on-screen kisses with McConaughey, she did prevously name her favourite during an appearance on Gwyneth Paltrow’s Goop podcast.

Commenting on his awkward ocean kiss with Hudson in Fool’s Gold, McConaughey told Yahoo! Entertainment in Novembwr 2020: “It’s like, OK, here’s the scene – you’re in the middle of the ocean, you go under the water and then come up out of the water like you’re gasping for air, you’re glad to be alive. Then you look at each other and you swim to each other and go into an embrace.”

He continued: “There’s a lot of salt water and snot and all kinds of stuff that are in between all those, and so you’re doing that and you’re like, ‘OK, I think that worked, but did that look any good?’ They’re like, ‘No, we better do another take.’”

Glass Onion: A Knives Out Mystery is previewing in select cinemas until 29 November, and arrives on Netflix on 23 December.