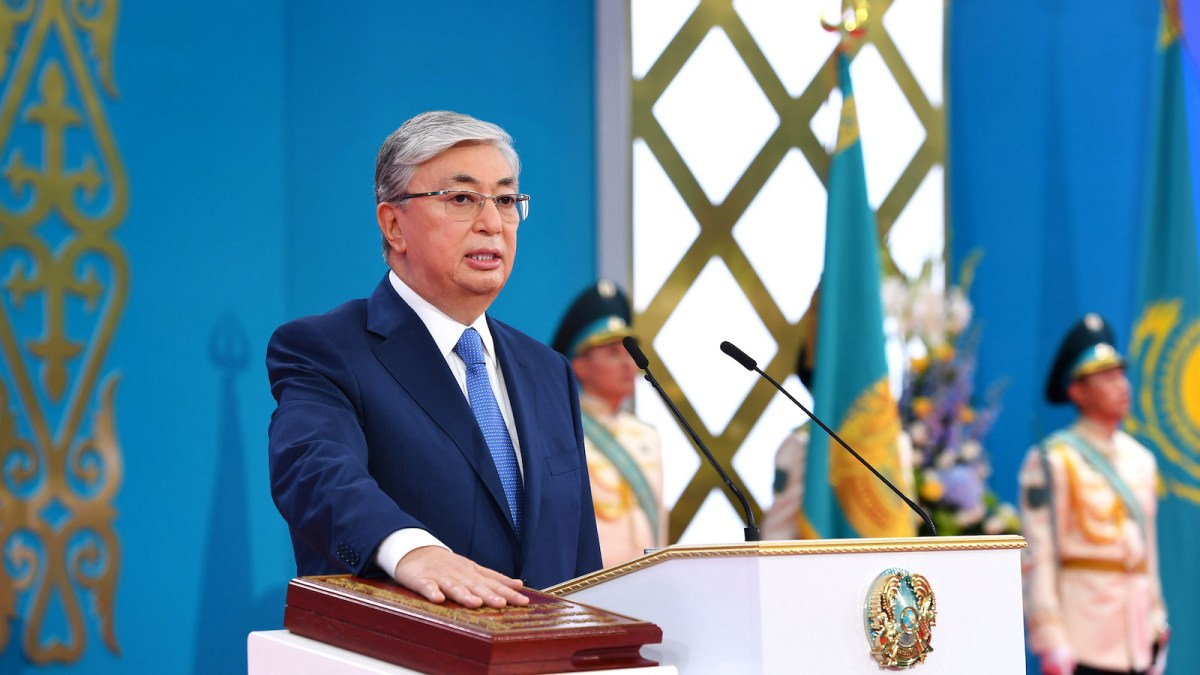 The result of Kazakhstan’s presidential election on November 20 came as no surprise:  President Kassym-Jomart Tokayev made mincemeat of his opponent, garnering 81.3% of the popular vote.

Electoral blowouts of this magnitude are possible when the opposition candidates are weak, and the winning candidate has the powers of incumbency: the backing of the state apparatus, a proven track record, and a sympathetic media establishment.

An electoral thumping, whether in Kazakhstan or elsewhere, does not a priori delegitimize an election, but it does raise questions about the viability of competitors or the lack of critical voices. It could just as well suggest that the incumbent’s message resonated with the electorate.

Consider the case of Hungary’s Viktor Orban. It is rare that leaders in parliamentary systems achieve an absolute majority; he achieved such majorities twice in a row. The opposition alleges he uses strong-arm tactics but has not proved that his electoral victories were fraudulent. A more plausible explanation is that voters approve of his policies and his performance in office.

Anticipating Tokayev’s victory, Josep Borrell, high representative of the European Union for foreign affairs, and Charles Michel, president of the European Council, made separate trips to Astana just days before the election ostensibly to reinvigorate the Enhanced Partnership and Cooperation Agreement between the EU and Kazakhstan.

It is not far-fetched to assume they wanted to sniff out Tokayev and the Kazakh scene as concerns mount over the emergence of a multipolar world order and Europe’s slow-motion deindustrialization.

Be that as it may, Borrell and Michel welcomed “the constructive dialogue between Kazakhstan and the EU in the field of human rights and the rule of law, and … [cheered] Kazakhstan’s significant reform agenda in order to advance its political modernization and its vision of a just and fair Kazakhstan.”

The visit of these EU potentates made for good public relations and further boosted Tokayev’s stature and persona as an international leader – a feat none of his opponents could have begun to pull off.

In foreign affairs, unlike his opponents, Tokayev was also able to explain to the electorate Kazakhstan’s multi-vector foreign policy, which emphasizes dialogue and win-win outcomes in trade and investment rather than conflict and the pursuit of the pipe dream of material abundance as a very junior partner in a unipolar world order.

In his many media appearances – on Хабар 24 (January 2022), for example – and his Address to the Nation (February 2022) – Tokayev challenged businesspeople, bureaucrats and politicians to work with him to “strategically transform the economy” and bring about “real reforms” to reduce “the gulf between the rich and poor, which is currently unsustainable.”

This message resonated with much of the electorate although it met with criticism from the usual claque of liberal Westernizers who have no use for any sort of authority or continuity.

In the months before the election, the public embraced Tokayev’s anti-corruption message.  As he said in his State of the Nation address in June: “It is important to consistently step up efforts to uncover the underlying mechanisms, to search for the true organizers of the corrupt and shadow schemes of embezzlement of budgetary funds and the national wealth.”

Tokayev entered the campaign with a track record of facing down corrupt oligarchs, entrenched bureaucrats and patrons of nepotism – a record his opponents could not begin to match.  He was successful because he exposed the country’s dominant neoliberal economic model – the proposition that unlimited freedom in socio-economic policy and economics is the highest social value no matter the consequences for ordinary people and families.

Moreover, he implemented constitutional reforms and strengthened protections regarding human rights and freedoms, demonstrating his willingness to dismantle the oligopolies in league with foreign financiers and corrupt government officials. That theme played particularly well with the electorate.

It helped Tokayev that Kazakhstan recorded its best harvest in more than 10 years, that GDP is on the rebound and is expected to grow by 3.5% in 2023, and that the Kazakh authorities recovered more than US$650 million of illegally obtained assets before the election. These results gave the incumbent a strong hand to play.

Language of hope in times of trouble

Tokayev and his opponents alike employed the rhetoric of hope in times of economic hardship at home and uncertainty abroad. But Tokayev received a mandate on election day not just because he called out the oligarchs, bureaucrats and assorted other fat cats for their corruption and indifference to the common man. He triumphed because he took these scalawags behind the woodshed, and the common man noticed.

Moreover, in the eyes of the electorate, Tokayev successfully handled the tragic events of January 2022, which started as a peaceful and legitimate protest but soon degenerated into an incipient coup (see “High Noon in Almaty”). Not a few believe Tokayev emerged from this trial by fire as an elder statesman and sincere reformer.

He did as well as he did because he managed to convince the electorate that he was serious about combating decades of ingrained corruption, reforming the political system, nipping nepotism in the bud, giving the common man hope that prosperity is possible and telling external meddlers to mind their own business.

His challenge now is to act on his electoral promises. If he fails to do so, the goodwill he now enjoys could quickly evaporate.