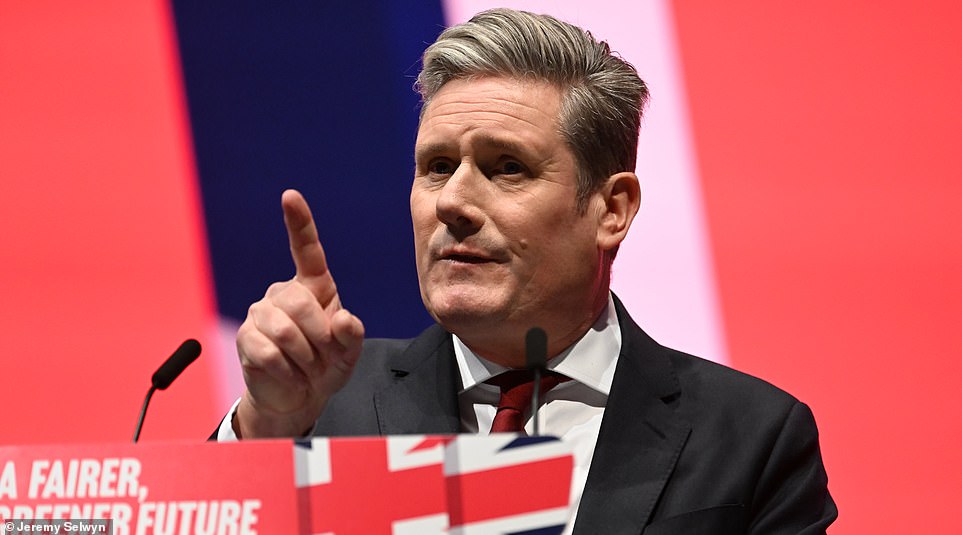 Keir Starmer pounced on on the Sterling crisis today claiming Labour is now the party of ‘sound money’ as he delivered his keynote speech to activists.

The party leader told the party faithful in Liverpool that Liz Truss and Kwasi Kwarteng have ‘lost control’ after the Pound dived to a new record low against the US dollar.

Although it has since clawed back some ground, Sir Keir said the chaos showed that the Tories no longer own the economic battleground – urging voters not to ‘forgive’ or ‘forget’ that they were prioritising tax cuts for the wealthiest.

On the cost-of-living woes, Sir Keir said he would create a publicly-owned ‘Great British Energy’ company to drive renewables and ensure value for consumers.

He channeled Tony Blair by saying that Labour is the ‘political wing of the British people’ – underlining the extent to which the hard-Left has been marginalised after the Corbyn years.

In his speech in Liverpool Sir Keir Starmer:

Disowning his predecessor’s legacy, Sir Keir said backing Nato and Ukraine is non-negotiable, and he would always be ‘country first, party second’.

He said a Labour government would only ‘borrow to invest in the long-term national interest’, drawing a contrast with the Tories using debt to reduce the tax burden.

And there was a direct appeal for Brexit voters to come back into the fold.

Admitting he backed staying in the EU, Sir Keir said he would ‘make Brexit work’. ‘Whether you voted Leave or Remain, you have been let down,’ he said.

As he went on the attack over the currency crash, Sir Keir said: ‘We can’t go on like this. What we have seen in the past few days has no precedent.

‘Higher interest rates. Higher inflation. Higher borrowing. And for what?

‘Not for you. Not for working people. For tax cuts for the richest 1 per cent in our society.

He added: ‘They haven’t just failed to fix the roof, they have ripped out the foundations, smashed through the windows, and now they have blown the doors off for good measure.’

The address came after a shock poll showed Labour 17 points ahead of the Conservatives, with the advantage biggest ever found by YouGov.

Although an election is still potentially two years away, shadow cabinet ministers have been privately jubilant, claiming ministers have played into their hands by cutting taxes for the wealthy.

One told MailOnline they now expect to ‘win big’ with voters, gloating that the Conservatives are ‘f***ed’ in the Red Wall.

On another dramatic day: 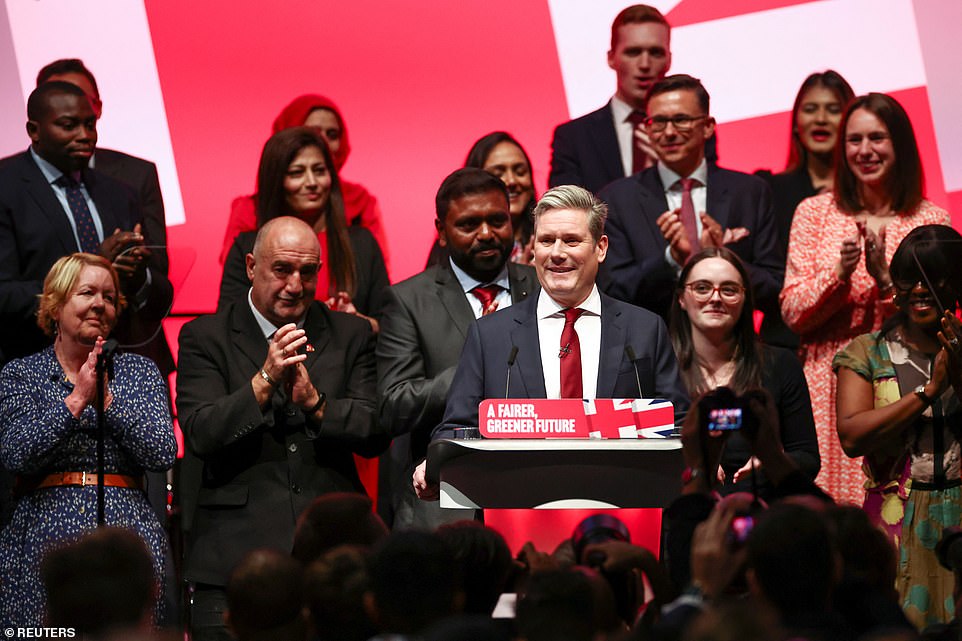 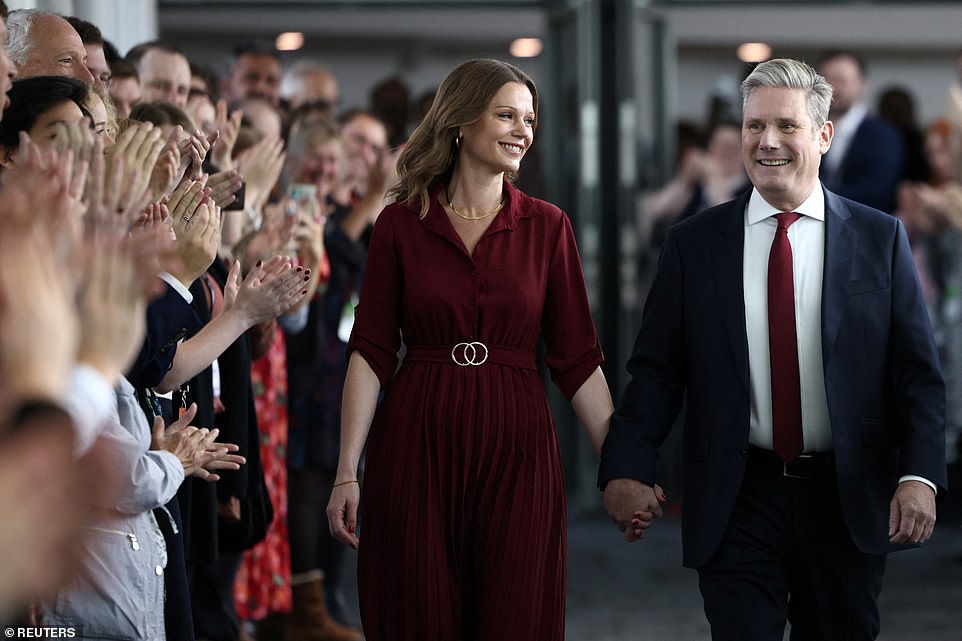 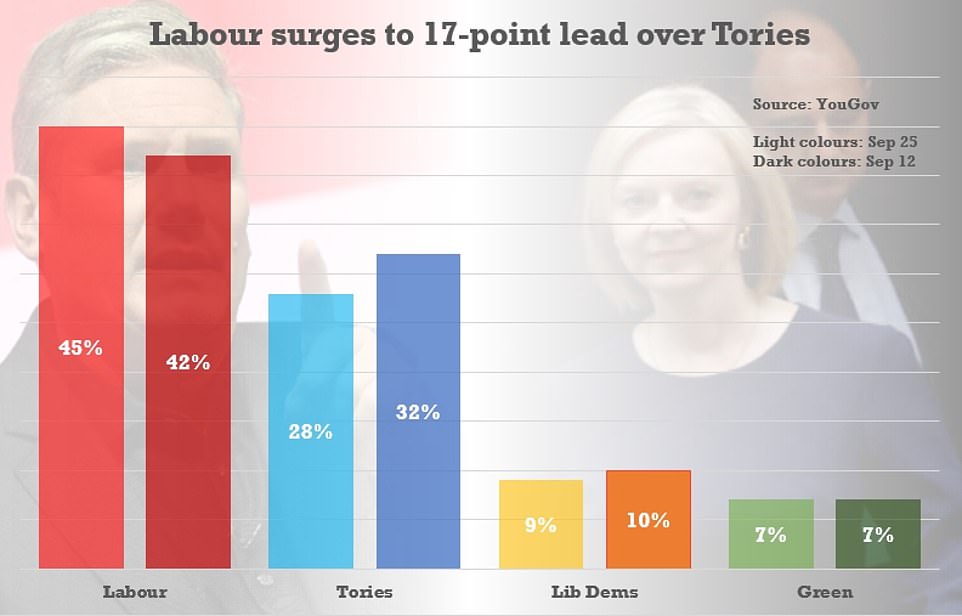 The advantage in the YouGov research was the biggest the firm has found, suggesting Sir Keir’s party is on track for victory at the election – albeit still potentially two years away

Labour takes on the Tories over the economy

Sir Keir made clear he is ready to fight the Tories on the economy, suggesting Labour is now the party of ‘sound money’.

He said with the Emergency Budget ‘in one bold move on Friday the Tory Party gave up on any claim it might have had to be a party of aspiration’.

Britons had endured austerity, when they ‘paid for a mess made by bankers’, Sir Keir said.

He also made an oblique reference to the Brexit vote, saying the public ‘cried out for economic change in a referendum, but their calls went unanswered’.

‘They united to defeat a virus only to see the government break all the rules that they respected,’ he said.

‘And now this. The biggest hit to their living standards in a century. And it turns out there is money – for the top 1 per cent.’

Sir Keir said an ‘unwritten contract’ with the British people has been broken by the Conservatives as families worry about whether their children will have a better future.

‘After 12 long years our spirit is ground down. When I talk to working people now, they tell me they work harder and harder just to stand still,’ he said.

‘That their graft can’t provide their family with a sense of security, that they’re worried their kids won’t have a better life than them.

‘Conference, what does it say about Britain when families worry like this about their children’s future? It says an unwritten contract is broken. A contract where in return for hard work, you get on.

‘Where your contribution is always respected and which reaches through the generations to say Britain will be better for your children.

‘That’s the deep cost of Tory failure. They keep talking about aspiration but they don’t understand how they’ve choked it off for working people.’ 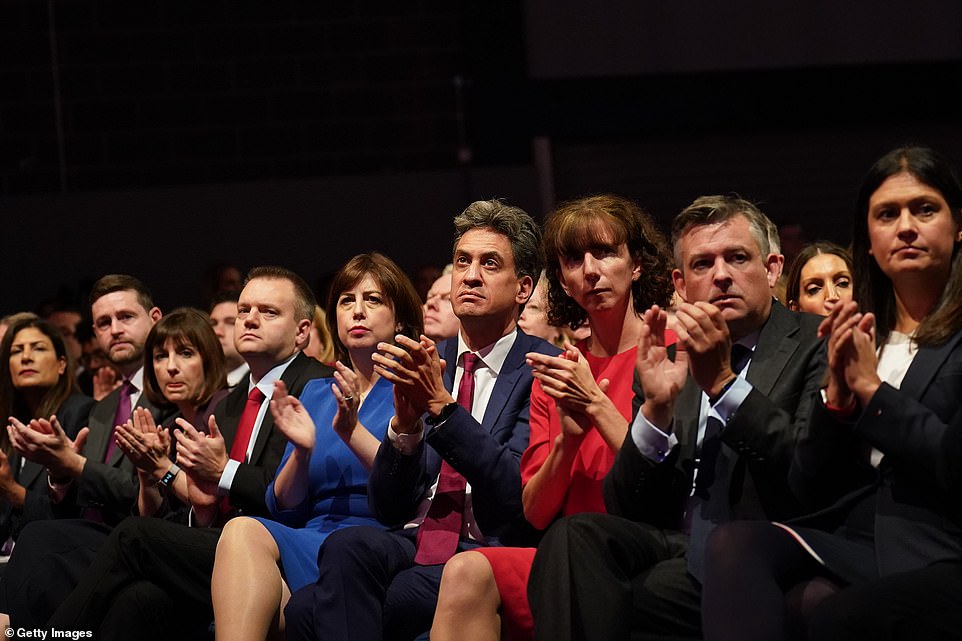 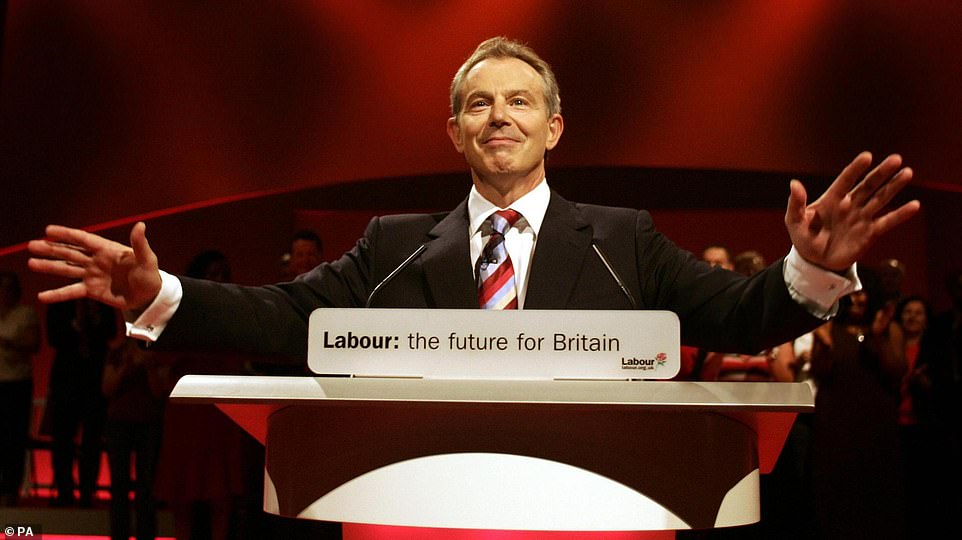 In his address to activists this afternoon, Sir Keir quoted Tony Blair saying Labour is the ‘political wing of the British people’