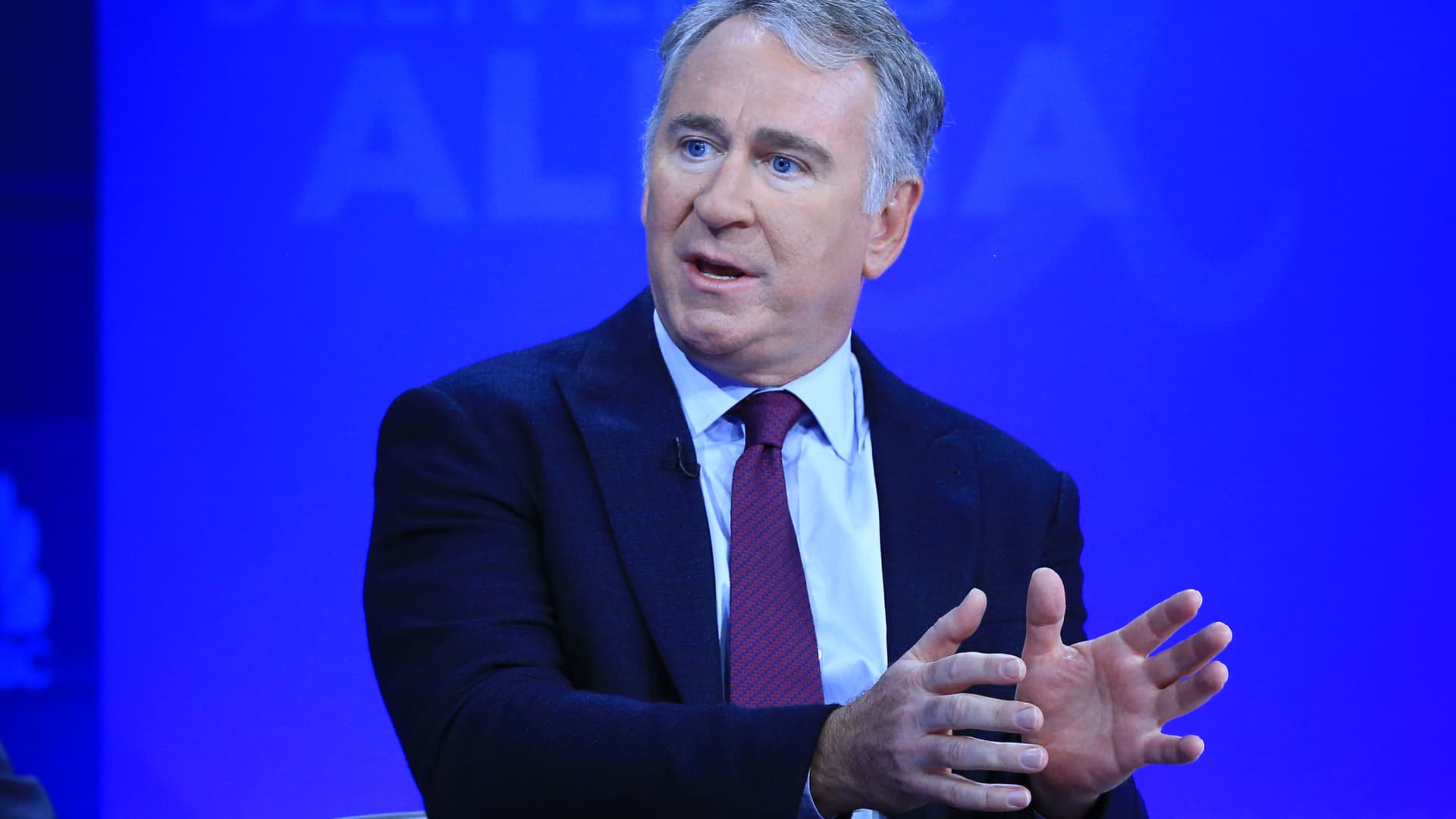 Ken Griffin, Citadel’s founder and CEO, believes the Federal Reserve has more work to do to bring down inflation even after a series of big rate hikes.

“We should continue on the path that we’re on to ensure that we reanchor inflation expectations,” Griffin said at CNBC’s Delivering Alpha Investor Summit in New York City Wednesday.

The billionaire investor said there’s a psychological component to inflation and people in the U.S. shouldn’t start to assume inflation north of 5% is the norm.

“Once you expect it broadly enough, it becomes reality, becomes the table stakes in wage negotiations, for example,” Griffin said. “So it’s important that we don’t let inflation expectations become unanchored.”

The consumer price index increased 8.3% in August year over year, near a 40-year high and coming in above consensus expectation. To tame inflation, the Fed is tightening monetary policy at its most aggressive pace since the 1980s. The central bank last week raised rates by three-quarters of a percentage point for a third straight time, vowing more hikes to come.

Griffin said he believes the Fed has a difficult job of taming inflation while not slowing down the economy too much. He said there could be a chance for a recession next year.

“Everybody likes to forecast recessions, and there will be one. It’s just a question of when, and frankly, how hard. Is it possible end of ’23 we have a hard landing? Absolutely,” Griffin said.

Citadel is having a stellar year despite the market turmoil and challenging macro environment. Its multistrategy flagship fund Wellington rallied 3.74% last month, bringing its 2022 performance to 25.75%, according to a person familiar with the returns.

On the Bank of England’s intervention in the bond market, Griffin said he’s concerned about the ramifications of diminishing investor confidence. The central bank said it would buy long-dated government bonds in whatever quantities needed to end the chaos caused by the government’s plans to cut taxes.

“I’m worried about what the loss of confidence in the UK represents. It represents the first time we’ve seen a major developed market, in a very long time, lose confidence from investors,” Griffin said.