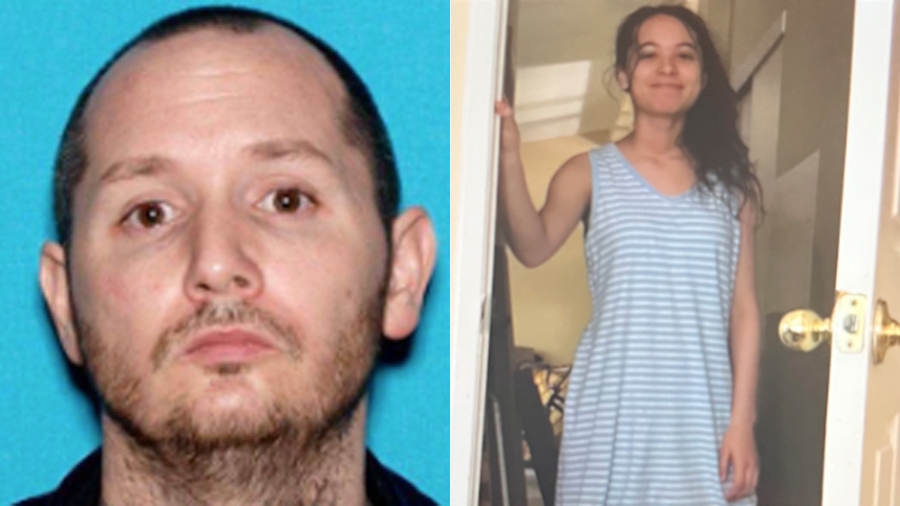 SAN BERNARDINO COUNTY, Calif. (KTLA) — A homicide suspect and his abducted 15-year-old daughter were shot and killed by law enforcement during a pursuit and gunfight along the 15 Freeway in Hesperia Tuesday morning.

The girl was apparently wearing tactical gear when she ran toward deputies and was fatally shot. She was transported to the hospital by helicopter and was pronounced dead.

Authorities were chasing a vehicle belonging to Anthony John Graziano, 45, the suspect in Monday’s shooting and abduction in Fontana.

The couple was in the process of getting a divorce, police said.

Around 10:25 a.m. Tuesday, amid the ongoing manhunt, a resident reported seeing what they believed was the suspect and his 2017 Nissan Frontier in Barstow.

During the chase, numerous patrol vehicles were shot, and one even became disabled. At some point during the ordeal, a deputy was hit in the face with shrapnel, Dicus said.

The pursuit continued through the 15 Freeway before the driver eventually went off road near the Main Street exit and a firefight ensued. During the shootout, the passenger exited the truck while wearing tactical gear, ran toward deputies and “during the gunfire, goes down,” Dicus said.

After the shooting stopped and the vehicle was cleared, authorities realized the person wearing the tactical gear was Graziano’s daughter. The girl was immediately transported to a local hospital, but later died.

Graziano was killed in the shootout.

Dicus said it is unclear if the teen was armed when she ran toward deputies, or if she fired at deputies at any time during the dangerous pursuit, but only one weapon, a rifle, was recovered from the scene.

He added that the information shared Tuesday is preliminary and coroner’s officials need to positively identify both people killed in the gun battle.

Dicus called the investigation “complex,” and indicated his department will be looking at any video taken during the chaos.

Video from Sky5 showed the suspect’s riddled truck on the side of the road with several flat tires and shattered windows.

The California Highway Patrol said all lanes of the 15 Freeway were closed at Bear Valley Road and drivers were being diverted off the freeway due to the ongoing police activity. The roadways were expected to be closed for several hours, officials said.