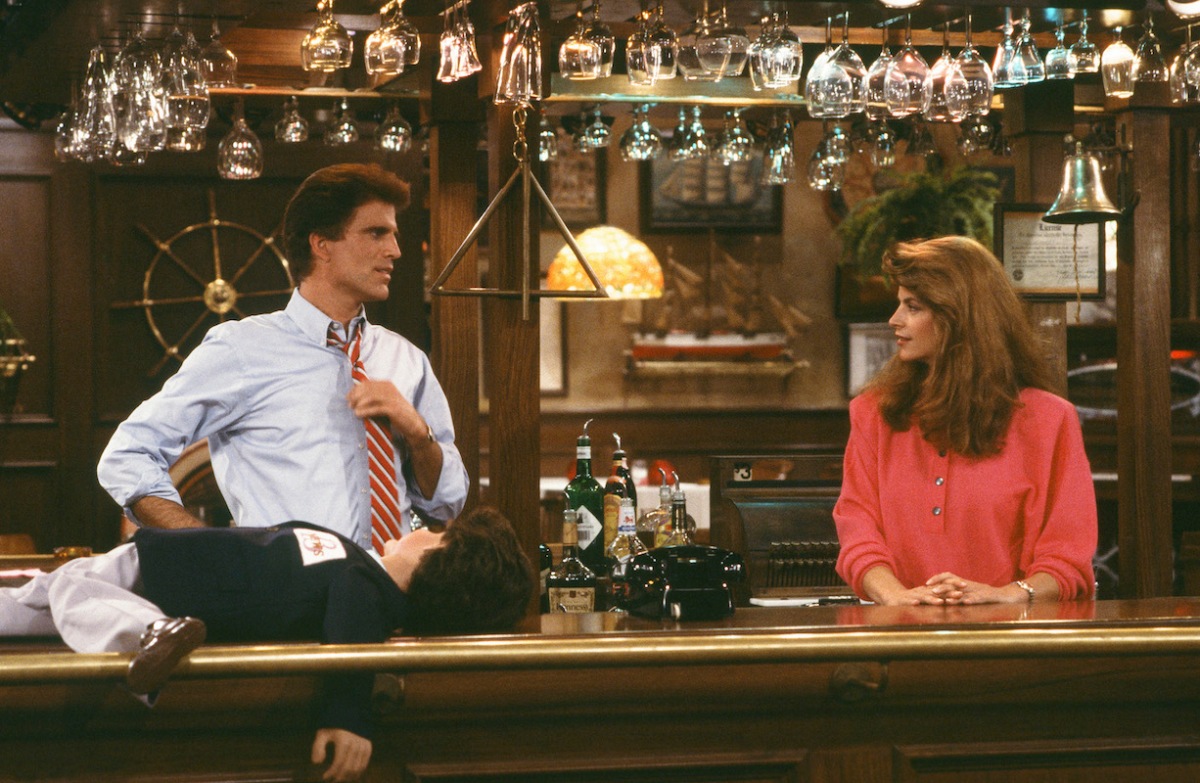 Kirstie Alley died on Dec. 5 after a brief battle with recently diagnosed cancer. Best known for Cheers, Alley’s career still thrived three decades after that series finale. Much of her 2000s career was focused on weight gain and loss. She even made a Showtime comedy series about it called Fat Actress, but she said the scrutiny of her weight began on Cheers.

Alley was on a Television Critics Association panel for Fat Actress in 2005. The show was about a fictional Kirstie Alley’s attempts to lose weight for her career, but Alley revealed that she was already getting grief for it when she was on Cheers.

Alley joined the cast of Cheers in 1987 for its sixth season, after Shelley Long left. She had already starred in movies like Star Trek II, Runaway and Summer School. Alley said producers questioned her weight when she was in the low 100s.

RELATED: ‘Cheers’: Kirstie Alley Once Called Show ‘a Boys’ Club’ and ‘a Dictatorship’

Alley said she went on to make 1989’s Look Who’s Talking after these meetings, and she would also have the comedies Madhouse, Sibling Rivalry and It Takes Two among the two Talking sequels. In 2005, Alley said she’d reached 207 lbs. Before beginning to lose weight.

RELATED: Kirstie Alley Once Pretended Her Pet Lemur Was a Cat to Pass Through Airport Security

“Then when I really got fat, I was so confused by then, I thought ‘I look good,’” Alley said. “Even when we wrote this show, I thought, I said to [co-creator] Brenda [Hampton] before this show started, ‘This is the most humiliating moment of my life.  They might need to pad me because I’m really not that fat.’ But after I saw the first episode, I was like, ‘Oh, my God.  I have the fattest ass in the world. I had no idea I was that fat.’ So this is cathartic for me also.”

‘Fat Actress’ was a satire of societal weight obsession

Fat Actress only lasted one season. In the season finale, Alley determined to lose weight. In real life, she would find weight loss success both with Jenny Craig and as a contestant on Dancing With the Stars. Alley had a healthy attitude towards it all.

I’ve stopped seeking approval of what I look like. I think that was the liberating cathartic part of this whole thing was I just finished writing a book called How to Lose Your Ass and Regain Your Life. And I looked back at my life at times when I weighed 115 and I was probably the most physically beautiful of my life, and I had a horrible life. And there were different places along my life where I was dumped by somebody when I like to say [I was] Halle Berry beautiful, because you look at other women and you go, ‘I can’t believe that guy cheated on her.  I can believe they would cheat on me, but not on her.’ So I look back and I think, ‘Wow, it didn’t really have anything to do with my body.’

RELATED: Kirstie Alley Called John Travolta Her ‘Soul Mate’: ‘I Love Him, I Should Have Married Him’