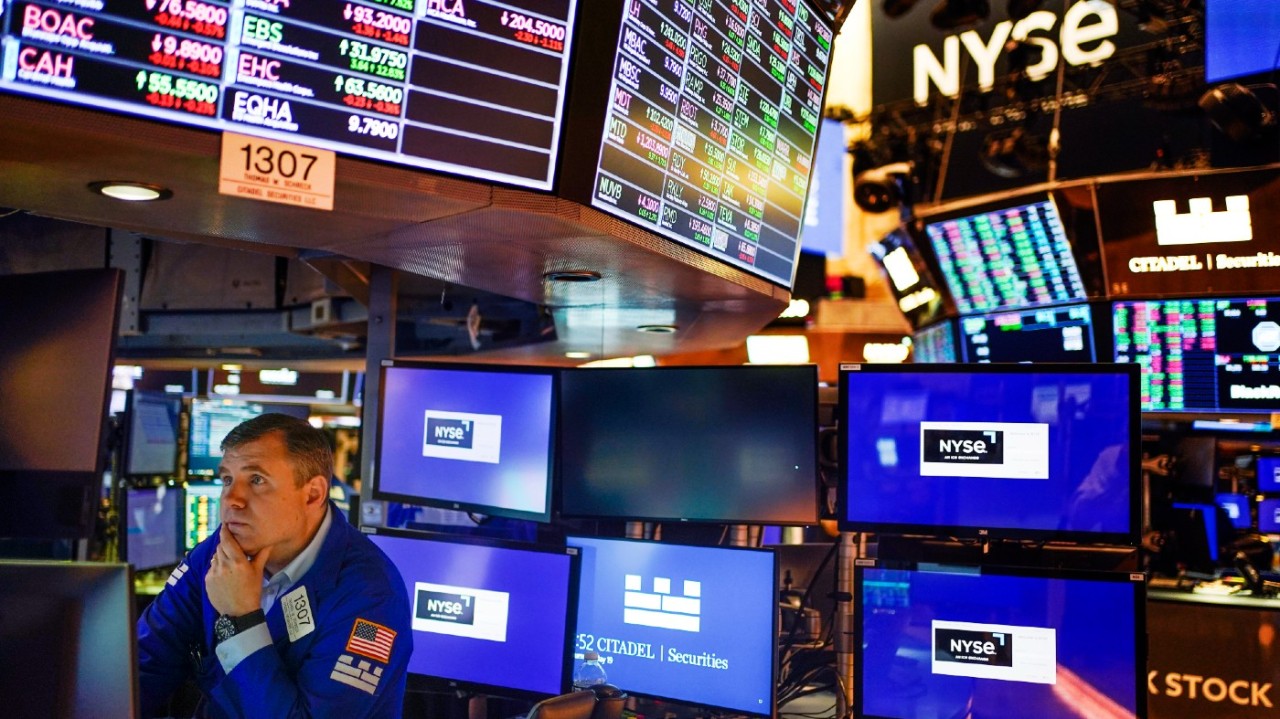 The continued drop in labor costs has economists pointing to private sector profits as a main driver of inflation, undercutting arguments from the Federal Reserve regarding its plan to bring down consumer prices that remain around 40-year highs.

Unit labor costs, which are measured by the Labor Department to determine how much businesses are paying for workers to produce their goods and services, have been getting outpaced by profits over several quarters, leading economists to call out a trend.

“Today’s inflation is more about margin expansion than labor costs,” he wrote. Earlier this week, Donavan said the slowing labor cost growth underscored “how little of the current inflation is labor related.”

That’s a very different argument from the one put forward by many U.S. policymakers, both in the political and economic sectors.

Speaking on CNBC Thursday morning, Rep. Kevin Brady (Texas), the top Republican on the Ways and Means committee, sounded a familiar refrain, arguing the labor situation in the U.S., which has been characterized by a tight job market and rising nominal wages, was behind lingering consumer inflation.

“Both the White House and the Fed don’t understand the worker crisis we’re in and how that’s driving higher prices persistently for a long time, as well,” Brady said.

Ways and Means Republicans have gone so far as to blame inflation on a “wage-price spiral,” the mutually reinforcing pressure of wages on prices and vice versa that led the Nixon administration to freeze both for 90 days during high inflation in the 1970s.

At their latest meeting in November, Federal Reserve bankers disagreed, saying that a wage-price spiral “had not yet developed.” They noted that “ongoing tightness in the labor market could lead to an emergence” of one, but this week’s loosening unit labor cost data could make that less likely.

Despite the Fed’s observation that a wage-price spiral has yet to occur, the central bank hasn’t been shy about linking the effects of wages upon inflation.

Bankers assessed in their November meeting that “the factors that had boosted inflation since the middle of last year—most notably, strong wage growth and the effect of supply constraints on prices—would persist for longer than previously thought.”

But a November research paper from the Bank of International Settlements (BIS) – sometimes referred to as the central bank for central banks – downplayed this relationship in the global economy. BIS found that even when wage-price spirals do take hold in advanced economies, they don’t typically spiral out of control, running counter to their name and to the Nixon-era example that made them famous. Rather, they tend to peter out.

“Surprisingly, only a small minority of such episodes were followed by sustained acceleration in wages and prices. Instead, inflation and nominal wage growth tended to stabilize, leaving real wage growth broadly unchanged,” BIS researchers found.

“When focusing on episodes that mimic the recent pattern of falling real wages and tightening labor markets, declining inflation and nominal wage growth increases tended to follow – thus allowing real wages to catch up. We conclude that an acceleration of nominal wages should not necessarily be seen as a sign that a wage-price spiral is taking hold,” the researchers said.

Such findings put the focus back on profits as a reason that inflation may be proving sticky. But economists caution that profits in some sectors of the economy are contributing more to inflation than profits in other sectors, and that ascribing the effect of profits upon inflation uniformly misses the mark.

“There are some corporations that are earning extraordinary profits right now. That’s even a technical term – ‘extraordinary.’ That’s like oil and gas and meatpacking,” Claudia Sahm, former Federal Reserve banker and founder of Sahm Consulting, said in an interview.

“But a lot of small business owners are getting crushed. Everything they need to put stuff on the shelves has gone up in price. They’re not making a lot in profits, and they’re a very important part of the economy. So I don’t like to lump everybody together.”

Economists have expressed doubts about whether interest rate hikes can address profit-driven inflation, even though it might not be evenly distributed across industries and economic sectors.

“Since the labor share [of inflation] is declining and it’s coming from profits, it’s hard for the Fed to have policies that can address that. Raising interest rates don’t rein those things in,” Bill Spriggs, chief economist with the AFL-CIO labor union federation, told The Hill.

Spriggs said that higher rates may in fact be working in the opposite direction.

“They can set a certain mentality, particularly with the way the Fed is talking about things. The Fed is suggesting that it would tolerate a recession in order to lower prices. If I’m a business person, why would that make me want to lower prices and drop my profits now, since you’re telling me that next quarter I’m going to start losing money?” he said.

More targeted proposals to fight inflation and price increases by businesses have been advanced by Democrats in recent months, mainly in the form of windfall profits taxes on the oil sector, which the United Nations has singled out as a primary source of commodity inflation.

One such proposal was put forward in California this week by Gov. Gavin Newsom (D).

“California’s price gouging penalty is simple — either Big Oil reins in the profits and prices, or they’ll pay a penalty,” Newsom said in Monday statement. “Big Oil has been lying and gouging Californians to line their own pockets long enough. I look forward to the work ahead with our partners in the legislature to get this done.”

Democrats Rep. Ro Khanna (Calif.) and Sen. Sheldon Whitehouse (R.I.) have their own similar proposal on the national level, which would levy a tax on the difference between the current price of oil per barrel and the average cost between 2015 and 2019.

How automakers are leaning on dealerships in electric vehicle charging race

“Big corporations, especially Big Oil, are using inflation as an excuse to gouge consumers, hoard record profits, and raise CEO pay and bonuses. We’ve got to protect hardworking Americans from corporate profiteering, and passing my bill to claw back Big Oil windfall profits is the right place to start,” Whitehouse said in a statement to The Hill.

“We’ve seen this mistake before,” he said. “This is a Carter-era tax hike that slashed production while making the U.S. more dependent on foreign oil. This couldn’t come at a worse time for American families suffering under 40-year high inflation, who are on track to pay the highest prices to keep their homes warm in 25 years.”

‘Outer Banks’ Season 3 Trailer: John B Reunites With His Dad and the Pogues Hunt for El Dorado Treasure