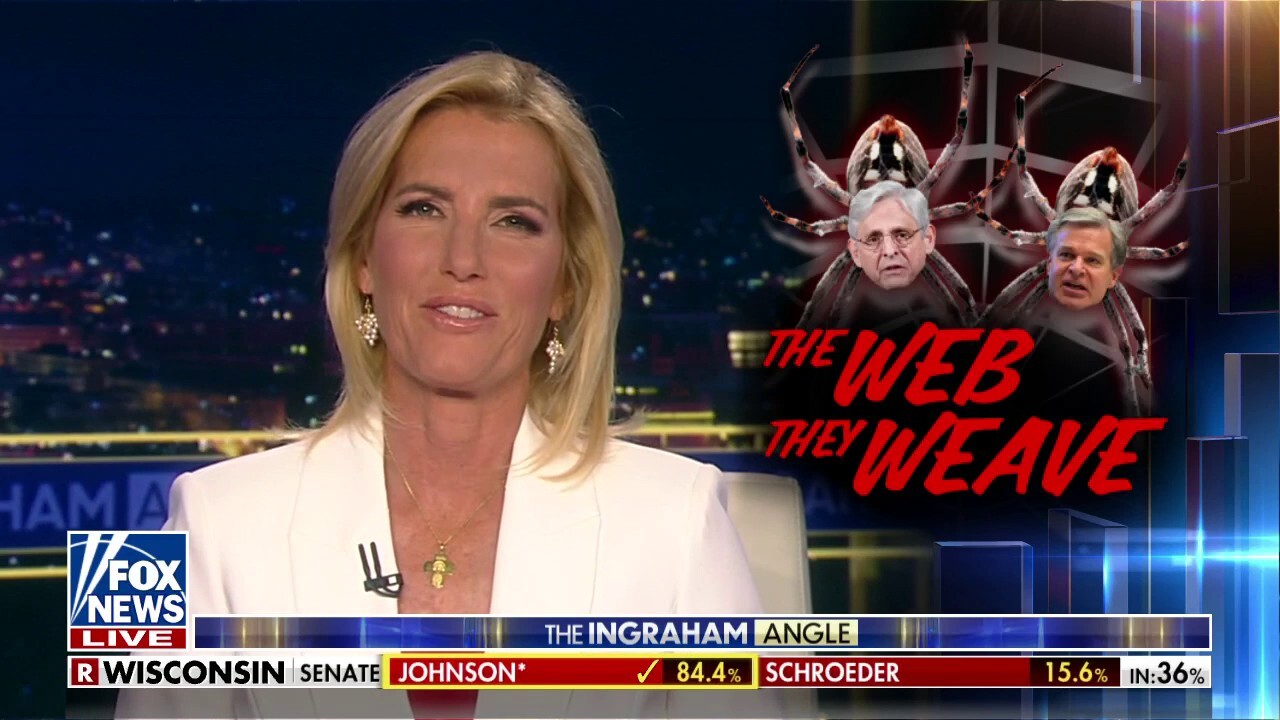 Angle: The Web They Weave

Laura Ingraham analyzed how the raid of former President Donald Trump’s home at Mar-a-Lago happened because of a document dispute even after Trump’s legal team voluntarily met with government investigators on “The Ingraham Angle.”

LAURA INGRAHAM: Just hours ago, we learned more about just how petty and venal Attorney General Merrick Garland is that he would send federal agents into the home of a former president and likely 2024 candidate over a document dispute. The Washington Post is reporting tonight that Monday’s raid came months after the Trump legal team voluntarily met with government investigators at Mar-a-Lago.

LAURA INGRAHAM: THE REAL TARGET OF THIS INVESTIGATION IS ANYONE WHO DARES TO CALL OUT THE CORRUPTION OF DC

This was back in June. Now, the ostensible reason for the visit was the concern that some documents were retained by Trump when he left office rather than being turned in to the National Archives. Trump stopped by the meetings as it began to greet the investigators, but was not interviewed. The lawyer showed the federal officials the boxes, and DOJ officials spent some time looking through the material.

According to Trump’s attorney, Christina Bobb, Justice Department officials commented that they did not believe the storage unit where these moving boxes were kept was properly secured. So Trump officials added a lock to the facility. Sounds reasonable. When the FBI agents searched the property on Monday, Bobb added, that they broke through the lock that had been added to the door. Of course, at the federal authorities‘ request, they broke their own lock. Keystone Cops here with DOJ credentials. This is absurd.

Avoid doing these 5 activities at home during a thunderstorm, says a meteorologist and storm chaser

Corona: FDP campaign team without a mask on the bus