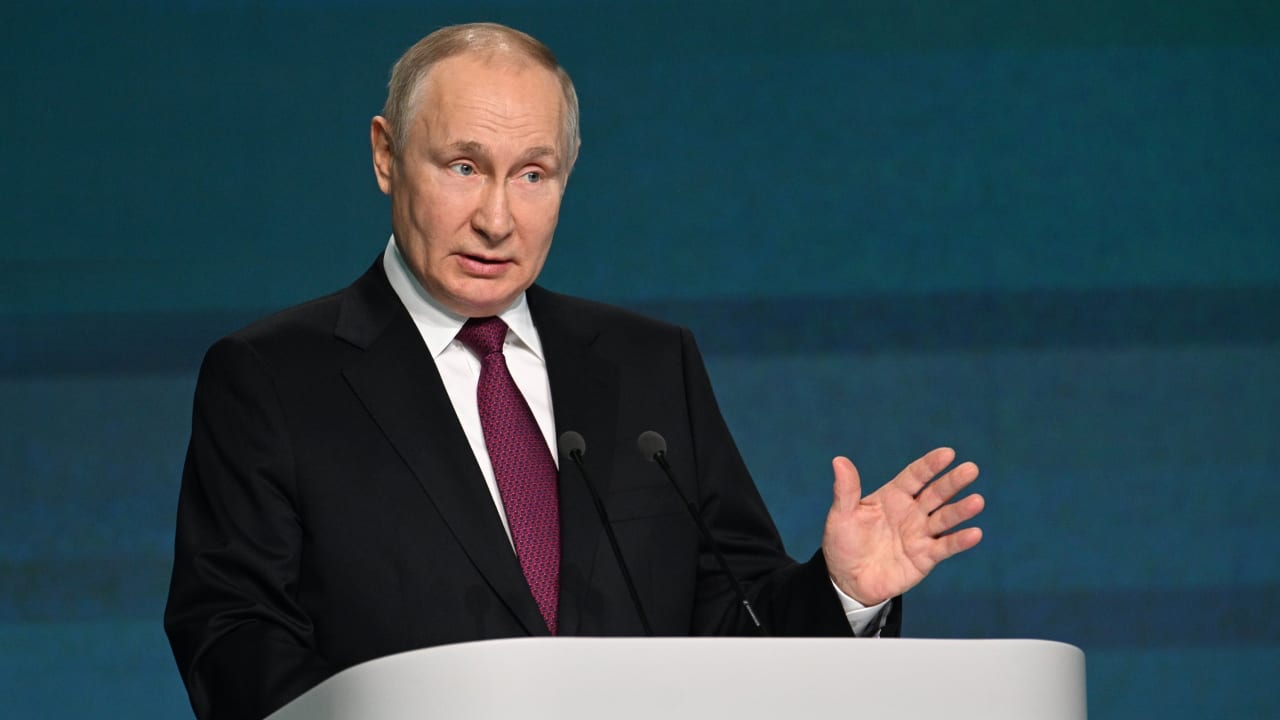 Gays and lesbians in Russia live in constant fear. And it gets even worse …

On Thursday, the Kremlin warmonger decided to once again drastically restrict the rights of LGBT people in his country with a new law.

Totally insane: After the passage of the law on so-called “LGBT propaganda” by the State Duma, any positive LGBT representation, for example of lesbian and gay love, is punishable with immediate effect!

▶︎ In plain language: Posts in social networks, but also content from books, films, media and advertising with reference or even the slightest mention of homosexuality are prohibited! Even that Rainbow, the global symbol of the LGBT movement, has been a thorn in Putin’s side for years.

LGBT is the English abbreviation for lesbian, gay, bisexual and transgender

So far, the ban issued in 2013 only applied to statements and representations made in the presence of minors. There have also been major international protests against this for years.

Vyacheslav Viktorovich Volodin (58), the leader of the House of Commons and one of the authors of the homophobic law, told the online service Telegram: “Any promotion of non-traditional sexual relations will have consequences”.

The legislation “will protect our children and the future of this country from the darkness that the US and European states are spreading,” he rambled on.

In dealing with children and young people, the catalog of prohibitions has now been significantly expanded: For example, no information about gender reassignments in transgender people may be passed on to minors that could “encourage” them to take such a step.

Months ago, activists warned of the tightening of the law that has now taken place. They now fear even greater discrimination against homosexual and queer people in Russia.

Anyone who violates Putin’s homophobic Gaga law faces heavy fines! In concrete terms, citizens would then have to pay fines of up to 200,000 rubles (almost 3,200 euros), and companies and organizations even up to five million rubles (almost 80,000 euros).

And the madness doesn’t stop with cinema blockbusters either! If, from the point of view of the Russian judiciary, cinema films “promote non-traditional sexual relations”, the distribution license should be denied.

Publishers write a letter to the Russian Book Union

Many critically minded artists and cultural workers have already fled abroad – also in view of the Russian war of aggression against Ukraine, which has been going on for nine months.

But the new LGBT law is also causing great uncertainty among those who remain.

According to information from the newspaper “Kommersant”, several publishers recently expressed concerns in a letter to the Russian Book Association. A publisher, for example, has noted that even the mention of certain historical facts could be fatal to him.