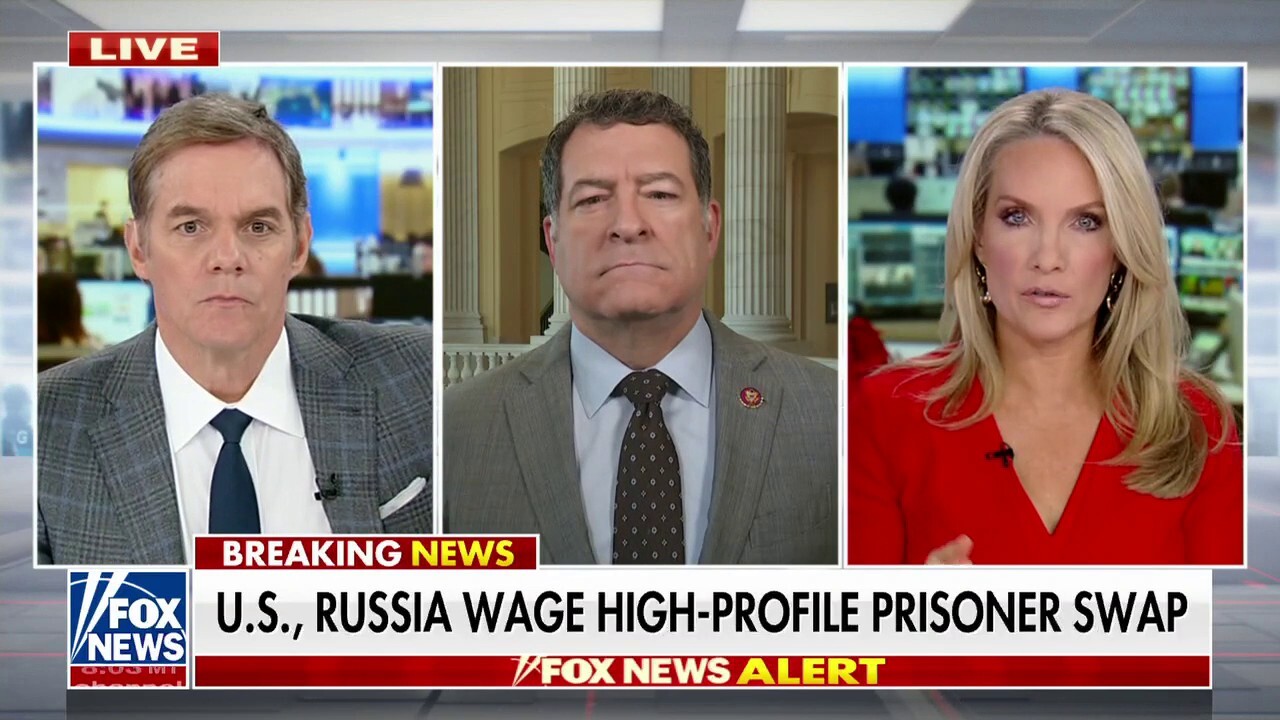 The Biden administration is facing backlash for the Brittney Griner prisoner swap that traded Russian arms dealer Viktor Bout for the WNBA star without securing the release of another detainee, former U.S. Marine Paul Whelan.

“The real problem here is just the weakness of this president,” Green told Bill Hemmer and Dana Perino. “We’ve got a Marine sitting over there. We traded this merchant of death guy who was going to target U.S. military personnel. And so what is the message we’re sending to the people serving in our military, or who might one day serve?”

WHO IS VIKTOR BOUT, RUSSIA’S ‘MERCHANT OF DEATH’ FREED IN PRISONER SWAP FOR BRITTNEY GRINER?

“We’ll leave the Marine in the jail in Russia, we’ll free the guy who was going to target U.S. military soldiers and just get… the high-profile basketball player,” he continued. “It’s a terrible message to send not only to the despots of the world who now know they can get a trade if they just capture an American, but to the military, the United States military, who are saying, hey, I can serve this country and the president will leave me and take the basketball player.”

Biden announced at the White House Thursday that Griner has been released from a Russian prison and is on her way home. He thanked the United Arab Emirates (UAE) for its role in facilitating her homecoming.

But critics have been quick to call out the White House for leaving Whelan behind. He has been held in a Russian prison since 2018 on espionage charges.

BRITTNEY GRINER’S LEGAL TEAM MET WITH WNBA STAR AT RUSSIAN PENAL COLONY: ‘DOING AS WELL AS COULD BE EXPECTED’

Whelan’s brother, David Whelan, congratulated Griner on her release in a Thursday statement, but lamented the Biden administration’s failure to release his brother.

“There is no greater success than for a wrongful detainee to be freed and for them to go home. The Biden Administration made the right decision to bring Ms. Griner home, and to make the deal that was possible, rather than waiting for one that wasn’t going to happen,” he wrote.

“She will be reunited with her family.  Brittney is free. And Paul is still a hostage. But how many more times do I need to write that?” he continued. “Despite the possibility that there might be an exchange without Paul, our family is still devastated.  I can’t even fathom how Paul will feel when he learns.  Paul has worked so hard to survive nearly 4 years of this injustice.”

Biden mentioned during his remarks at the White House that the administration remains committed to bringing Whelan home, despite its second failed attempt at doing so.

“This was not a choice of which American to take home,” Biden made clear, saying that Russia is treating Whelan differently from Griner “for totally illegitimate reasons.”

“We will never give up,” Biden said.

Despite the administration’s words, Sen. Joni Ernst, R-Iowa, pressed the White House on its plan to secure Whelan’s release on “The Brian Kilmeade Show.”

“I am extremely glad that Brittney is, being returned,” Ernst told Kilmeade. “I think it’s a good thing whenever we can unify American families, but we have a lot more work to do, obviously. What about Paul Whelan?… I would love to know what the Biden administration’s plan is for Paul Whelan.”

“We paid a heavy, heavy price for Brittney Griner, and I truly hope that she does appreciate and respect the U.S. now and all that this country has done for her.”

Bailee Hill is an associate editor with Fox News Digital. Story ideas can be sent to [email protected]