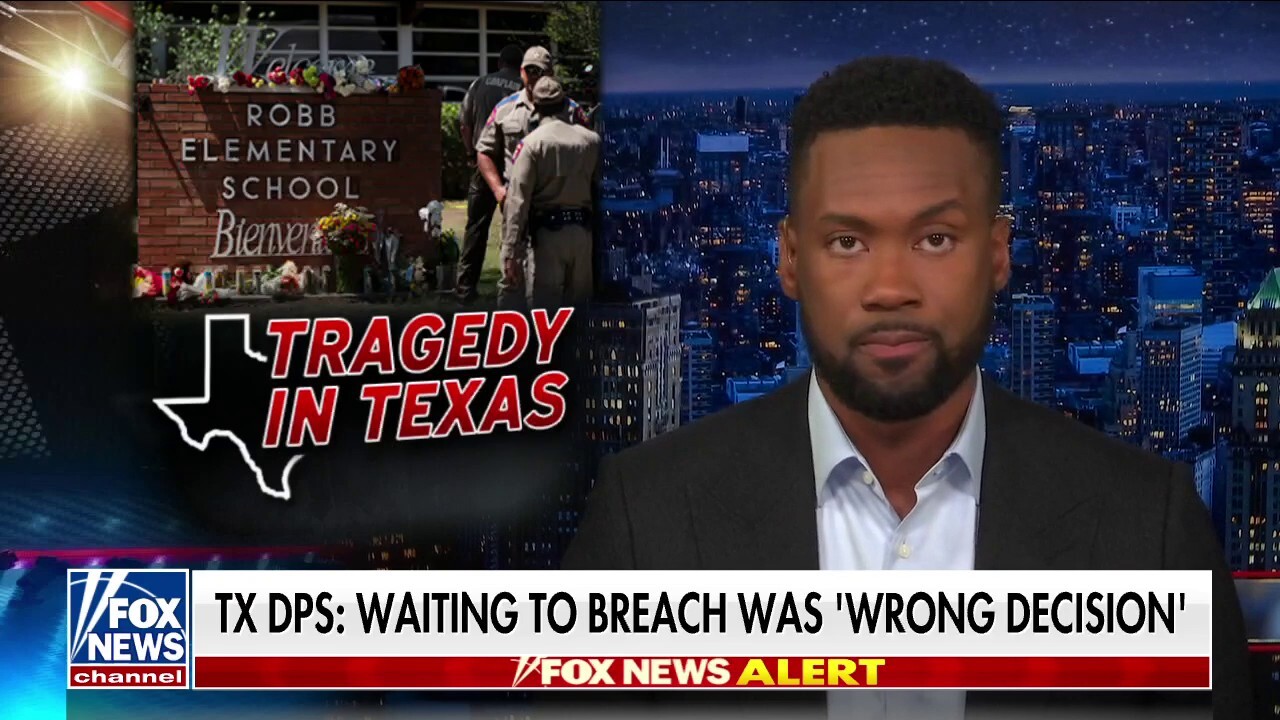 “Jesse Watters Primetime” guest host Lawrence Jones said someone “dropped the ball” in responding to the shooting at Robb Elementary School in Uvalde, Texas, and that authorities know it in Friday’s opening monologue.

LAWRENCE JONES: Those kids [who] survived will never be the same. It’s hard to imagine what these poor kids went through, locked in a room with a monster. And today, we’re finally learning what happened in the hour leading up to the police breaching the classroom and killing the madman. And it’s not good. Texas DPS said that the children in the classroom were calling 911 throughout the hour, begging for the police to come help them.

The Border Patrol sources that are close to the incident [say] that the BORTAC agents inside of the school were not aware of those calls that were coming in. They also told me they dispute the timeline. And we don’t know if those calls were being relayed to the commanding officers on the ground. So that leaves us with one of two options: Either 911 dispatch wasn’t relaying the call to the commanding officer at the scene, or they were, and that would mean that the leadership on the ground knew shots were being fired inside of the classroom where kids were still alive and still — against all logic — ruled that it wasn’t an active shooter situation. Either way you look at it, someone dropped the ball, and they know it.

Texas Gov. Greg Abbott speaks during a press conference about the mass shooting at Uvalde High School on May 27, 2022 in Uvalde, Texas.
(Photo by Yasin Ozturk/Anadolu Agency via Getty Images)

WATCH HIS FULL COMMENTS BELOW: