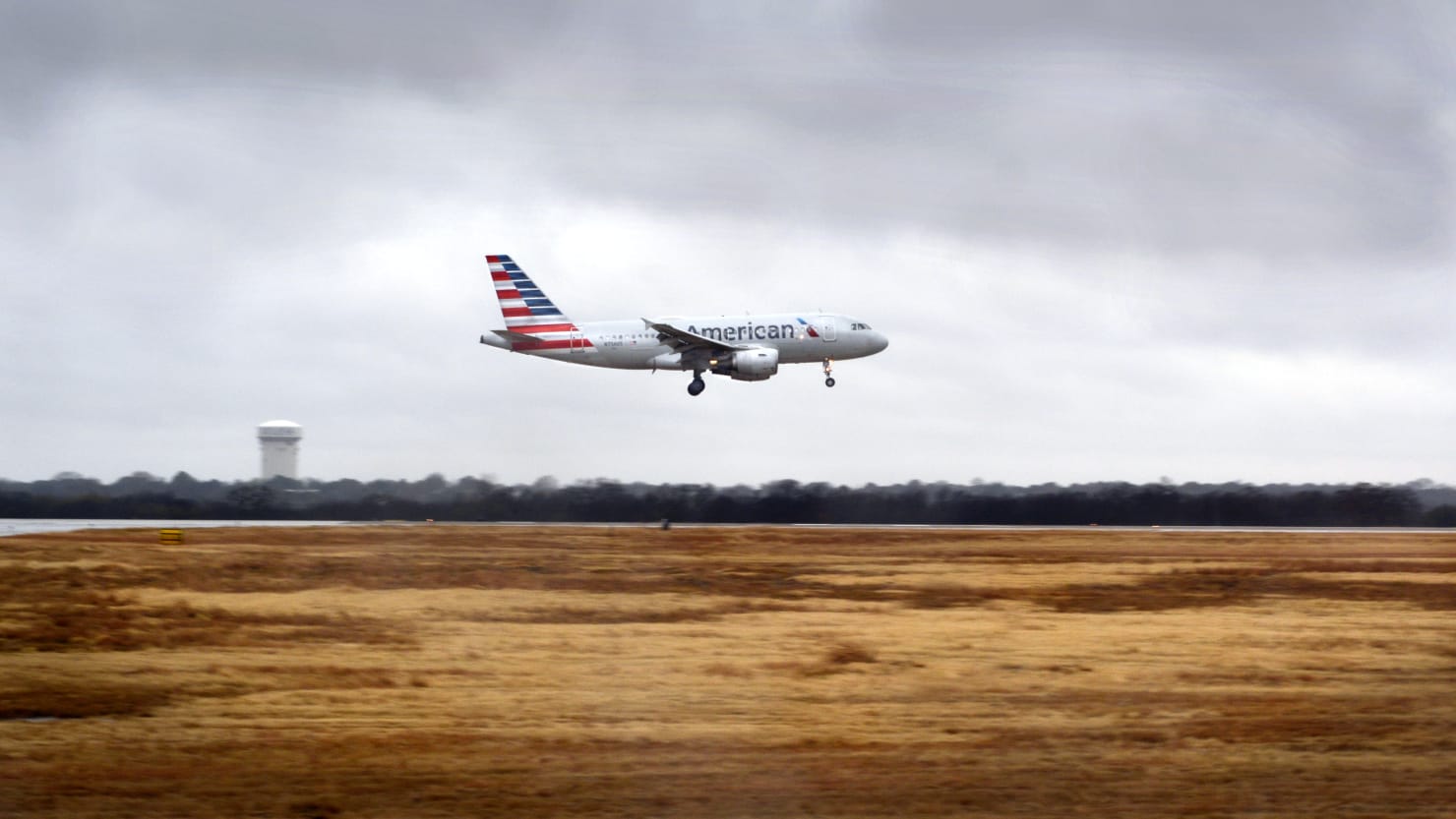 An American Airlines jetliner traveling cross-country on Tuesday was forced to land in Texas when a woman stood up and told everyone on the plane they were all about to die and must “repent,” according to a passenger who witnessed the frightening episode.

Flight 1295 left Miami for Los Angeles early Tuesday morning, but the Airbus A321neo diverted to El Paso “after a disturbance in the cabin involving an unruly customer,” AA spokesman Derek Walls said in an email, declining to provide additional details. “Local law enforcement met the plane upon arrival and the flight has since departed with all remaining customers.”

Tammy Fonce, a spokeswoman for the City of El Paso, confirmed that an AA aircraft “was diverted” to the city’s international airport but referred all additional inquiries to the airline.

A business traveler who was on the flight told The Daily Beast he suspected something was about to go awry when a loud commotion erupted several rows behind him.

“It’s an early flight… so we were all kind of just working and minding our own business,” the passenger said by phone after finally getting to L.A. “All of a sudden, we heard screaming coming from the back, and a flight attendant was saying to a passenger, like, ‘Are you in danger? Is anything going on? Are you OK?’ And she said, ‘No, we’re all gonna die. Repent, repent!”

The passenger, who asked not to be named, said he thinks the unidentified woman had gone up front to use the restroom, which is “when everything started.”

Just as it “seemed like she was about to get violent,” flight attendants were able to restrain the woman and get her into a pair of flex cuffs. An off-duty police officer on the same flight offered to sit next to the woman as crew members tried to calm her.

Nothing had appeared unusual about the woman prior to the outburst, other than that she seemed “fidgety,” according to the passenger who spoke to The Daily Beast. He said a flight attendant finally asked the woman if she was “in her right mental mindset,” to which she answered, “No.”

The flight attendant then asked the woman if she needed “to get off this plane,” to which she replied, “Yes,” the passenger recounted.

“I think we were literally flying over El Paso, because we went straight down from there,” he said. “When we landed, they had the fire [department] come and check the airplane… They were… looking for explosives. I think that was the most jarring part.”

Law enforcement then boarded the plane and escorted the woman off. It is unknown if any charges have yet been filed.

While it is unclear what prompted Tuesday’s outburst, the Federal Aviation Administration (FAA) says it has seen “a disturbing increase in incidents where airline passengers have disrupted flights with threatening or violent behavior.”

As of Sept. 20, the FAA has fielded 1,973 reports of unruly passengers this year, according to FAA data. Of those, they have initiated 680 investigations and 468 enforcement actions, with 80 cases referred to the FBI. The numbers have dropped from an all-time high in 2021, but there “remains more work to do,” the agency says, which fined badly behaved passengers more than $1 million last year. (How much of that total has been collected to date remains unclear.)

Last week, a 33-year-old California man was charged for allegedly punching an American Airlines flight attendant in the back of the head while traveling from San José del Cabo, Mexico, to Los Angeles.

In April, a first-class passenger flying Delta from Atlanta to Phoenix became livid and allegedly attacked a flight attendant who declined to serve him more alcohol.

Another Delta traveler was arrested in January after authorities said he dropped his pants and “mooned” the rest of the cabin after refusing to wear a face mask on a trip from Dublin to JFK.