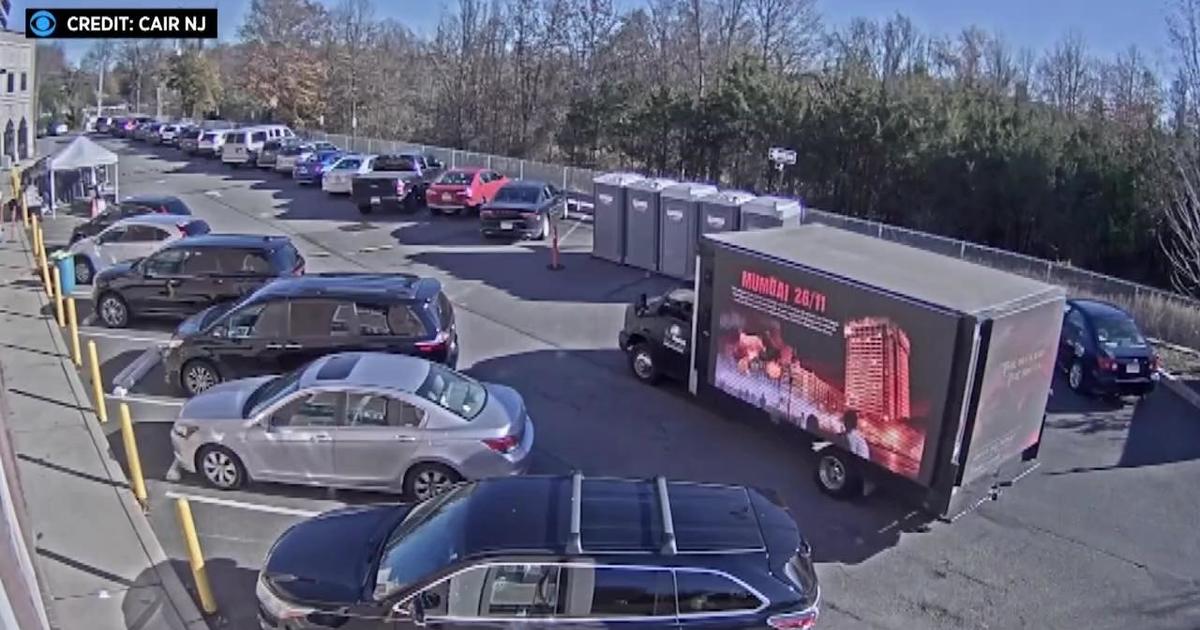 PISCATAWAY, N.J. – The leaders of at least four mosques in New Jersey say they are being harassed.

Surveillance video captured a truck displaying anti-Muslim messages driving by their congregations on a recent Saturday.

The truck with a moving anti-Muslim billboard is the focus of an investigation by the Middlesex County Prosecutor’s Office.

Multiple videos from mosques in Piscataway, Edison, North Brunswick and Fords show the truck circling their properties on Saturday, Nov. 26.

The images on the truck are from the Nov. 2008 terrorist attacks in Mumbai, India that were carried out by an Islamist terrorist organization from Pakistan.

“The truck did visit the mosques during peak hours,” said CAIR New Jersey Executive Director Selaedin Muskat. “It’s a way to throw dirt in the face of Muslims, to cast blame or shame them for an act that happened very far away from New Jersey… it perpetuates Islamophobia.”

One congregant took footage of the truck on Route 18 North.

It comes as there’s an uptick in anti-Muslim incidents in New Jersey. CAIR New Jersey says there’s been 150 incidents this year alone – 40 more than last year.

Dr. Dalia Fahmy, professor of political science at Long Island University, is also a congregant at one of the mosques that were targeted.

“Words matter, because words lead to violence,” Fahmy said. “The Middlesex County Muslim community has a very long history of interfaith outreach, so it’s quire surprising that it would happen here.”

CAIR believes the suspect, or suspects, could face charges of bias intimidation and harassment.

“Attempts to intimidate and harass people, especially at their own houses of worship, crosses a red line that can’t be accepted or tolerated by anyone,” Muskat said.

CAIR says it’s in contact with the FBI and the attorney general. Both are investigating.

CAIR says incidents like this mirror tactics used against Muslims in the aftermath of 9/11.

Last week, Gov. Phil Murphy condemned it, saying it was a “horrible act of bigotry.”