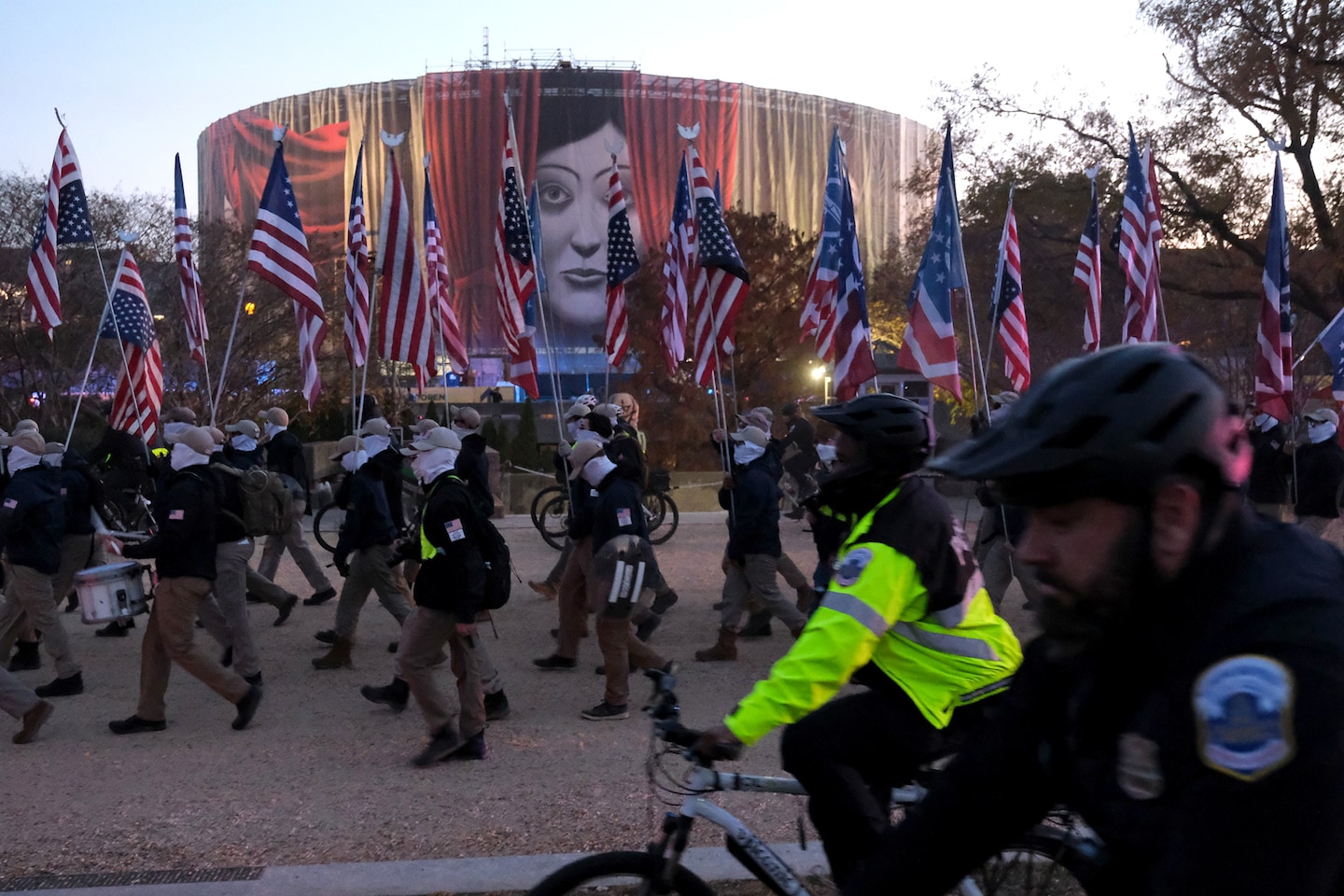 In a report Thursday, the Leadership Conference on Civil and Human Rights, a coalition of more than 200 groups, calls on the administration to stop broad surveillance of social media accounts, rein in the use of federal government terrorist watch lists, oppose new domestic terrorism laws and adopt greater safeguards on information gathering.

The recommendations come nearly 18 months after President Biden released the National Strategy for Countering Domestic Terrorism, marking the first coordinated public plan by the federal government to monitor and head off homegrown extremism in the United States.

Leadership Conference officials said a focus on combating domestic extremism is important at a time of rising white nationalism and a spike in hate crimes. But they reiterated concerns that the administration is too readily importing strategies from two decades of trying to combat foreign-based terrorism that, they said, have disproportionately targeted minority communities.

“One of things we’re trying to highlight, without necessarily saying it, is that we do not need a new war on terror,” said Nadia Aziz, the senior director of the Leadership Conference’s Fighting Hate & Bias initiative. “We should not use the same framework, the same rules, that were used in post-9/11 framework, in which we saw tremendous harm in some communities.”

The Biden White House unveiled the 32-page strategy in June 2021, months after the deadly Jan. 6 assault on the U.S. Capitol and amid warnings from U.S. intelligence agencies that a resurgence in far-right extremism was a top threat to national security.

The strategy aimed to coordinate efforts across the government in law enforcement and prevention, some of which were already underway. It called for new spending at the Justice Department and FBI to hire analysts, investigators and prosecutors; greater information-sharing between the federal government and state and local partners as well as with tech companies; and addressing the factors contributing to the problem, such as systemic racism.

Kanye, Trump and the return of overt antisemitism: ‘Something is different’

Civil rights groups logged objections at the time that the strategy relied “too heavily on law enforcement suspicion, investigation, and policing of beliefs rather than actual conduct,” as the American Civil Liberties Union put it. The Leadership Conference’s report — compiled in conjunction with the Brennan Center for Justice at New York University Law School — is a more comprehensive attempt at highlighting concerns and recommending changes nearly two years into Biden’s presidency, according to the authors.

The report faults the federal government as relying on threat-assessment strategies that, the authors said, granted law enforcement agencies “immense discretion regarding whom or what to look into” and “enabled law enforcement to baselessly tar entire communities with suspicion.”

It cites a government watch list that in recent years topped 1 million people, including U.S. citizens, identified as known or suspected terrorists and called on the administration to enact due-process safeguards, including a “meaningful notice of the basis for placement” on the list and a hearing before an independent arbiter empowered to remove people from the list.

Efforts to track extremist networks through online social media accounts “raise serious concerns because they can blur the line between scrutiny of constitutionally protected or simply innocuous activity and genuine threats of violence,” the report states. “The administration should stop conducting broadscale social media surveillance,” the authors write.

In January, Assistant Attorney General Matthew G. Olsen, who oversees the Justice Department’s national security division, announced the formation of a new domestic terrorism unit, noting that the number of FBI investigations of suspected domestic violent extremists — those accused of planning or committing crimes in the name of domestic political goals — had more than doubled since spring 2020.

The Leadership Conference report called it “concerning” that the unit is being housed in Justice’s national security division, calling for greater clarification over how that division will coordinate with Justice’s civil rights division to “prevent abuse of broad counterterrorism authorities.”

Biden has said his administration is committed to ensuring racial equity in criminal justice. Some top Justice officials have a background in civil rights. Olsen began his Justice Department career as a trial attorney in the civil rights division, and Associate Attorney General Vanita Gupta previously served as president and chief executive of the Leadership Conference.

A Justice Department spokeswoman declined to comment on the report. And national security experts said the Biden administration is unlikely to change course significantly, especially amid growing concern about hate speech and attacks proliferating online and in everyday life.

Civil rights groups “have been intellectually honest and consistent on their opposition to watch-listing and monitoring,” said Seamus Hughes, the deputy director of the Program on Extremism at George Washington University. “On the other hand, you do have a rising domestic terror threat in this country and a general frustration among policymakers that they don’t have the ability to affect that in meaningful ways. I don’t see, reading the tea leaves, any large-scale movement in the domestic terrorism approach in the coming years.”