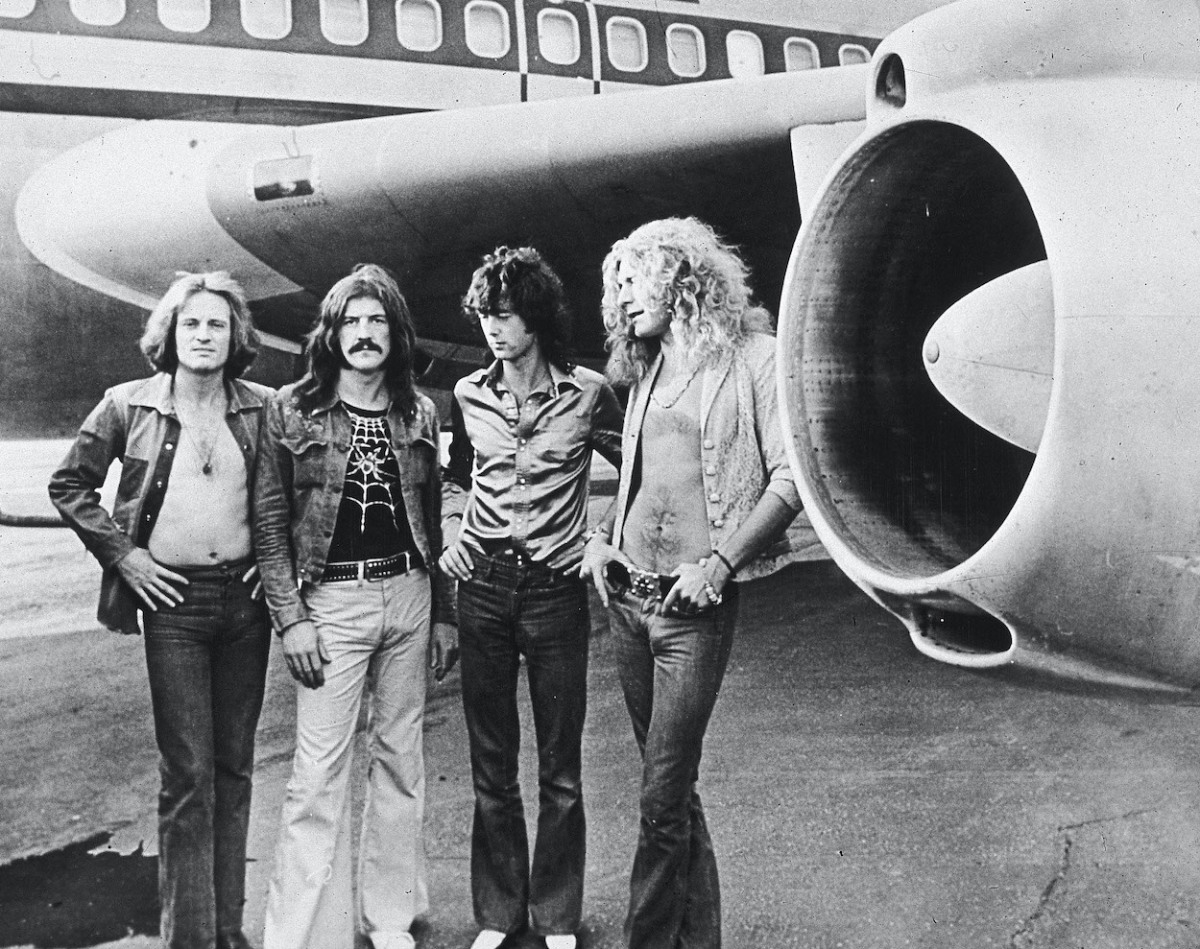 The name Led Zeppelin evoked a crashing airship, but the band was the exact opposite. They earned the biggest advance ever from Atlantic Records and rocketed to prominence almost as soon as their debut album hit shelves. They flew high for much of the 1970s and toured the world in style in a private jet, but Led Zeppelin’s airplane actually belonged to someone else and set the band back $2,500 an hour.

Led Zeppelin sold millions of records during their heyday

Led Zeppelin usually joins the short list of the greatest classic rock bands alongside The Beatles and The Rolling Stones. However, Jimmy Page, Robert Plant, John Bonham, and John Paul Jones sold more albums in the United States than the Stones.

From their 1969 debut through their final release as a functioning band a decade later, all but two Led Zeppelin albums reached No. 1 on the charts.

But Zep built their reputation playing live. When they took their muscular tunes on the road, they were a well-oiled machine that won over audiences. Led Zeppelin started breaking records for concert attendance once held by The Beatles. They were the biggest band on the planet, and they traveled to their legendary shows in style, but Led Zeppelin’s decadent airplane actually belonged to someone else.

Led Zeppelin’s airplane didn’t belong to them and cost $2,500 every hour it was in the air

RELATED: Led Zeppelin Earned a $2 Million Paycheck for 1 Song Almost 50 Years After it Came Out

Led Zeppelin’s airplane was a sky-high pleasure palace. It had a king-size waterbed, a lounge with a fireplace, a TV console, and a lengthy brass-trimmed bar with an organ. It contained everything a larger-than-life rock star could want. And it wasn’t theirs.

Plant, Page, Jones, and Bonham made the jet famous with a photo of them standing next to it on the tarmac, but Led Zeppelin’s plane belonged to Bobby Sherman.

The heartthrob singer and his manager bought the plane in 1973 for $600,000, spent $200,000 renovating it, and started leasing it to musicians, according to Robb Report. Led Zeppelin chartered the plane first in 1973 and dubbed it The Starship. Rockers such as Elton John, Alice Cooper, and The Allman Brothers Band took flight later.

The Starship didn’t come cheap, either. Between paying for fuel, pilots, and two live-in stewards, it cost $2,500 every hour it was in the air, as Billboard writes. However, the good times couldn’t last. Sherman grounded the Starship four years after it took flight and sold it for parts in 1982.

Traveling to and from gigs in a tricked-out private jet was the height of rock ‘n’ roll decadence. Led Zeppelin christened the Starship, and by the time the plane was grounded four years after its 1973 debut, the band also started to fall from its heights.

Plant suffered severe injuries in a vacation car crash, but his band members rushed him back to work. That didn’t sit well with the singer, who called out Page and Led Zeppelin’s manager on the 1976 album Presence.

Plant’s son died suddenly in 1977. He considered quitting music but pressed on. However, by the time Led Zeppelin recorded 1979’s In Through the Out Door, Page’s drug use and Bonham’s drinking had virtually split the band into two factions. When Bonham died in 1980, the band called it quits.

The band ground to a halt, but Led Zeppelin’s airplane will forever symbolize of the incredible heights they achieved.