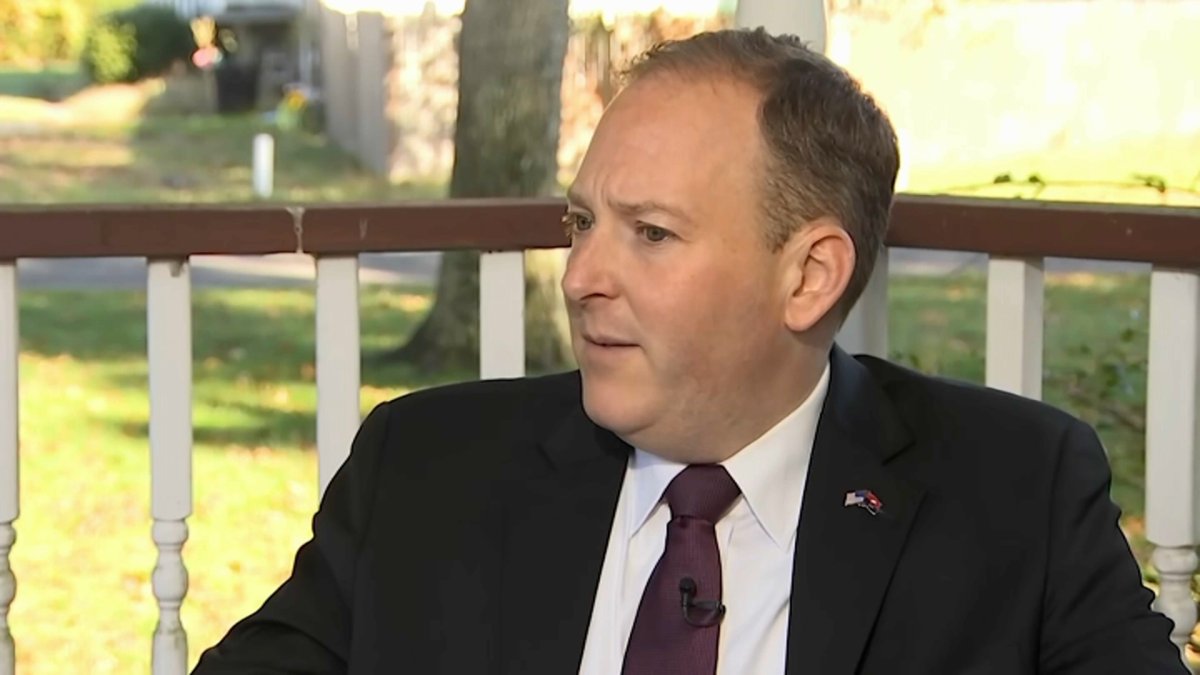 Republican Lee Zeldin elaborated on his pledge to leave New York’s abortion laws in tact during an interview with NBC New York.

“I understand I am in a state where there is support for this law,” Zeldin said during an hour-long sit down on his front porch in Shirley. “There needs to be a respect for the will of the people.”

Despite describing his own voting record as “100 percent pro-life,” and recorded statements earlier this year saying he believes some of the state’s newer late-term abortion protections “should be reversed,” Zeldin is working to convince New Yorkers their abortion rights won’t budge if they elect him governor.

Following the repeal of Roe v. Wade, the issue is a major sticking point for some voters who might otherwise consider backing Zeldin’s tough on crime campaign.

“New York is a safe space and the idea of going in a conservative direction just seems quite frankly terrifying,” said Devyn Simone from the East Side.

Zeldin’s argument is two fold. First that he “won’t” try to change the laws, because he accepts his position is in the minority in this blue state. Second, Zeldin says “can’t” change the laws because the State Assembly is expected to remain overwhelmingly Democratic.

“There is less than zero chance that the Speaker of the Assembly Carl Heastie is sending me a bill to roll the abortion laws back. It’s not going to happen. It’s not why I got into this race,” he said.

We asked Zeldin: What if a red wave swept over the statehouse and Republicans took charge?

“I have pledged that I will not change New York’s abortion law,” he responded

Asked why — if he feels that abortion is immoral — would he not try to limit it if he had the political power to do so, Zeldin responded “First off, I made a public pledge.” He added that his anti-abortion supporters understand the political realities in the state and that they are more concerned with issues such as crime and the economy right now.

Zeldin was noncommittal when asked whether he would keep a past promise to defund Planned Parenthood and continue Gov. Kathy Hochul’s investments to make the state a so-called safe harbor for out-of-state women.

“The State Assembly will have their priorities, the State Senate will have theirs, and our job is to come to a three way agreement negotiating a state budget,” he said

“When you look people in the eye, you make a commitment to someone, that’s it,” Zeldin said.

Jordan Justice, of Elmont, says right now crime is higher priority for him than choice.

“If he’s fighting for crime I would vote for him, absolutely” Justice said.

During the interview Zeldin defended his promised power play to force the liberal legislature to fix what he calls broken bail laws. Zeldin says if lawmakers won’t come to the table willingly, he would declare a crime emergency on day one, enabling him to suspend the state’s bail laws for 30 days.

He says Gov. Hochul is trying to change the subject, pandering to the left wing of her party while alienating moderate voters. “She’s caught between a rock and a hard place,” Zeldin said.

Asked whether he is on a similar political tightrope, because of his positions on abortion, support for Donald Trump and overturning the 2020 election, Zeldin said “I don’t feel like I’m in between a rock and hard place at all. New Yorkers are hitting their breaking point.”

Zeldin insists voters are not focused on Trump in this gubernatorial election. But at the same time, he’s been keeping his distance from the ex President. There are no plans to campaign together.

When asked whether Trump should run for president again, he demurred.