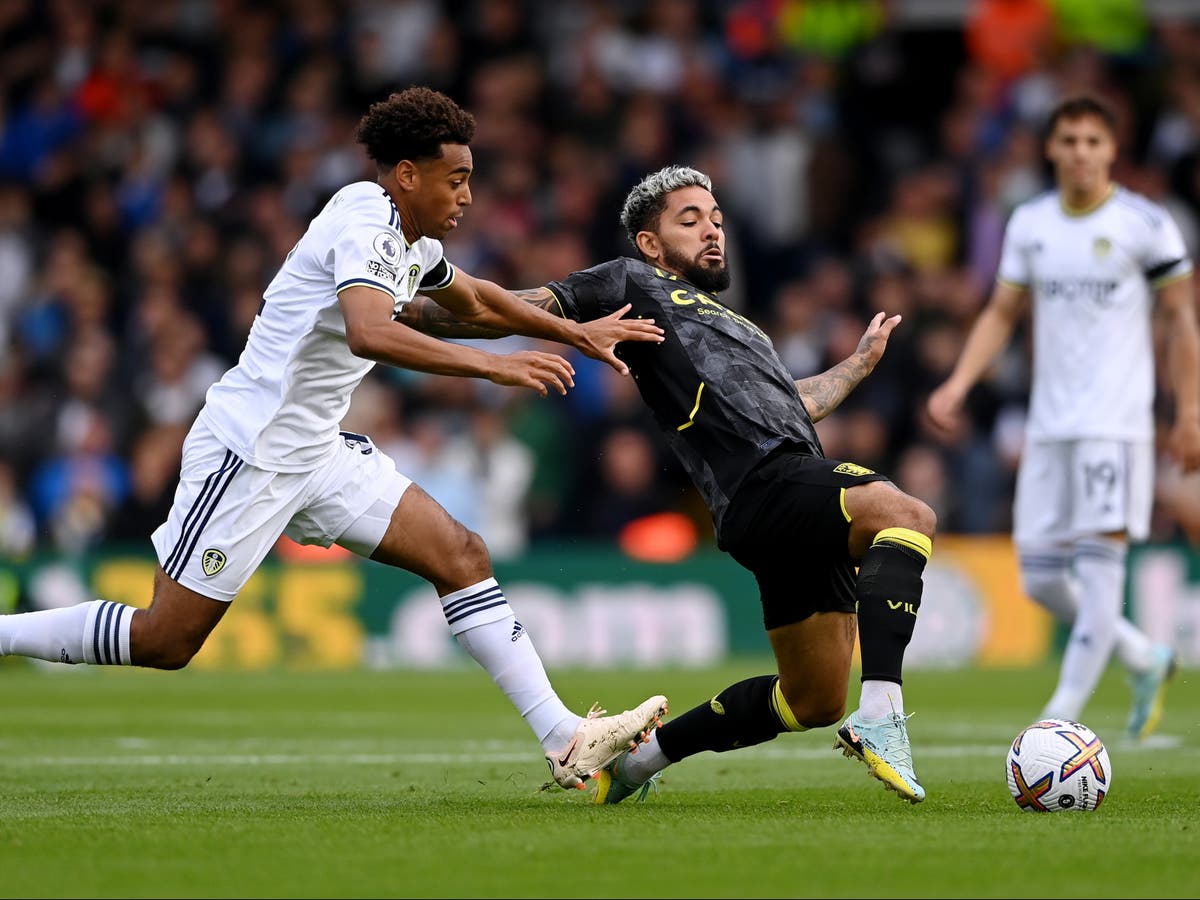 Villa will be looking to build upon their last result, a 1-0 home win against Southampton that alleviated some of the pressure on coach Steven Gerrard, whose side still sit in 14th place in the table. A victory for Villa here would see them leapfrog opponents Leeds and also Bournemouth, while a heavy scoreline in their favour could even take them ahead of Gerrard’s old club Liverpool, who stumbled again yesterday (Saturday 1 October) with a 3-3 draw against Brighton.

Meanwhile, home side Leeds have also claimed just two wins in the top flight so far this season but are without a victory in their last three outings, having been thrashed 5-2 at Brentford in their most recent league game. Jesse Marsch’s team are just two points off the bottom three, in marginally better shape than Villa, ahead of this afternoon’s match, for which Marsch will serve a touchline ban.

We will bring you all the action and updates from today’s game in the live blog below:

Aaronson is left in a heap by Ramsey but Kristensen carries on forward. He feeds Sinisterra, who finds Struijk, and he’s smashed by Bailey this time! It’s becoming a really spicy contest!

Villa’s corner is headed away from a crowded box, but after Young crosses back into the area, Meslier misses his punch and an Adams block concedes another!

A poor Aaronson touch gives McGinn space to shoot, and he does so from 25 yards, with a deflection off Koch taking the ball behind for a corner!

Rodrigo has been a key performer for Leeds this season. The striker is the side’s leading scorer with four goals, and is tied for fifth among the league’s top scorers in 2022-23.

Konsa smashes through Rodrigo as he wins a header inside the Villa box, and despite the outrage of Leeds’ players and fans, it’s no penalty!

OVER!!! Watkins attacks Coutinho’s free-kick swung into the box, but he’s flagged offside as he heads over the bar!

Harrison is dispossessed in midfield and Ramsey races away down the left. Koch ushers him and the ball out, but play is called back for a free-kick against Kristensen.