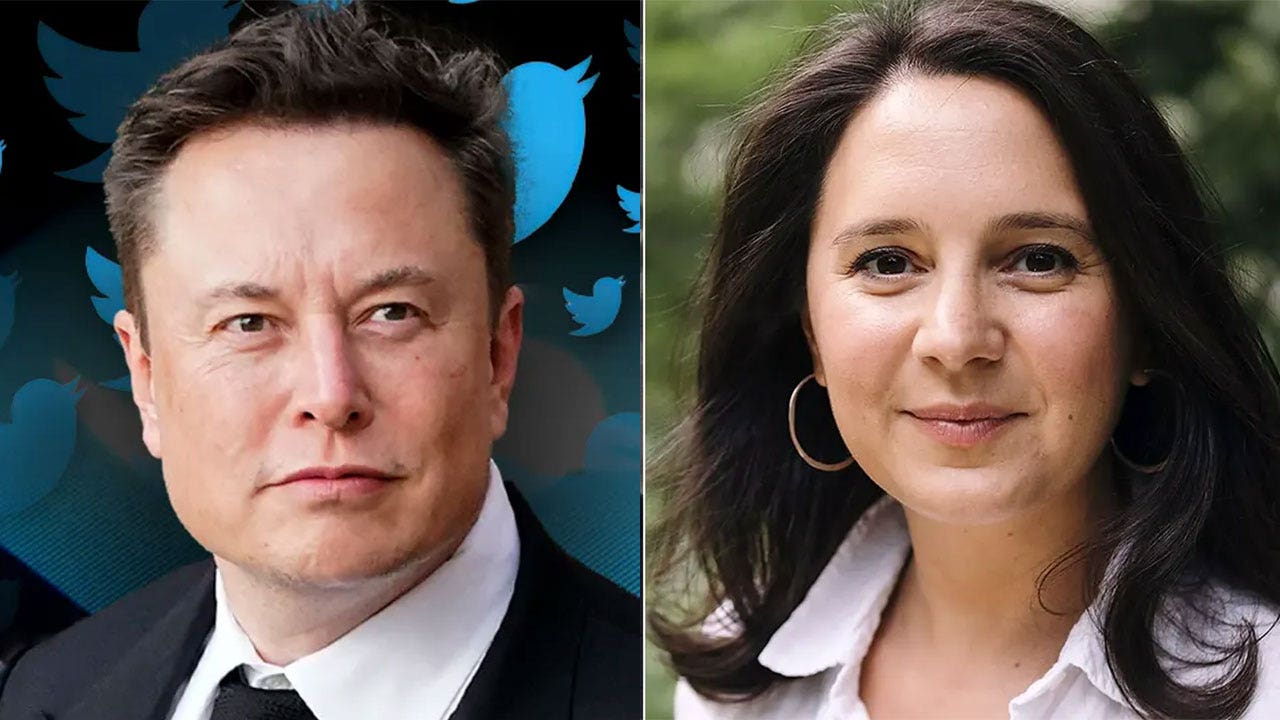 A report highlighting the unprecedented Twitter access Elon Musk is apparently granting to independent journalist Bari Weiss has sparked fury among their critics.

Insider reported Wednesday that Weiss “has been given access to Twitter’s employee systems, added to its Slack, and given a company laptop,” according to sources.

“The level of access to Twitter systems given to Weiss is typically given only to employees, one of the people familiar said, though it doesn’t seem she is actually working at the company,” Insider wrote.

Weiss shared the second installment of the “Twitter Files” on Thursday, which revealed that Twitter took measures to shadow-ban users like Stanford University’s Dr. Jay Bhattacharya, a longstanding opponent of COVID groupthink during the pandemic who expressed opposition to lockdowns, as well as prominent conservatives like Fox News host Dan Bongino and Turning Point USA’s Charlie Kirk.

She also reported that Twitter internally acknowledged that Libs of TikTok, whose account was repeatedly suspended for allegedly violating its “hateful conduct” policy, “has not directly engaged in behavior violative of the Hateful Conduct policy.”

The Insider report noted that Weiss’ Twitter access appears to have gone beyond that given to Matt Taibbi, the Substack journalist who reported on the first installment of the so-called “Twitter Files” last week.

Liberal media critics on Twitter lambasted Musk’s reported move to bring in Weiss while leveling the same public relations accusation against her that they used on Taibbi last week.

“This is all normal stuff if you’re onboarding a new hire to your comms team,” Washington Post tech columnist Taylor Lorenz reacted.

“The most obvious and hilarious PR campaign masquerading as investigative journalism you will ever see,” Vice News correspondent Roberto Aram Ferdman tweeted.

“[S]o bari weiss is doing: a.) an internal witch-hunt for a private company and b.) external PR for said company,” Smithsonian Magazine senior editor Ted Scheinman wrote, adding “no real journalist would agree to this unholy amalgamation. the basest hackery.”

JIM BAKER, OUSTED TWITTER LAWYER AND EX-FBI OFFICIAL INVOLVED IN RUSSIAGATE, WAS A CNN ANALYST IN BETWEEN JOBS

“Weiss is an opinion writer/activist, not an investigative journalist. Her whole MO is to look for stories that might be generally unrepresentative, but reflect her worldview, and not do any additional digging that challenges that worldview. View the scoops that follow accordingly,” Georgetown Professor Don Moynihan slammed the journalist.

Bari Weiss left The New York Times in 2020 to launch her own Substack and podcast, accusing the paper of allowing Twitter to become its “ultimate editor.”
(Getty Images/Bari Weiss)

“Hope media folks don’t get duped by this and refer to anything Weiss or Taibbi are doing as journalism or that they are acting in a capacity as journalists,” Yahoo senior editor Steve Mullis tweeted. “It’s extra ironic considering [Elon Musk] rails against ‘unethical journalism’ and yet this is as unethical as it comes.”

Weiss is the founder of new media company “The Free Press” and host of the “Honestly” podcast, which she launched following her dramatic exit from The New York Times in 2020 as its opinion page editor.

Musk announced on Tuesday that he had terminated Deputy General Counsel Jim Baker “in light of concerns about Baker’s possible role in suppression of information important to the public dialogue.”

Taibbi subsequently revealed that Baker had vetted the first batch of the “Twitter Files” without Musk’s knowledge.

Taibbi explained, “The process for producing the ‘Twitter Files’ involved delivery to two journalists (Bari Weiss and me) via a lawyer close to new management. However, after the initial batch, things became complicated. Over the weekend, while we both dealt with obstacles to new searches, it was @BariWeiss who discovered that the person in charge of releasing the files was someone named Jim. When she called to ask ‘Jim’s’ last name, the answer came back: ‘Jim Baker.’

The Substack writer then shared a screenshot of first batch of files both he and Weiss received, which were labeled “Spectra Baker Emails.”

“Baker is a controversial figure. He has been something of a Zelig of FBI controversies dating back to 2016, from the Steele Dossier to the Alfa-Server mess. He resigned in 2018 after an investigation into leaks to the press,” Taibbi told his followers. “The news that Baker was reviewing the ‘Twitter files’ surprised everyone involved, to say the least. New Twitter chief Elon Musk acted quickly to ‘exit’ Baker Tuesday.”

Baker did surface in the first installment of the so-called “Twitter Files” shared by Taibbi Friday night.

While revealing internal discussions over how to explain Twitter’s suppression of the Hunter Biden laptop story during the 2020 election, Baker told his colleagues, “I support the conclusion that we need more facts to assess whether the materials were hacked” but added “it’s reasonable for us to assume that they may have been and that caution is warranted.”

Additionally, Taibbi initially reported, “Although several sources recalled hearing about a ‘general’ warning from federal law enforcement that summer about possible foreign hacks, there’s no evidence – that I’ve seen – of any government involvement in the laptop story.”

It is unclear whether Baker’s involvement in vetting the “Twitter Files” led Taibbi to draw that conclusion and whether Baker omitted files that would have shown the federal government intervening in Twitter’s suppression of the Hunter Biden laptop story.

Elon Musk has wasted little time making his mark on Twitter since he took over in October.
(Getty Images)

Twitter infamously blocked its users from sharing the New York Post’s reporting of Hunter Biden’s laptop in tweets and in direct messages.

At the time, Twitter Safety alleged that the articles were in violation of its “hacked materials policy.” Twitter’s then-CEO Jack Dorsey admitted his companies actions were a mistake.

Some critics believe the suppression of the Hunter Biden scandal by Big Tech and the media at large was enough to sway the election in favor of his father.