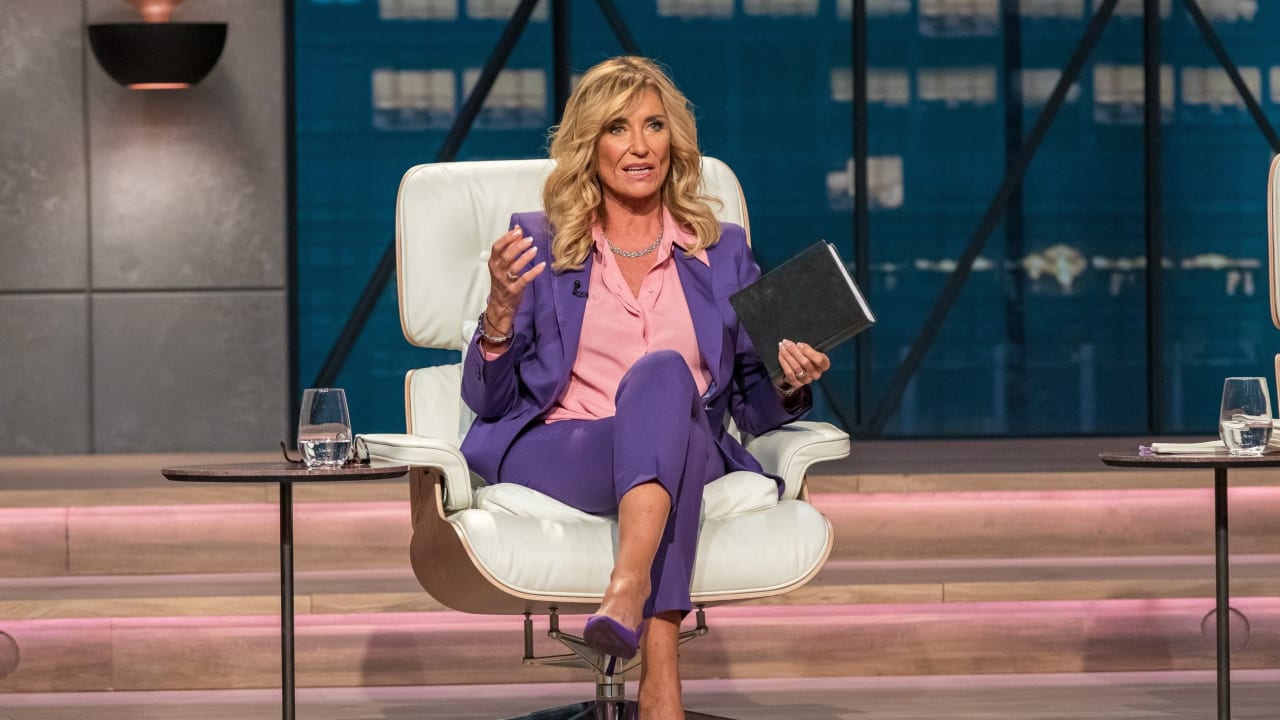 All the dams broke on this pitch.

Surprise visit to the “Lion’s Den”! On Monday evening, a TV celebrity suddenly appeared in the studio: dog trainer Martin Rütter (51) pitched a product with a serious and sad background.

Rütter reported: “Today it’s not about dogs. Today it is about a personal topic of mine. In fact, ten years ago, my mother became seriously ill with dementia. It was pretty hard for us as a family to see Mom change every day.”

For this reason, Rütter decided to shoot a personal documentary on the subject and met a team of four committed founders.

Eleftherios Efthimiadis (35), Steffen Preuß (33), Alkje Stuhlmann (39) and Mario Kascholke (32) have developed the “ichó” therapy ball for people with dementia, which is intended to slow down the progression of the disease.

Inside the therapy ball are five sensors that detect whether the therapy ball is being shaken, thrown, petted or caught. Several programs provide training for fine motor skills and cognitive performance. For a stake of 15%, the four founders wanted an impressive sum of 1.5 million euros.

Tears at Wöhrl and Williams

Investor Dagmar Wöhrl (68) visibly took a feature film showing how people with dementia tried out the therapy ball: “I’m about to start crying.”

Shortly after, unable to hold back her tears, she jumped out of her chair without warning and ran out of the studio to calm down and wipe her tears.

The irritated lions found out why Dagmar Wöhrl was so upset when she returned to her investor chair shortly afterwards and tearfully explained: “Please excuse me if I interrupt you. But I first lost my mother to dementia.”

Shortly thereafter, the investors were allowed to try the “ichó” – and now Judith Williams (51) was overwhelmed by her feelings, who had previously reported exclusively on her experiences in BILD.

In a desperate attempt to help loved ones, Williams had turned to various institutes around the world: “I have traveled all over the world for personal reasons because I have Alzheimer’s and dementia in my family very badly in the people closest to me. ”

The result was sobering, as Williams reported in tears: “I didn’t find anything, nothing!” She was accordingly skeptical about the therapy ball: “How do I know that it helps in any way?”

Of course, the founders could not promise a cure for the disease either, but again emphasized the supportive effect of the therapy ball.

No deal for “ichó” developers

But when numbers were put on the table, the other lions had to swallow first: a therapy ball should cost 1428 euros, which should primarily be offered for rent for 55 euros a month.

The hope of the founders lies in the recognition by the health insurance companies, which should offer the “ichó” as a prescription-ready product. Georg Kofler (65) was not predictable enough: “That’s why I’m out.”

Carsten Maschmeyer (63) and Nils Glagau (46) also did not want to invest in these hurdles. And although Dagmar Wöhrl and Judith Williams were so personally affected, they too had to take away the hope of a deal from the founders. Wöhrl admitted, “I think they still have a lot, a lot of money to put into it. That’s just too vague for me.”

Williams once again emphasized the dramatic development of dementia in society: “Between 70 and 75 there is a number in between that 50 percent of us will have dementia or Alzheimer’s.” Nevertheless, she was out too: “I really wish them a lot, a lot Success.”

Martin Rütter, as a strategic investor for “ichó”, does not want to give up: “Today doesn’t change anything for me. This is also evident in the moments when Judith Williams cries, when Dagmar Wörl leaves the room after just two minutes because she is sad. That shows how relevant the topic is.”