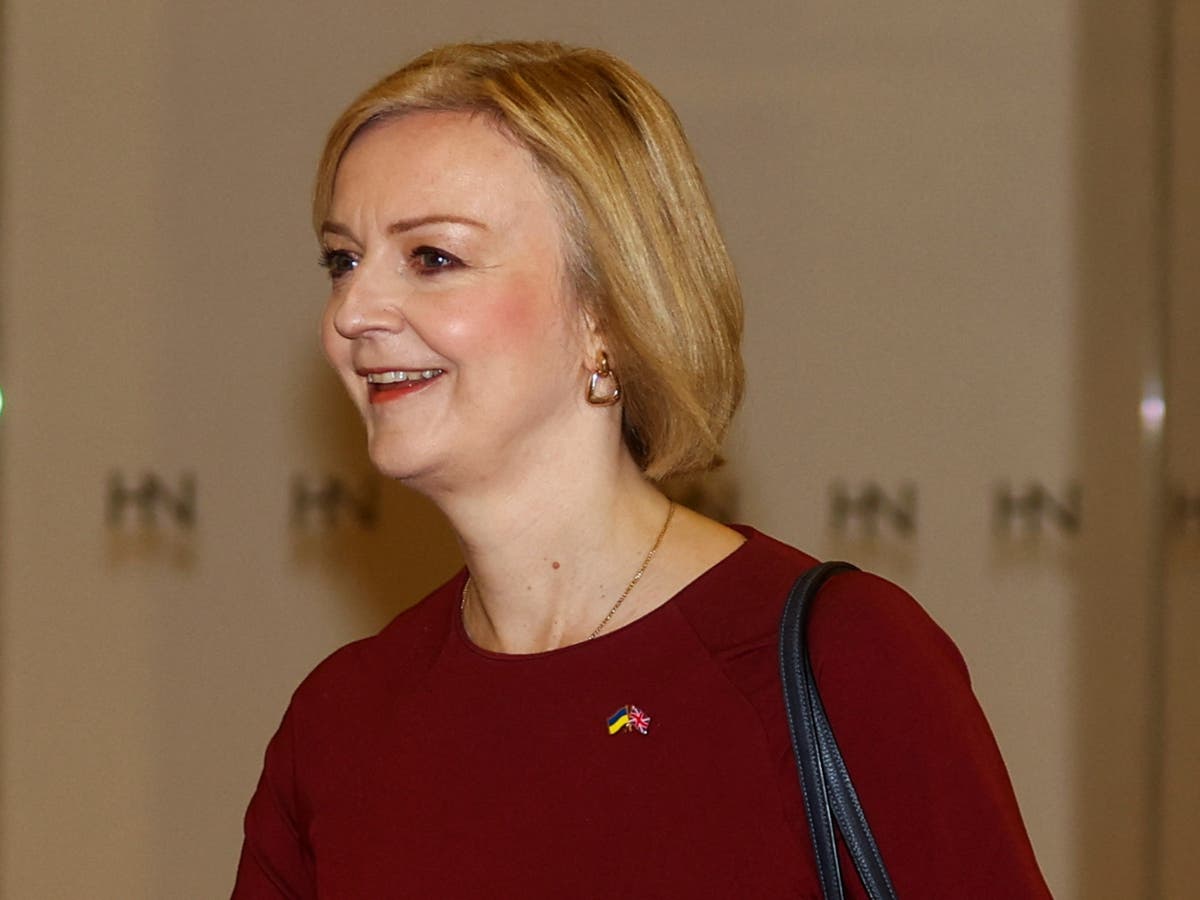 Prime minister Liz Truss has refused to commit to increasing welfare benefits in line with inflation, but said she is “absolutely committed” to pressing ahead with the abolition of the top rate of income tax for the rich.

Challenged in a TV interview over whether she would stand by a pledge from former chancellor Rishi Sunak of a 10 per cent hike in working-age benefits to keep pace with rising prices, Ms Truss said that work and pensions secretary Chloe Smith was reviewing the issue.

And she refused to rule out cuts in spending on public services, saying only that she would deliver quality services but was more interested in “outputs rather than inputs”.

But the PM told BBC1’s Laura Kuenssberg she was committed to increasing pensions in line with inflation, under the terms of the so-called “triple lock”.

Ms Truss and chancellor Kwasi Kwarteng are coming under intense pressure from Tory MPs to scrap the 45p move, along with the removal of the cap on bankers’ bonuses, which one former minister described as “electoral suicide”.

The PM revealed that the abolition of the 45p rate was not discussed with the rest of cabinet and – in what may be seen as an attempt to deflect blame onto Mr Kwarteng – described it as a “decision the chancellor made”.

Former cabinet minister Michael Gove, who left the government shortly before Ms Truss’s arrival in Downing Street, said both moves were “mistakes” which should be reversed in a U-turn by the PM.

“There were a number of mistakes that were made last Friday in the mini-Budget but there is room and time to address them and to correct them. That’s the challenge this week,” Mr Gove told Kuenssberg.

“There is an inadequate realisation at the top of government of the scale of change required.

“The energy package was the most important thing in the fiscal event, but broadly 35 per cent of the additional money that we’re borrowing is not to cut energy costs, it is for unfunded tax cuts.”

Mr Gove said he was “profoundly” concerned about “the sheer risk of using borrowed money to fund tax cuts”, adding: “That is not conservative”.

He hinted he could vote against the package in the Commons, saying: “When people are suffering… to have as your principle decision, the headline tax movement, cutting tax for the wealthiest, that displays the wrong values.”

Pressed on whether he would vote for the measures when they come before MPs in the New Year, he said: “I don’t believe it’s right.”

Speaking on the first day of the Conservative conference in Birmingham, Ms Truss insisted that she “stands by” last Friday’s mini-Budget package, blaming poor communications for triggering panic in the markets which saw the pound slump and the Bank of England forced to intervene to shore up pension funds.

She claimed that prices and interest rates were rising “around the world”, and that the recent financial turmoil was not restricted to the UK.

“I understand how worried people are, I understand the people are struggling and it’s a very, very difficult time,” she said. “This is a global problem.”

The PM insisted that the tax cuts were part of a “ very clear plan” to tackle the problem of persistent sluggish growth in the UK, to be unveiled next month.

“We had to act on taxation … to make sure the economy didn’t slow down any further,” she said.

“What the government is trying to avoid is a serious economic slowdown that would have real difficulties for people.

“But I do accept that we should have laid the ground better. I’ve learned from that and I will make sure that in future we do a better job of laying the ground.”

Asked whether she would stick to Mr Sunak’s pledge of a rise in working-age benefits next April in line with the September inflation figure of around 10 per cent, Ms Truss replied: “This is something the work and pensions secretary is looking at at the moment, so she will make a determination on that and we will announce that this autumn.”

She refused to commit to providing public services with the cash needed to keep up with rising prices.

“What I’m going to do is make sure we get value for money for the taxpayer,” she said. “But I’m very very committed to making sure we’ve got excellent frontline public services.”

The PM refused several times to rule out public service cuts, but insisted that this should not be taken as an indication that she was planning to slash spending.

Ms Truss said the government would move to a position where debt is declining as a proportion of GDP “in the medium term” but refused to set a deadline for achieving this goal.

She said will try to win over rebellious Tory MPs by explaining her belief that growing the overall size of the UK economy should be a priority over redistribution of wealth.

“I will do what I can to win the hearts and minds of my colleagues across the Conservative Party because I believe we need to grow the size of the pie,” she said.

“The key thing is to get the economy growing faster so the pie is bigger and we can afford more money for great public services as well as helping people keep more money.”