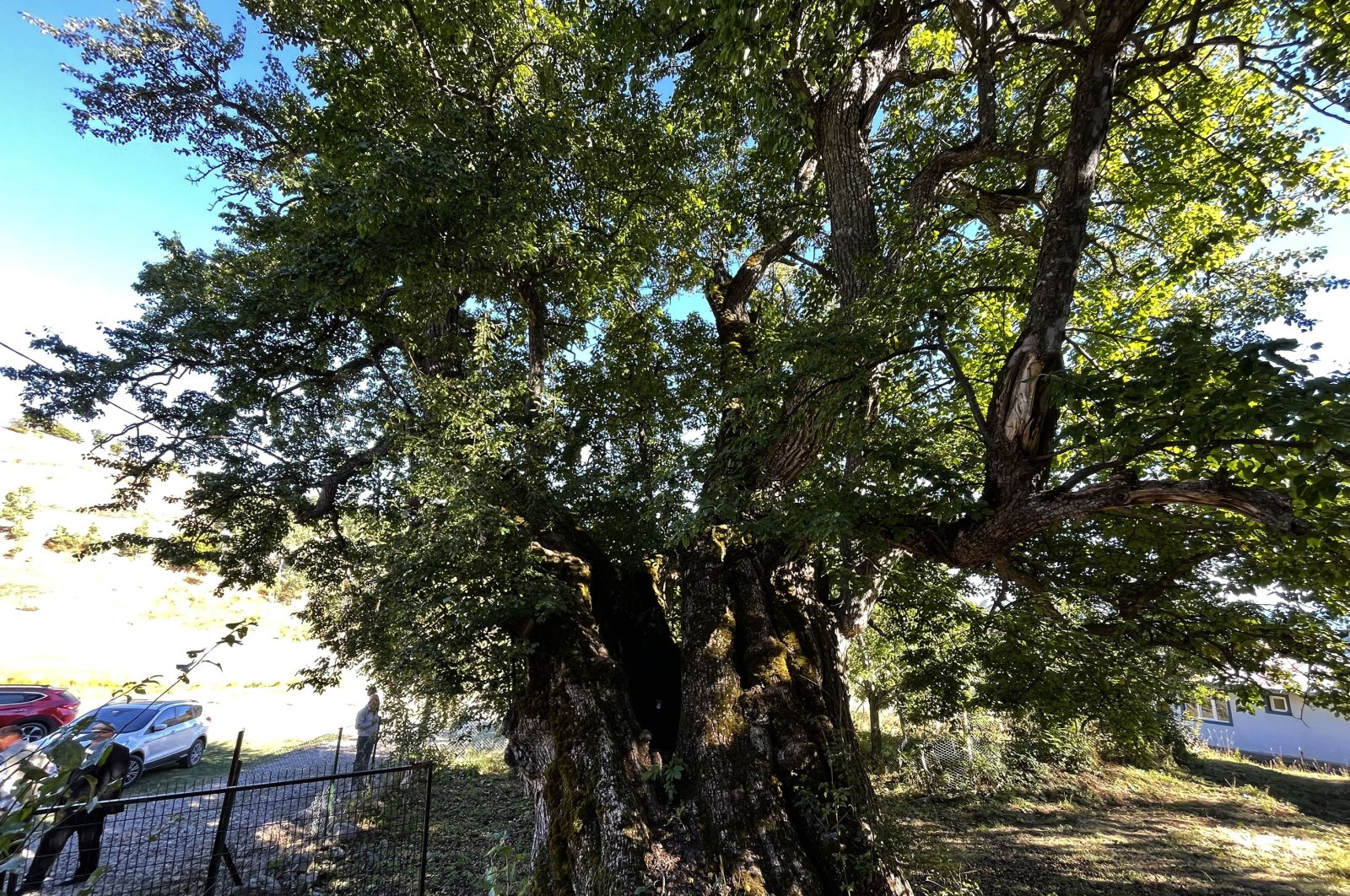 A ceremony was held on Tuesday as dignitaries and locals came together to pick fruits for what they managed to certify as the “world’s oldest pear tree.” Still strong despite its age of 1,100 years, the pear tree is located in the Şavşat district of Artvin in northeastern Türkiye, in a small village at an altitude of about 2 kilometers (1.2 miles).

Its sturdy trunk, with a diameter of 6.5 meters (21.3 feet), defies time while fruits are as tasty as they have been in the past, locals say.

Artvin Governor Yılmaz Doruk told reporters at the ceremony that they were working to classify it as a “monumental tree,” a status that will help its better preservation. “We are pleased to see it is still bearing fruits after all those years,” Doruk said. Artvin is home to about 70 different species of pear and Doruk says they have other ancient pear trees as well though their age date back to five centuries at most. The governor also thanked villagers who ensured the protection of the tree for a long time.

Professor Aydın Tüfekçioğlu, from the Faculty of Forestry at Artvin Çoruh University, said that there were different instances of old trees and they came across a 610-year-old pear tree in Romania and another, at the age of 410 in the United States. He said their scientific study proved the age of the tree.

“Anatolia is the homeland of the pear and we are glad to find such an old tree. It will also serve as a genetic reference point for the scientific community,” he said. “Türkiye is like a combined model of different ecosystems worldwide (due to its species diversity). We have an important ecological value in our hands and it is our duty to protect it,” he said.