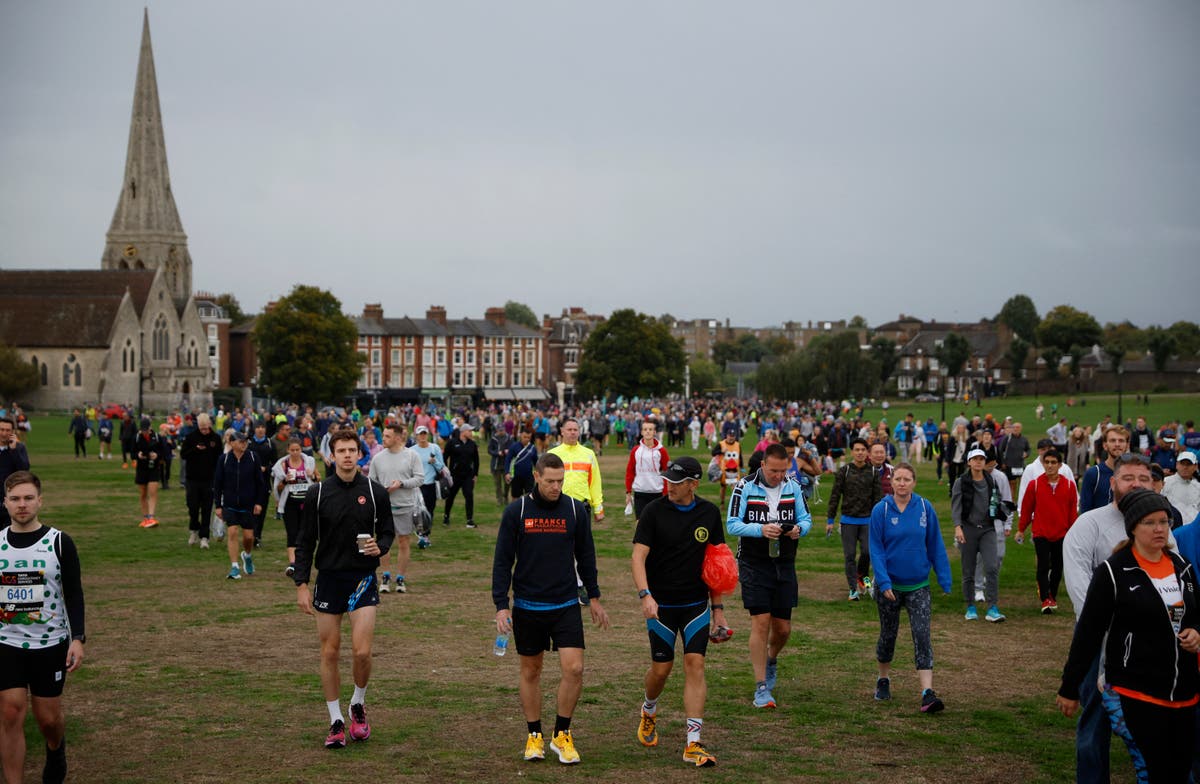 Get Ready, Get Set, Go: Runners prepare for 2022 London Marathon

The London marathon takes place today with athletes and members of the public prepared to tackle the 26-mile route around the British capital. The start is near Blackheath in Greenwich, with the route taking in landmarks such as the Cutty Sark, the Shard, the London Eye and Parliament before reaching the finish line at the Mall by Buckingham Palace.

28-year-old Kenyan, Brigid Kosgei, who won the London Marathon in 2019 and 2020 has withdrawn through injury but the women’s field still features Kosgei’s compatriot and last year’s winner Joyciline Jepkosgei (29) and Ethiopia’s Yalemzerf Yehualaw (23) who set the fastest debut time for a marathon and holds the world record in the 10km road race.

The men’s race looks set to be a tight affair with Kenya’s Titus Ekiru well-backed after victories in the 2021 Milan and Abu Dhabi marathons whilst Ethiopia’s Birhanu Legese will be amongst his closest contenders alongside 2021 London marathon winner and compatriot Sisay Lemma. Four-time London marathon winner Eliud Kipchoge will not compete, and neither will Great Britain’s Sir Mo Farah who has withdrawn due to a hip injury.

What is the route?

The start is near Blackheath in Greenwich, mile six will see runners go past the Cutty Sark and next at mile 12 they will see the Shard.

The next milestone is at mile 18 where participants will run through Canary Wharf with the London Eye and Parliament at mile 25.

Then the finish line is at the Mall by Buckingham Palace.

Eliud Kipchoge will return to London this weekend fresh from smashing his own marathon world record in Berlin to present medals to winners at the TCS Mini London Marathon.

The event on Saturday 1 October, the day before the TCS London Marathon, provides an opportunity for the next generation of athletes over the final 2.6km of the iconic course with the finish line on The Mall.

And Kipchoge, a four-time London Marathon champion, who clocked an astonishing 2:01:09 at the BMW Berlin Marathon to take 30 seconds off the world record last Sunday, will be in the capital to honour the age-group winners of this year’s landmark race.

Rain showers are likely to keep London Marathon runners cool on Sunday when 50,000 people race 26.2 miles through the capital.

Elite runners and fast club runners will be at the front of the pack – but around 40,000 of those taking part are there for a personal challenge, a charity fundraiser or the chance to enjoy the incredible atmosphere which London always offers.

Williamson will sound the buzzer for the wheelchair races to begin at around 8.50am, White will start the women’s elite race at 9am, and Scott will press the buzzer to send the elite men and everyone else across the start line by 10am.

It is expected to be the final time that the London Marathon takes place in October with the event due to return to its regular spring slot in 2023.

For context, the average time for male runners is approximately 3 hours 48 mins.

While the average time for female runners is approximately 4 hours 23 mins.

The elite races and the iconic mass participation event will be broadcast live on the BBC this Sunday with coverage starting at 08:30 until 09:25 on BBC Two before switching to BBC One at 09:25 until 14:35.

There will be a live stream is available on the iPlayer and you can also follow full live coverage of both the elite and mass participation races through our live blog.

Why is the race in October?

The 2022 London Marathon takes place today on Sunday 2nd October which will be the last time the legendary race will occur in autumn before reverting back to the spring next year after a Covid-enforced disruption.

The four-time Olympic gold medallist, two years older than the legendary Kenyan, enters Sunday’s race in good form after emerging victorious in the Big Half earlier this month to bounce back after being upset at the Vitality London 10,000 in May.

And race director Hugh Brasher that Farah can still produce a vintage performance on Sunday and in the future, with Kipchoge proving “age is no barrier to success”.

The London marathon takes place today with an expected 40,000 runners taking to the streets of Britain’s captial to complete the 26-mile course in the name of competition, fitness and charity.

The races kick off at 8.30 am when the mini marathon starts before the elite wheelchair race begins at 8.50, the elite women’s race gets going at 9.00 and the elite men’s race starts at 9.30 along with the rest of the masses.

Last years winners Marcel Hug & Manuela Schar (wheelchair), Joyciline Jepkosgei (women’s), and Sisay Lemma (men’s) all return to defend their titles but there is no place for Kenya’s Brigid Kosgei, who won the London Marathon in 2019 and 2020, but has withdrawn through injury.

Four-time marathon winner Eliud Kipchoge will not compete in the men’s tournament but is here to hand out medals for the mini marathon and unfortunately for British fans Sir Mo Farah has a hip injury and will not take part either.

Still, the London marathon is always worth a watch for its competitiveness, celebrity runners, members of the pubic in fancy dress and of the brilliant charities which the marathon raises awareness for.

We’ll be bringing you updates throughout the race and filling you in on eveyrthing you need to know.