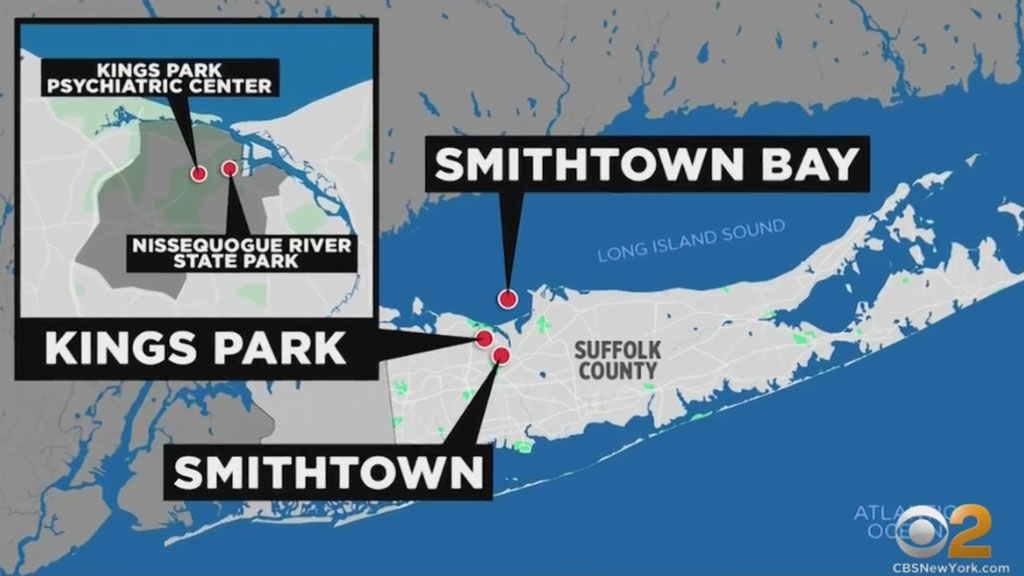 They say their Suffolk County downtowns are dead without help.

The former Kings Park Psychiatric Center, deemed a liability and unattractive nuisance, may soon be the cornerstone of a clean water initiative that could rid 78% of the nitrogen being flushed into the adjacent Nissequogue River.

The Steinmueller family owns a landscaping company on the banks of the river.

“The most important thing is the environment … I’m a very green landscaper, so it’s my passion,” the business owner told CBS2’s Jennifer McLogan.

And the passion of dozens of civic leaders who gathered at Smithtown Town Hall.

“A victory is in sight. This is truly an historic day,” Smithtown Supervisor Ed Wehrheim said.

Led by Wehrheim, a letter was signed and sent to the governor, pleading for action on their stalled sewer plan to save the downtown hamlets of Smithtown and Kings Park.

“We need these sewers here to be able to start the renaissance for these two business districts, and this will benefit every single resident,” Wehrheim said.

For decades, the lack of sewers has stifled economic development. It’s illegal to expand, renovate or even build new businesses with outdated sewage infrastructure.

“They need to reinvent themselves to be able to survive and thrive. That isn’t possible current antiquated septic systems,” said Tony Tanzi, Kings Park Chamber of Commerce President.

A Working Group’s solution is to use part of the nearby psych center property as a recharge site.

The current plan would remove the abandoned derelict building and use two of its acres to recharge clean water with the rest of the 15 acres preserved as open space.

“Without sewer infrastructure, downtowns are kind of frozen in time where you literally can’t build beyond what is there already,” said Eric Alexander, with Vision Long Island.

This bipartisan group hopes the governor will help secure a path forward.

Smithtown has been sitting on a $20 million grant to make the sewer project happen.