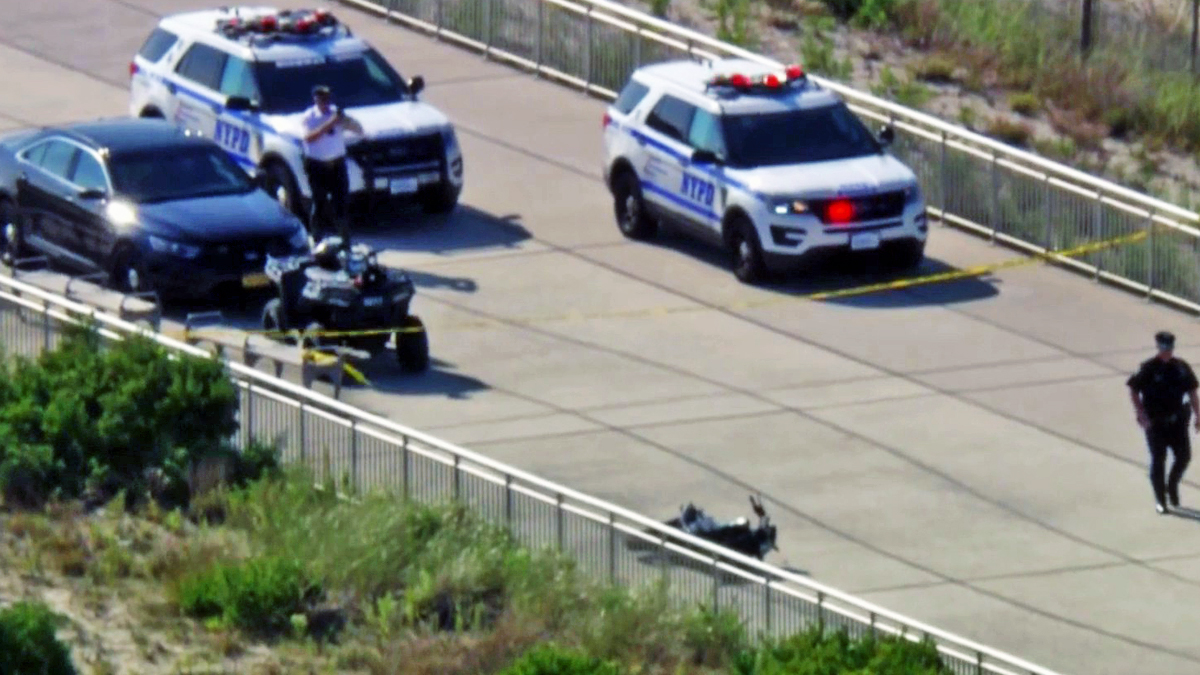 A 26-year-old Long Island man died in a violent accident on a New York City boardwalk when the motorcycle on which he was riding passenger veered out of control and slammed into a bench, then a pedestrian, flipping him over the top, cops said Tuesday.

David Molina, of Cedarhurst, has been identified as the victim in Monday’s 3 p.m. crash on Rockaway Beach Boardwalk at Beach 47 Street. He was a passenger on a 2022 Qipai Hunier Dirt Bike that cops say a 25-year-old man was illegally driving on the boardwalk. It’s not clear what happened, but at some point, the driver lost control and the motorcycle slammed into a bench.

The impact flung Molina over the top of the motorcycle, which proceeded to hit a 55-year-old pedestrian, according to police.

Molina was pronounced dead at the scene. The pedestrian was taken to a hospital with minor head injuries, while the motorcycle driver ran away from the scene, authorities say.

No arrests have been made, and the investigation is ongoing.