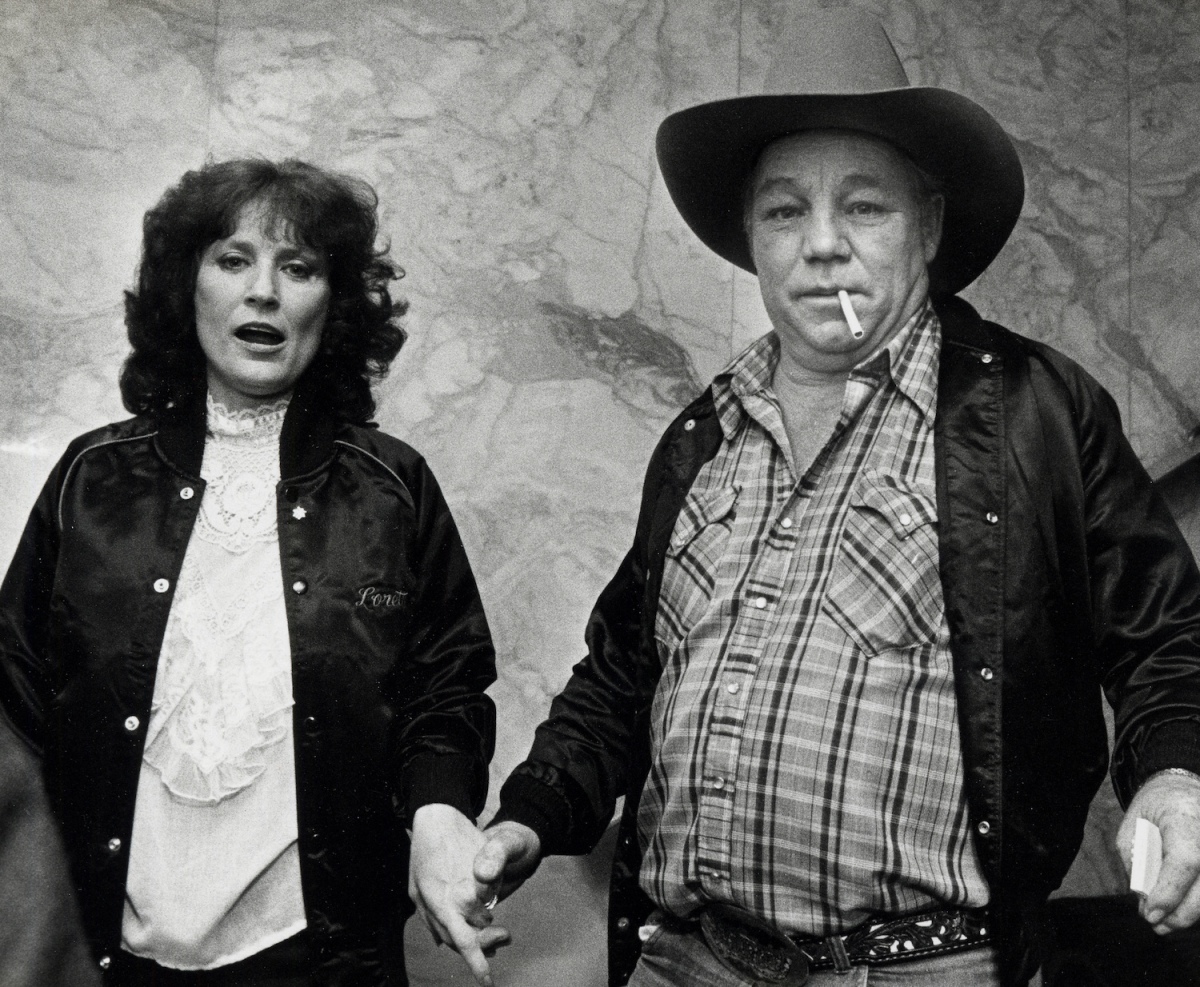 Beloved country music star Loretta Lynn died on Tuesday, Oct. 4, 2022. She leaves behind an incredible legacy as well as several children. During her lifetime, she had a memorable marriage to Oliver Lynn. So, who was Loretta Lynn’s husband? Here’s what to know about their relationship.

Before Loretta Lynn was known for her contributions to country music, she married Oliver Lynn (often called Doolittle Lynn). Biography reports Loretta and Oliver met at a pie social and married in 1948. At the time, Loretta was just 15 years old, and Oliver was 21. Together, they had six children.

Loretta and Oliver had their issues in their relationship, but Loretta often thanked Oliver for her music career. Oliver gave her the guitar she used to compose her first songs, and he pushed her to sing. She wrote “I’m a Honky Tonk Girl,” her first-ever tune, in just 20 minutes on that guitar, according to WBUR. Oliver also helped serve as his wife’s talent manager.

“Me and my husband both worked,” she explained. “I took care of a farmhouse, cleaned and cooked for 36 ranch hands before I started singing,” she says. “So singing was easy. I thought ‘Gee whiz, this is an easy job.’”

While Loretta Lynn’s husband may have helped her attain fame, their marriage was far from easy. Loretta often wrote about her husband’s drinking and cheating ways. When she went on tour and left Oliver to their large estate, she often didn’t want to come home. Despite it all, Loretta maintained that she loved Oliver throughout their entire marriage.

Oliver Lynn regularly cheated on his wife, and he was abusive

Loretta Lynn’s husband, Oliver Lynn, couldn’t stay faithful to his talented wife, and Loretta based most of her songs on her tumultuous relationship with him. In addition to his drinking and his cheating, he could become abusive. But Loretta also called herself “mean as a snake.”

“I’ve always admitted that I could be mean as a snake,” Loretta said, according to PBS. “Yes, Doo hit me sometimes. And yes, I’ve been known to knock the fire out of him. I told him, ‘You hit me once and I’ll hit you back twice.’”

Loretta recounted when she knocked her husband’s two teeth out. “I heard teeth hitting the floor and I thought, ‘Oh my god, I’m dead. I know I’m dead.’ But, you know, he laughed. He went around forever with two teeth missing. He was kind of proud of it.”

As for the cheating, Oliver claimed Loretta was the only woman he ever had sex with — but she knew he lied. Despite the lies, Loretta never wanted to leave Oliver, as she loved him. “If you can’t fight for your man, he’s not worth having,” she said.

So, is Loretta Lynn’s husband still alive today? Sadly, Oliver Lynn died in 1996. According to Biography, he had heart surgery in 1992, and he then had to get both of his legs amputated after complications from diabetes. He was 69 years old at the time of his death.

Oliver’s death shook Loretta, and their daughter, Patsy, never thought Loretta would move on. “Yeah, I think I see him everywhere I’m at, and everything at home and everywhere I’m goin’,” Loretta told Time Out regarding the loss of her husband.

RELATED: Loretta Lynn Thinks Country Music Is Dead and She’s Mad About It