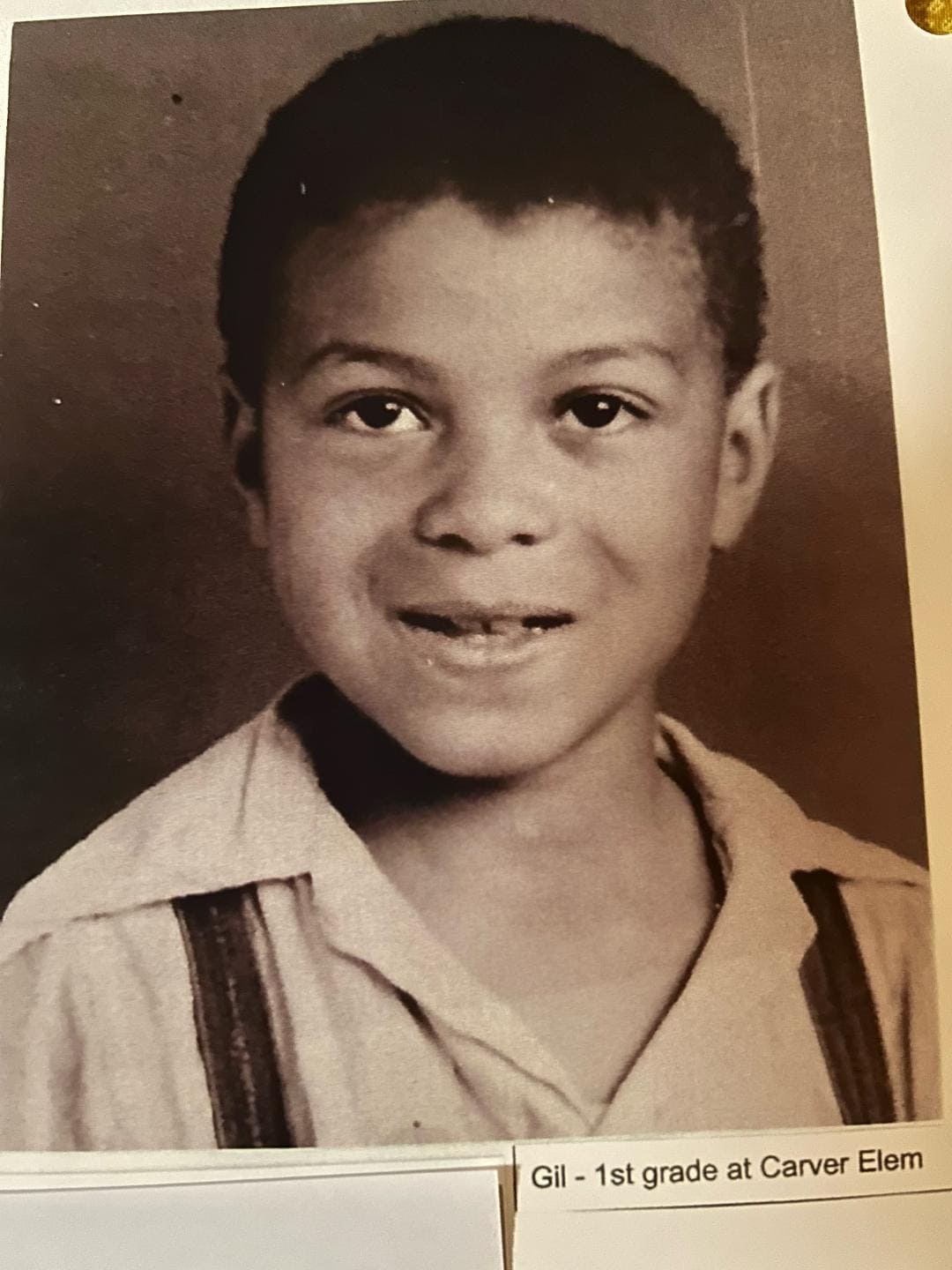 That acrid smell of fresh ink still brings Gilbert Timbers back to his first, federally mandated days in a new high school.

As a Black child, he’d been shut out of it until 10th grade, 11 years after a U.S. Supreme Court decision compelled the nation’s public schools to desegregate.

“Everything at Douglass was hand-me-downs. The schoolbooks had broken spines and fell apart in our hands,” said Timbers, 74. “But I remember the smell of those new books at Loudoun Valley. Everything in that school was fresh and clean.”

Virginia fought integration. But while clashes across the Deep South captivated national attention in the aftermath of Brown V. Board of Education, Loudoun quietly denied Black kids equal access to resources and educational opportunities for more than a decade after the 1954 decision.

Timbers still wonders what he may have missed.

What might have been possible if Loudoun County had not fought to keep him out of the better, bigger school? Or if his Black school had all the things the White school enjoyed. In this moment of national reckoning, what should be done about it now?

The case for reparations often hits a wall because the enormity of our injustices — and concentric ripples of impact — are difficult to measure over hundreds of years and millions of people.

But the case of segregation in this county offers a discrete set of people and circumstances. Many of the kids kept out of the White schools are still around. They’re adults who can trace back the contours of a journey rooted in less opportunity and more challenges than their White peers.

“Racial disparities are not the result of moral failings or lack of intellect,” said Loudoun County Supervisor Juli Briskman. “But fall squarely in the domain of systemic racism, which was perpetrated by our boards.”

Briskman — who found a flash of global fame in 2017 when I outed her as the bicyclist who flipped off President Donald Trump’s motorcade and got fired for it — is bringing another provocative act to the national debate.

The board is voting Tuesday on Briskman’s act — the Loudoun County Schools Segregation Study Project Plan — to team with researchers and scholars to trace the board’s past decisions and how they affected Black students and whether anything should be done about it.

She’s been floating this idea for a couple years, and now has a prestigious partner to help with the research. The University of Virginia’s Center for Race and Public Education in the South will coordinate scholars to study the social, economic and educational impacts of the board’s resistance to integration and to make recommendations for the community reconciliation phase.

But why Loudoun — consistently ranked by the U.S. Census as the nation’s wealthiest county — and known recently for raucous school board meetings filled with conservative parent outrage over books, transgender students and racial history?

Briskman’s predecessors disregarded Supreme Court rulings from the Separate But Equal days of Plessy Vs. Ferguson.

White teachers in Loudoun were paid three times as much as Black teachers in 1915, and lawyers from the National Association for the Advancement of Colored People filed lawsuits in the 1930s fighting the gaping inequity. Those cases were part of the foundation for the landmark decision on Brown vs. Board of Education in 1954.

And right after that ruling, Virginia Sen. Harry Byrd (R) and his policy of “massive resistance” to integration inspired White leaders in Loudoun County to resist equality and equity for Black kids.

In 1956, the Board voted to amend Virginia’s Constitution to allow public funds to be used for private schools specifically so all White kids could afford to avoid integrated, public schools.

Board minutes showed they also decided that year to withhold making any improvements to the county’s Black schools — Douglass Elementary and Douglass High — until “reasonable assurance was given by the parents of colored children of the County that they conform to the opinion that their education be promoted better by their continued school attendance on a segregated basis.”

That August, they approved a resolution to stop funding public schools “if the federal government forced integration,” according to Briskman’s research.

“We operated segregated schools illegally for 14 years after the Supreme Court called it unconstitutional,” Briskman said. “We were among the last in the nation. In the nation.”

This became clear to Timbers in Texas, of all places.

“I didn’t understand the significance of that until I graduated in 1968 and I enlisted in the Air Force,” Timbers said. “When I made it to Air Force boot camp, I began to understand the differences between [Loudoun County] and everywhere else. It really opened my eyes.”

Even when Black kids were allowed to attend Loudoun Valley High, transportation was an issue. Timbers was older than most of his peers, so after getting up at 3 a.m. to work the dairy farm, he went to his second job as a school bus driver — that’s how he got around that obstacle that thwarted many of his peers.

“I worked hard,” he said. “And when I got to school, it was still separate. We still lived separately, Blacks and Whites.”

Those experiences are what Briskman hopes the study will highlight. Understanding must occur before healing can begin, she said.

This rational observation, by the way, is rooted in an intellectual framework that examines how policies and laws perpetuate systemic racism. Reduced to “CRT” and often used as a slur by conservative politicians who inaccurately claim it’s part of grammar school curriculums, Critical Race Theory merely considers how choices of people like the 1950s Loudoun County board members impact people of color today.

That’s part of what motivated the formal statement of apology for this that the board passed in 2020, at Briskman’s behest.

“In addition to the blatant disregard and disrespect of Black people and their education during the era of segregation,” the apology said, the board was complicit in creating a vastly unequal educational system determined by skin color.

“Words are great,” Briskman said. “But what are we going to do to reconcile these poor decisions and their impact on the community?”

Reparations, she said, should be determined by the Black community, by folks like Timbers and their offspring.

When Timbers attended a high school reunion a few years ago, no one at the party talked about the past. Probably because he was the only Black graduate who showed up.

Timbers said he thinks reparations should come in the form of conversation, the kinds of things no one at that high school reunion said.

“I think an acknowledgment would go a long way in helping to heal some of the hurt,” he said.