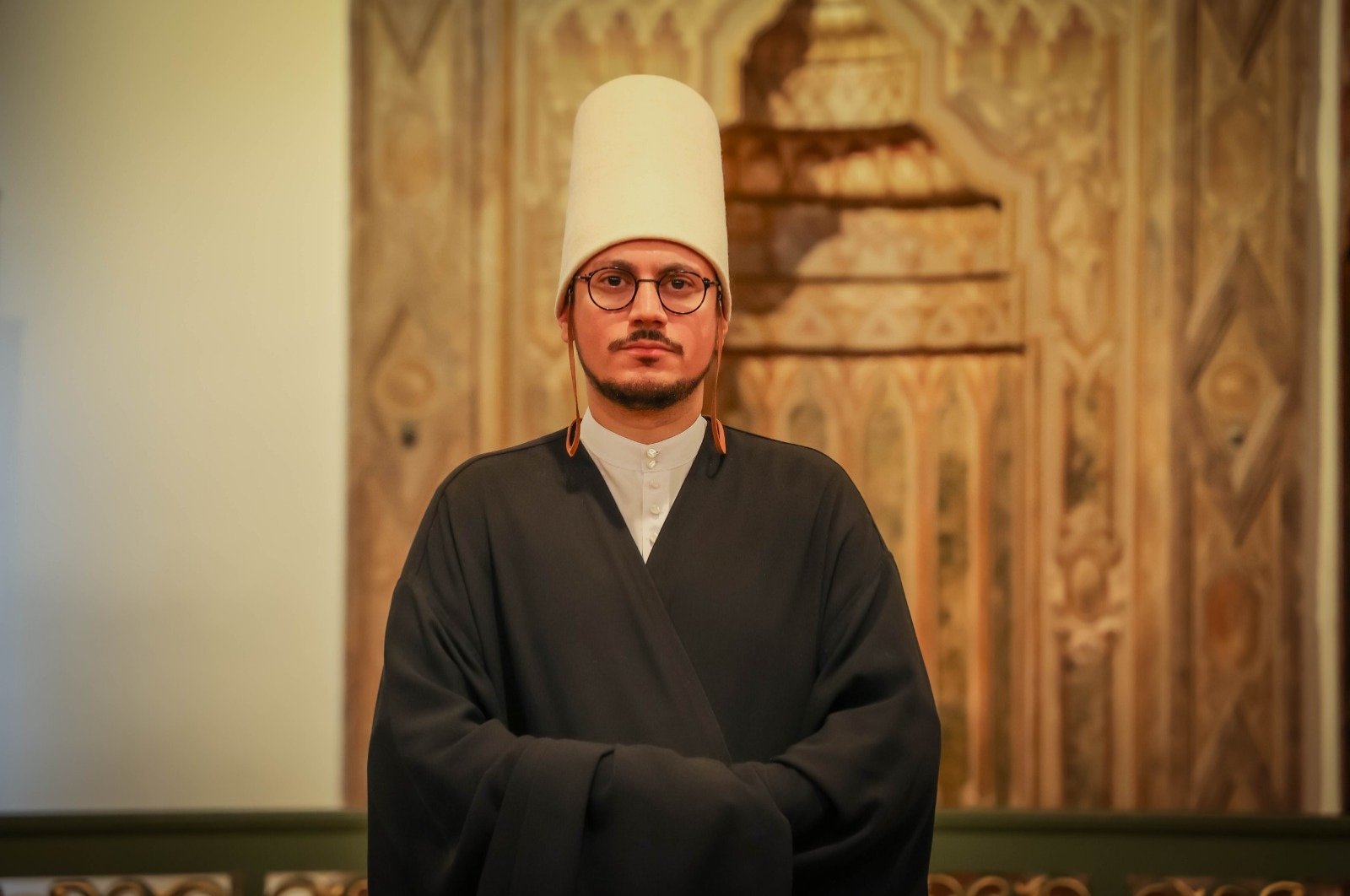 As the central Turkish province of Konya hosts visitors for Şeb-i Arus ceremonies to mark the passing of Sufi philosopher Mevlana Jalaluddin Rumi, the highlight of the events is the performance of the whirling dervishes, or “semazens,” which is known as “sema.” Forty-year-old Abdurrahman Tevruz is among them. A “semazenbaşı” (or chief semazen) in a semazen group supervised by the Ministry of Culture and Tourism, Tevruz says their performance is based “on love.”

“This is a limitless love and you can taste it while performing sema,” he told Muhammed Uzun of the Sabah newspaper.

Tevruz expressed interest in Sufi culture when he was still a child. Over time, he joined the whirling dervishes and trained “countless” others in this culture. “I am honored to be a semazen though I see myself as someone not worthy of this title,” he said, in the traditional modesty of semazens. He performed his first sema (or as they called “Ayin-i Şerif” or the “Blessed Rite”) 26 years ago. He was trained by a “dede,” or mentor, named Nail Kesova.

“Being a semazen was something not understood by everyone. I remember people giving me curious looks when I told them what I did while I was in high school. But today, everybody knows the semazens and what they do,” he said.

“I faced opposition when I started out at an early age. People told me not to ‘go into too deep’ (in this culture). Families were also anxious to allow their children to take on this role but today, they are more likely to consent,” he recounted.

Tevruz says being a semazen provided him with a new personality, a positive one, and immense happiness. “I have a positive energy now and people who do not know what I do ask me what I do to gain this,” he said. Tevruz stated that modern “chaos” drove people to different fields, like the Sufi culture. “I perceived this while I was still a child and chose this path. The path of Mevlana is like a shelter for people. This is where you discover your essence,” he said.

Though sema appears a simple act of whirling, Tevruz said every movement has a meaning and all are connected to “love.”

“Semazens kiss what they wear and this means that you value everything in this world, whether living species or inanimate objects, everything that serves human beings. Clothes and colors may change, their shape may change but the underlying meaning remains same,” he said.

When they spread their arms to the sides, it represents aiming for maturity, Tevruz also explained. “The ‘sikke’ semazens wear on their head represents the gravestone, the ‘hırka’ (woolly, shirt-like garment with long sleeves) represents the grave and the ‘tennure’ (the garment worn over undergarments that reaches from the shoulder to the ankle) represents the shroud. Semazens extend their right hand upward and left hand downward. This means that they are ready to receive Allah’s beneficence and give it to people,” he said.