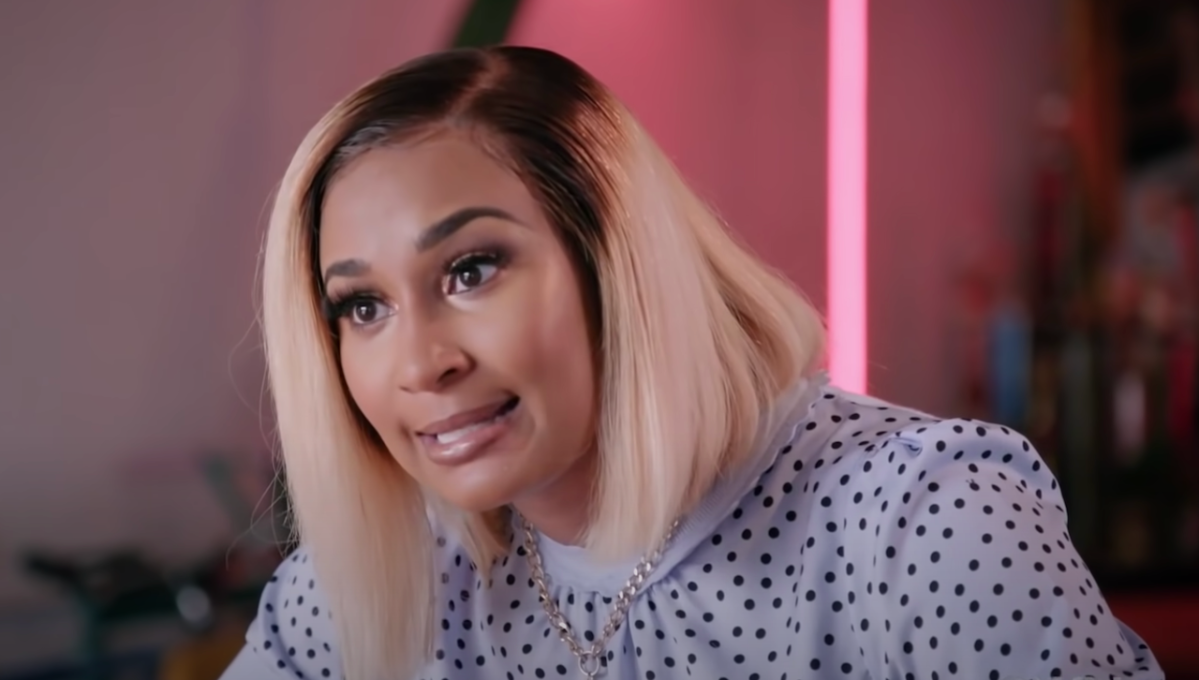 Now that OWN reality stars Martell and Melody Holt are divorced, Melody can give a different perspective on why she says she stayed in her marriage for so long. The Love & Marriage: Huntsville star says lack of self-love played a huge role in her decision to stay. She now says staying with her ex was the biggest betrayal to herself and her children.

Martell engaged in a seven-year extramarital affair with Arionne Curry during his 14-year marriage to Melody. He and his mistress eventually had a child together, and Melody filed for divorce shortly before news of the baby with Curry was confirmed. Their divorce was finalized in 2021, and they share custody of their four children.

Melody has since said that staying in the marriage was the biggest betrayal to herself and her children. She says it did major damage that she’s since had to heal from.

“I had to forgive myself for not loving me enough because had I loved me the way I should have, and had I respected myself enough, I never would have even given myself so many chances to betray me or be a big disappointment,” she told a fan during a recent Instagram live.

She also says it affected the way she interacted with her children. “A lot of times, you harden your heart because you don’t want to hurt anymore, and whenever that happens, you don’t get to choose when the heart is hardened, and when it’s not. So everything and everybody that comes in contact with you during that point, they’re going to get a piece of that hardened heart. So when it comes to my children, looking back at it, there were times when, because I was so broken and so hurt, I didn’t show as much emotion or physical connection as much as I should have,” she added.

While Martell has been open about potentially reconciling one day, Melody has clarified that it’s not in the cards. She says she gave him enough chances in the marriage.

“That’s not anything I’m interested in, I would never be interested in [getting back with Martell],” she told Dr. Heavenly Kimes in a YouTube interview. “I literally would die alone before I’d ever be with Martell. And I don’t say that…I don’t want you to think I’m trying to be mean about it but it’s the honest to God truth.”

Melody explained that due to Martell’s ongoing disrespect, even after their split, she doesn’t trust him. “When a person does so much and kind of shows you their character, shows you their lack of morals, integrity, and different things like that, why would you want to be with someone like that? It’s just not anything that even crosses my mind. Honestly, it doesn’t,” she said.

Martell has admitted to extreme regret over causing the end of his marriage. Despite such, he’s made contradictory statements, noting that he wasn’t sexually satisfied, and that’s the reason he stepped out. Still, he wishes he’d done things differently. He stated in an Instagram live:

I would have accepted certain things that my wife wasn’t doing. Some of my complaints, I could have held on a little longer before taking matters into my own hands because we were a great couple, damn near like a perfect couple. We both got busy and I started complaining about things like that and I feel like if I just had accepted certain things – because when I look back now it’s like, ‘Damn, it wasn’t that serious,’ but when you’re in the moment [it feels otherwise]. You got this amazing marriage and these amazing children and you’re about to go and mess it up.

Whether he has regrets or not, he’s seemingly moved on. Martell is currently dating RHOA star, Sheree Whitfield.