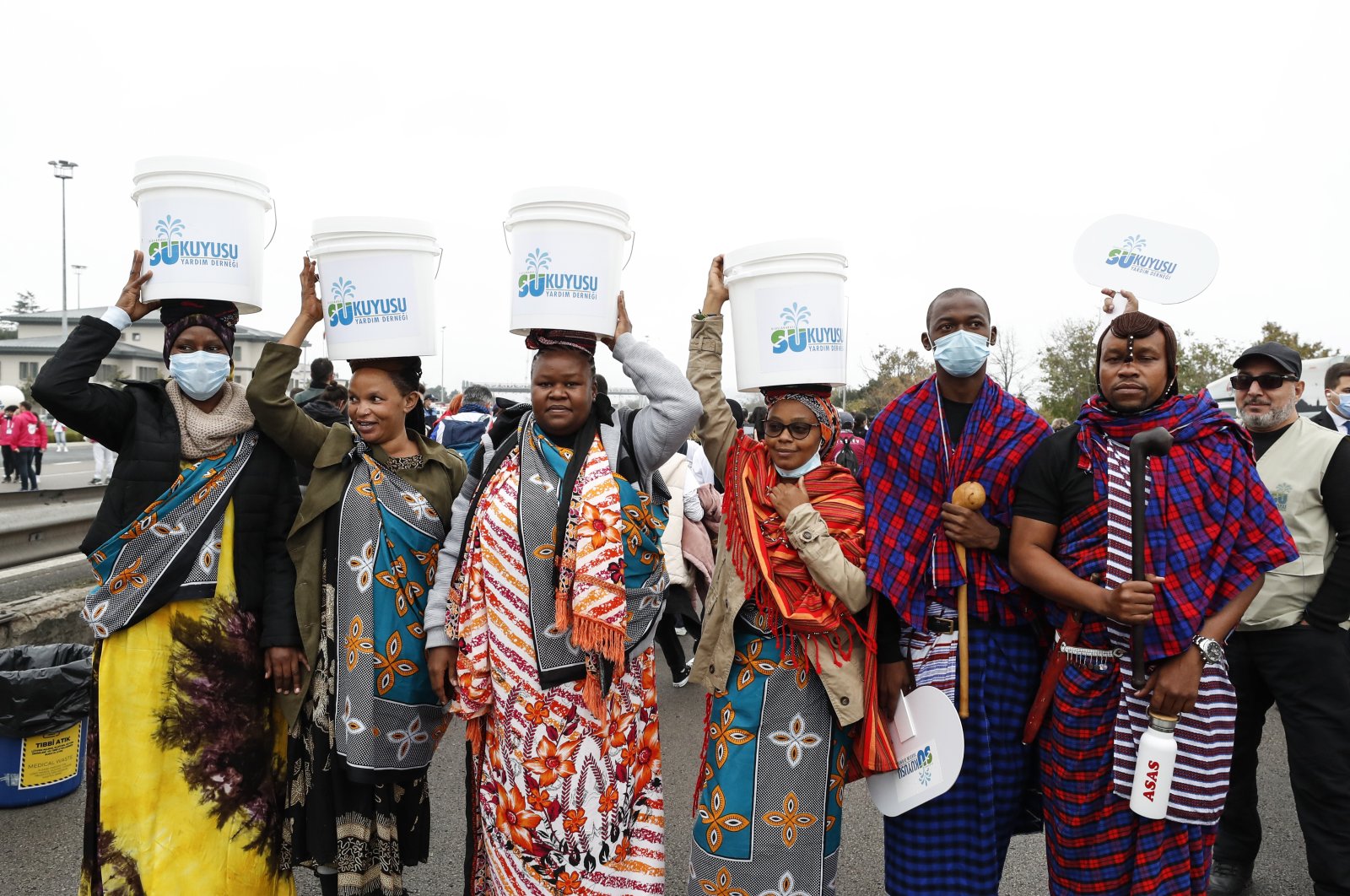 Members of the Maasai ethnic group marched through the streets of Istanbul on Wednesday to draw attention to the ongoing water crisis in Africa. The members arrived Turkey at the invitation of the International Water Well Aid Association.

In a bid to raise awareness among the international community about water scarcity in the continent, also a global issue due to climate change, the members of the Maasai tribe covered a distance of around 20 kilometers (12.4 miles) in three days carrying water buckets on their heads.

During their visit to the local authorities, they shared their struggle to get access to clean water and how they have to walk at least 6 kilometers (3.7 miles) a day just for a glass of water to drink.

They also visited Hagia Sophia Grand Mosque, where they prayed, and enjoyed a sea tour around the Bosporus, including the unique scenery of the strait connecting Europe and Asia.

About 900,000 Maasai of East Africa live in southern Kenya and northern Tanzania. Maasai land bordering the Serengeti National Park is crucial for the community because they heavily rely on cattle. As they occupy a total land area of 160,000 square kilometers (61,776 square miles), the largely pastoral community has lost a significant share of their land. Long before the current government plan, they were moved from the Serengeti by the British in 1959.