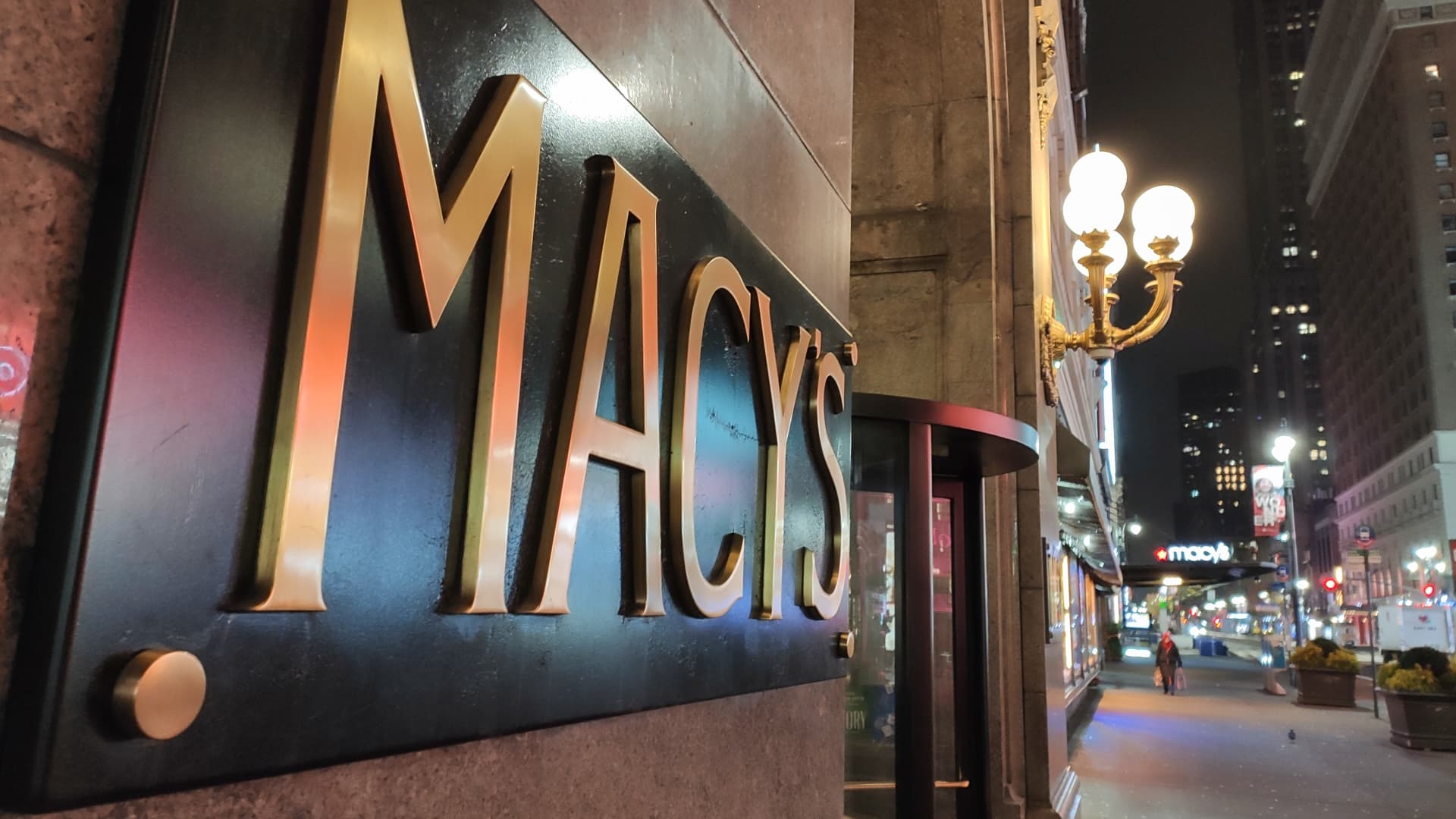 Macy’s on Tuesday cut its full-year forecast, saying it anticipates deteriorating consumer spending on discretionary items like apparel that will force the department store chain to use heavy markdowns to move items off shelves.

The warning comes even as the retailer reported a fiscal second-quarter profit and revenue that topped analysts’ expectations.

The revised forecast from Macy’s follows big-box giants Walmart and Target last week both reiterating their annual forecasts even as their profits are pressured. Kohl’s, however, cut its guidance again saying that its middle-income customers are being hurt by heightened inflation.

Companies that rely on sales of discretionary items like apparel and footwear are at greater risk of underperforming in an environment where shoppers are increasingly thinking about pulling back spending. Over the summer months in particular, many Americans have opted to splurge on vacations and dining out rather than physical goods.

“We expect to come out of this uncertain period in a strong position with a healthy balance sheet,” Chief Executive Officer Jeff Gennette said in a statement.

Macy’s noted both its Bloomingdale’s and Bluemercury banners captured demand in the latest quarter from higher-income spenders seeking out luxury items. Both businesses outperformed, it said.

Here’s how Macy’s performed in its fiscal second quarter compared with what analysts were anticipating, based on Refinitiv estimates:

Macy’s comparable sales on an owned plus licensed basis dropped 1.6% from the prior year. Analysts had been looking for a 2% decrease, according to Refinitiv.

Digital sales fell 5% from the prior year but were still up 37% compared with pre-pandemic levels, Macy’s said. E-commerce revenue accounted for 30% of total sales, down slightly from the prior year, as people returned to stores to shop.

Gennette said that Macy’s so-called Polaris turnaround plans, which have entailed store closures and investments in its digital operations, have made the company faster and more agile. This has been “essential to navigate rapidly changing consumer trends and macro conditions,” he said.

As Macy’s scales back its exposure to traditional shopping malls, the company is opening smaller-format stores in off-mall locations. It’s also testing other ways to lure shoppers into its stores, including a partnership with the owner of Toys R Us to bring an assortment of toys and games to hundreds of Macy’s locations ahead of the holidays.

At the same time, Macy’s said it will invest in bringing in fresh inventory of categories that its customers are looking for over the holiday season.

During its second quarter, Macy’s reported strength in dresses and work wear for women, tailored sports wear for men, fragrances and luggage.

“The past couple of years have been good ones for Macy’s and the company is now in a better state than it was pre-pandemic,” said Neil Saunders, managing director of GlobalData Retail. “However, unless the business capitalizes on this fortune to make major changes, it will continue to lag the overall market.”