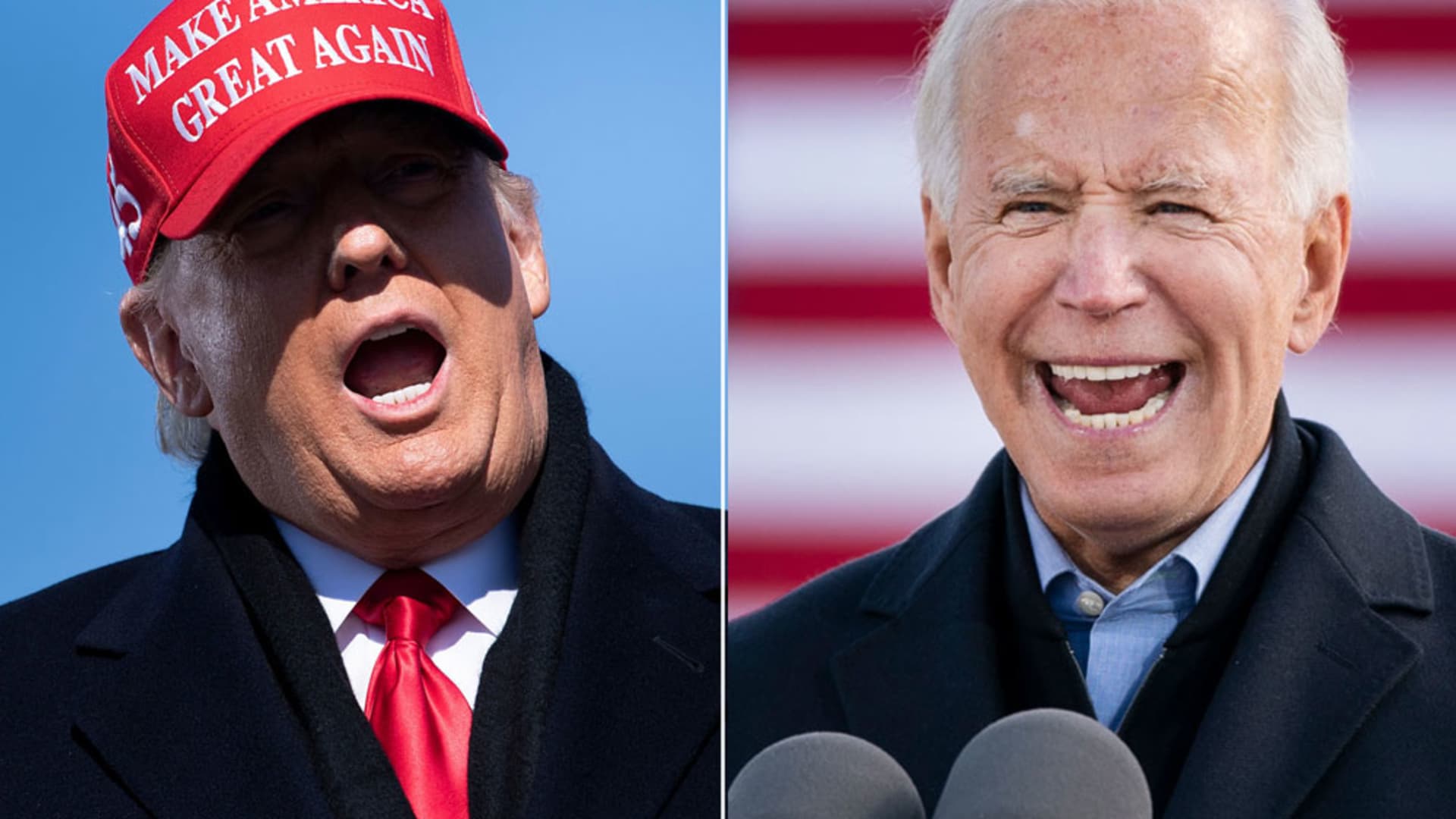 That’s how majorities of the public responded when the CNBC All-America Economic Survey asked if President Joe Biden or former President Donald Trump should run again for president.

The survey found 61% of the public think Trump should not seek the presidency, compared with 30% who believe he should. And 70% say Biden should not run for a second term with just 19% supporting a run.

Substantial numbers in each politicians’ own party prefer their names not be on the ballot, including 37% of Republicans who don’t want Trump to run along with 61% of independents and 88% of Democrats.

For Biden, 57% of Democrats say he shouldn’t stand for office in 2024 along with 66% of independents and 86% of Republicans.

CNBC’s Democratic and Republican pollsters both believe Democrats will likely support Biden if he’s the nominee and that Republicans will support Trump. In a primary, each candidate would have a substantial level of support that could allow them to gain their party’s nod, especially against a large field of competitors who would split the vote.

Still, both pollsters pointed to the large opposition from within each party and said neither Trump nor Biden is starting off in a strong place. While Trump has announced he’s running, President Biden has yet to officially do so.

The survey found that 47% of those who think Biden should not run say age is a major reason, including 61% of Democrats who don’t want him on the ballot and 66% of seniors. By contrast, just 43% of the 18-49 demographic group cite age as a major reason. Biden turned 80 last month.

Just 8% say age is a major reason they don’t back another run for Trump, who is 76.

Biden has other problems other than age. Despite a stronger than expected showing by Democrats in the congressional elections and several legislative victories, Biden’s overall approval slipped to 41% from 46% in the October survey, with his disapproval rising to 54% from 50%. The President’s economic approval slipped to 38% from 40% and disapproval rose a point to 57%.

Just 20% of the public think the Biden administration’s efforts to ease inflation are helping, a five-point decline from October; 28% believe they are hurting, a two-point decline, and 49% say they’re not making much difference, a 7-point jump.

The survey found broadly negative views on the economy and the outlook with just 14% saying the economy is good or excellent, the lowest level since 2013

When it comes to top priorities for Congress, American are unusually united: they want lawmakers to tackle inflation. 87% of the public say it should be job No. 1 and it’s the top pick for both parties and for independents.

Other issues show the more traditional divisions: reducing the deficit and spending is the second overall pick for both the public, Republicans and independents. But just 47% of Democrats think it should be a Congressional priority, compared to 84% of Republicans.

(You can view the full survey here.)