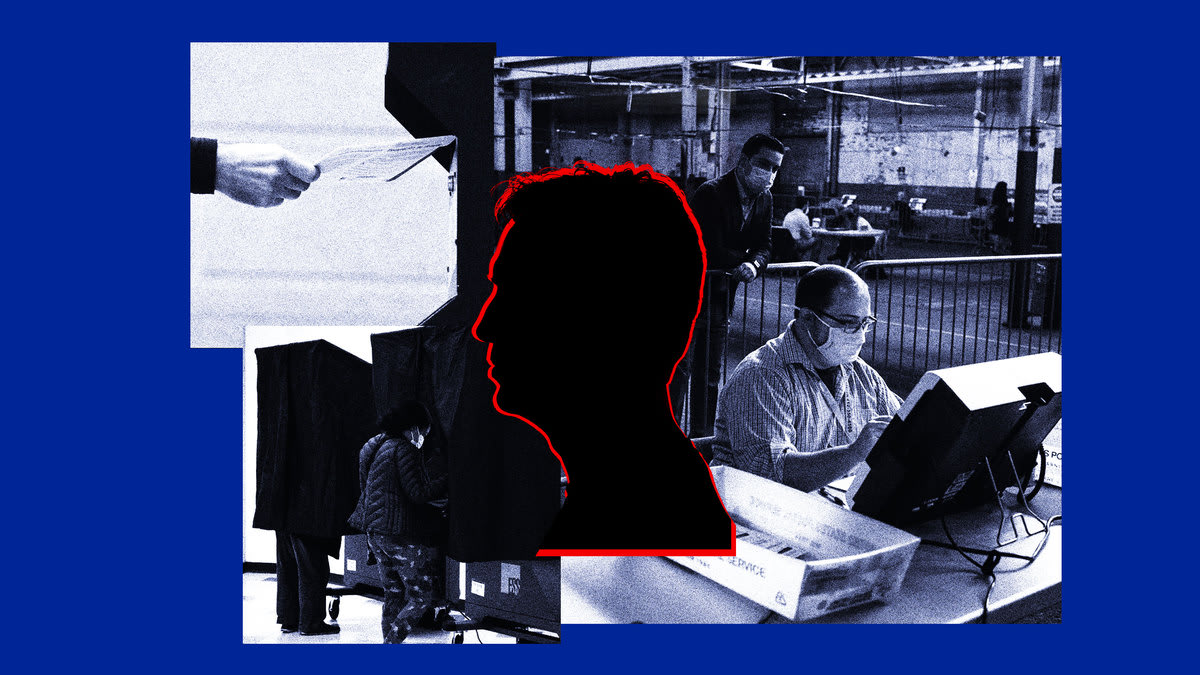 Pennsylvania counties are still mired in dubious election “audits” two years after Joe Biden’s presidential win, and new disinformation about 2020 voting machines is circulating ahead of the midterms. Now, officials tell The Daily Beast they don’t even know who is behind the latest “report” purporting to show ballot fraud.

In September, a new “report” began circulating—as first reported by Pennsylvania’s WITF—that claimed 2020 ballots scanned on one of Allegheny County’s voting machines appeared blurry. (Blue voters rallied in the county to give Biden an edge in the swing state.) It claimed that some 10,000 ballots may have been affected. By the next day, right-wing conspiracy bloggers had seized on the report to declare, incorrectly, that the review had found “10,000 counterfeit ballots.” Several days later, Patrick Byrne, the MAGA-loving former Overstock CEO, published a blog post that claimed the report found “16,000 fake ballots” in Allegheny County.

By the time the Allegheny Board of Elections met four days later, the document had been forwarded to the county multiple times, records show, including by two locals who requested to speak at the meeting.

The reason for the blurry scans was probably simple, Allegheny County’s elections manager, David Voye, told Councilman Sam DeMarco, who asked for an explanation of the blurry ballots “before this thing takes off.”

“Over the weekend, I was sent an email in which someone talked about a review of the images of ballots that they did in 2020 and the poor quality of images off of one particular scanner,” DeMarco told Voye. After that message, “it jumped to videos, where someone puts out a video claiming that the unclear images represent counterfeit ballots,” DeMarco said.

“We did talk to our machine mechanic,” Voye replied. “He thinks it’s just an unclean screen on the scanner.”

At the Board of Elections meeting, Voye went on to explain how ludicrous the implied ballot-fraud plot was. “For me to scan 10,000 counterfeit ballots on election night, in full view of about 200 county employees and approximately 40 party watchers, I don’t see that as feasible.” Other county commissioners went on to note that the scanning area was under constant surveillance, using randomly assigned scanners, making the odds of the alleged fraud “next to nothing.”

“Like Wake TSI, Erich Speckin is a veteran of the Maricopa audit. ”

“We hear about these allegations, but what we don’t get is any definitive, specific information that’s actionable,” DeMarco said. A crowd of meeting-goers, who had voiced conspiracy theories during the meeting’s public comments section, shouted in disapproval.

Footage of the Board of Elections meeting has 1,000 views on Facebook. In contrast, a single conspiracy video claiming “10,000 counterfeit ballots” in Allegheny has more than 30,000 views.

It’s not even clear who commissioned the report. Its author, Erich Speckin, claimed, “I have been asked to review scans and ballot count sheets from the November 2020 election in Allegheny County, Pennsylvania.” But an attorney representing Speckin did not answer questions about who asked Speckin to review the scanned ballots. She noted that the scans were obtained legally, through a Pennsylvania “Right To Know” request.

(Downs, the Allegheny County spokesperson confirmed that the images of the ballots had been legally obtained but that after their release, “the Department of State issued guidance to all Elections offices that such images should be considered to be contents of a ballot box and are not available for release. Any other subsequent requests have been denied pursuant to that guidance.”)

Speckin’s Sept. 16 report on Allegheny County was not his only recent foray into Pennsylvania voting records. The previous day, he’d published a review of Dominion voting machines in Pennsylvania’s solidly red Fulton County, where he purported to find security flaws in the machines. Five days later, Fulton County and its board of elections filed suit against Dominion, citing Speckin’s report.

Speckin’s attorney did not comment on who commissioned Speckin to review Fulton’s voting machines. Reached via email, Fulton County elections director Patti Hess declined to reveal who commissioned the report (or who was paying for it), referring The Daily Beast to the county’s special counsel, who did not return a request for comment.

Fulton County has a special counsel on voting machine-related matters because Speckin’s report is at least the third attempt by state and local Republicans to review the Republican county’s Dominion machines.

As Donald Trump and allies fumed over his loss in late 2020, a coalition of Pennsylvania state senators and pro-Trump attorneys quietly asked for access to conservative counties’ voting machines, The Washington Post reported last year. Only Fulton County is known to have agreed.

On Dec. 31, 2020, county officials allowed the company Wake TSI to inspect its voting machines. Wake TSI would soon become familiar to followers of election fraud conspiracy theories. The company contributed to a chaotic election “audit” in Arizona’s Maricopa County last year. In both Maricopa and Fulton Counties, the company was hired by Defending the Republic, a nonprofit run by conspiracy-promoting attorney Sidney Powell. Neither county’s audits have revealed evidence of voter fraud; the audits’ most significant effects have been to burden taxpayers, after state officials ruled that both audits compromised the integrity of the voting machines they were supposed to inspect.

Republican lawmakers have actively contributed to those baseless theories in Fulton County. In late 2021, Pennsylvania’s Republican-led Senate agreed to pay $270,000 in public funds for another inspection of Fulton’s voting machines, this time by the company Envoy Sage, which has no experience with elections, WITF reported. That effort has stalled, after a March court ruling compelled auditors to abide by strict protocols for handling voting machines.

Like Wake TSI, Erich Speckin is a veteran of the Maricopa audit. In an appearance on a conspiracy podcast in February, Speckin claimed to have contributed to the Arizona effort, and to have found issues with at least 36,000 ballots in that “audit.”