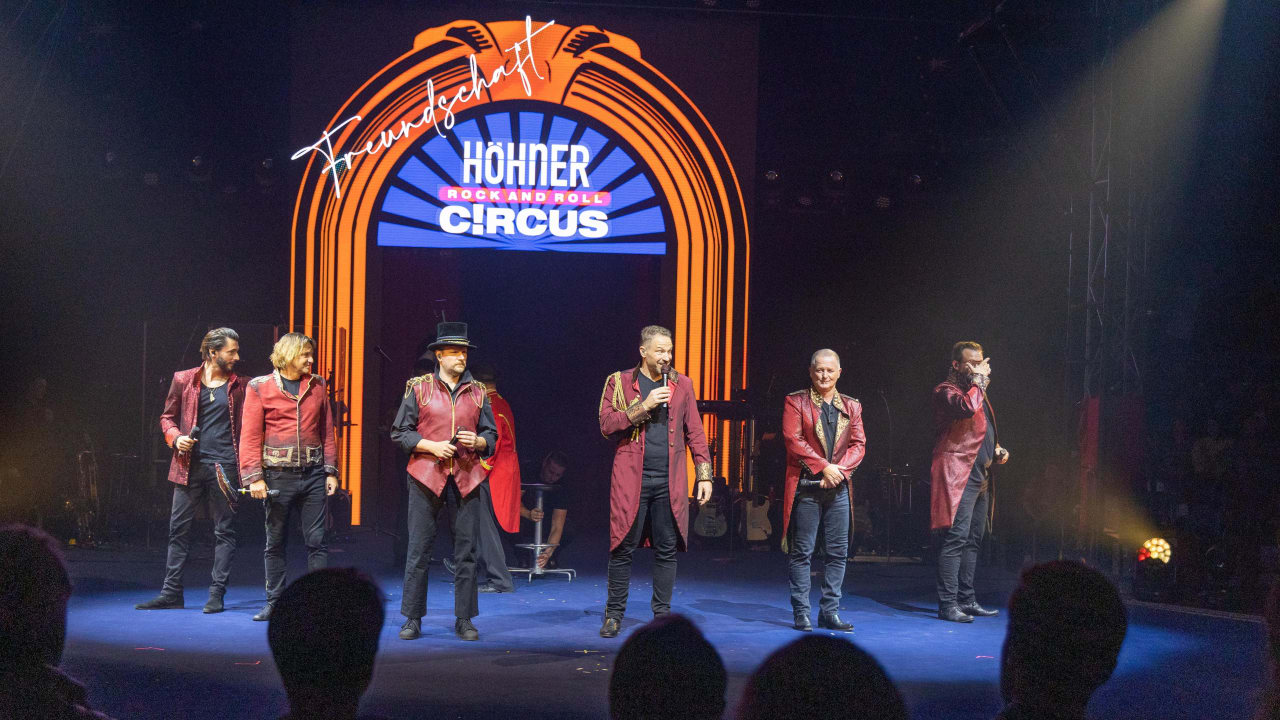 Cologne – For their 50th band anniversary, they promise not only musical hits. When the Höhner Rock and Roll Circus comes to Cologne next year, saxophonist Jens Streifling (56) wants to get back on the wheel of death.

Drummer Heiko Braun (52) dares to walk the tightrope with the “Gerlings”. And what the former frontman Henning Krautmacher (65) wants to do with his (probably unique) guest appearance, he does not reveal yet.

So far only: The show is called “Vivace” and will be a guest from May 4th to 27th, 2023 at the Zoobrücke. Advance sales are on.

This year, the Höhner Rock and Roll Circus has already delighted audiences in Mönchengladbach.

In September, Colombian acrobat Juan Carlos (33) fell nine meters from the wheel of death during a somersault in Düren and suffered severe bruises. The artist is doing better now.

Fancy more Höhner now? Her Christmas concert at the Maritim is on December 17th. There are still tickets for that too.