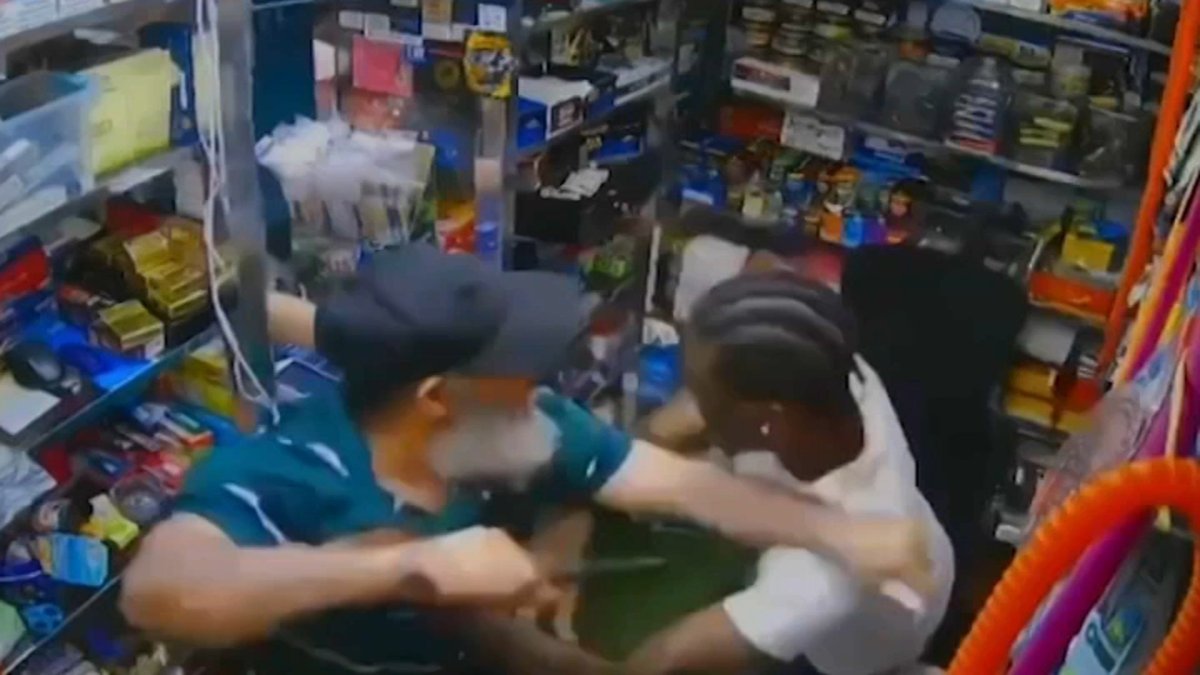 The Manhattan district attorney’s office said Tuesday it is moving to drop the murder charge against a 61-year-old bodega clerk accused of killing a man who attacked him behind the counter earlier this month in a case that drew national headlines.

Jose Alba is facing a second-degree murder charge in the July 1 stabbing death of Austin Simon. In the court motion filed Tuesday, the assistant district attorney says it can’t prove behind a reasonable doubt that the deadly force was unjustified and thus will not present the case to a grand jury.

The motion is expected to be heard later Tuesday. Prosecutors said Alba’s attorney has been notified.

Tuesday’s development comes amid loudening cries from the public, community advocates and elected officials alike to dismiss the charge against Alba in the July 1 case at the Blue Moon Convenience Store on Broadway, near 139th Street.

Much of the outcry stemmed from surveillance video that shows the 35-year-old Simon storm behind the counter and attack Alba. A fight breaks out moments later and Alba grabs a knife. He stabs Simon three times — in the heart, lung and jugular vein, according to the prosecutors’ motion. Simon was pronounced dead at a hospital a short time later.

According to Tuesday’s court filing, the stabbing stemmed from a physical confrontation that Simon started because he felt that Alba had treated his friend’s 10-year-old daughter harshly. It says Alba pulled a snack out of the girl’s hand when Simon’s girlfriend couldn’t buy it because her EBT card malfunctioned. Minutes after the girlfriend stormed out of the store, Simon returned, went into an employees-only area and shoved Alba into a wall of shelves, according to prosecutors.

He then grabbed him by the collar to lift him out of the chair and force him out of the employee-only section to apologize to the girl. As Simon held him by the neck, Alba grabbed a knife from the shelf beside the counter and repeatedly stabbed Simon as the two struggled, according to the narrative from the Manhattan district attorney’s office. Alba was arrested.

The Manhattan district attorney launched an investigation and after interviewing civilian witnesses who called 911, EMTs, cops, the medical examiner and others, as well as pouring over forensic evidence from the scene, video and medical records, determined it lacked sufficient evidence to proceed.

The 61-year-old is facing murder charges after police said he fatally stabbed a man inside a Washington Heights convenience store. There is growing outrage regarding his arrest, however, with many left wondering: Was it murder or self-defense?

Investigators said the brawl started after Simon’s girlfriend tried paying for a bag of chips, but her card was declined.

NYC Mayor Eric Adams, who was among the many who stopped by the bodega throughout the day on Thursday, said that it appeared Alba was acting in self-defense

“It’s time for New Yorkers and Americans to start standing up for people following the law. And that’s what I’m going to do,” the mayor said on Thursday.

Adams’ words drew praise at the UBA press conference Sunday, where Mateo thanked the mayor for “standing with us.”