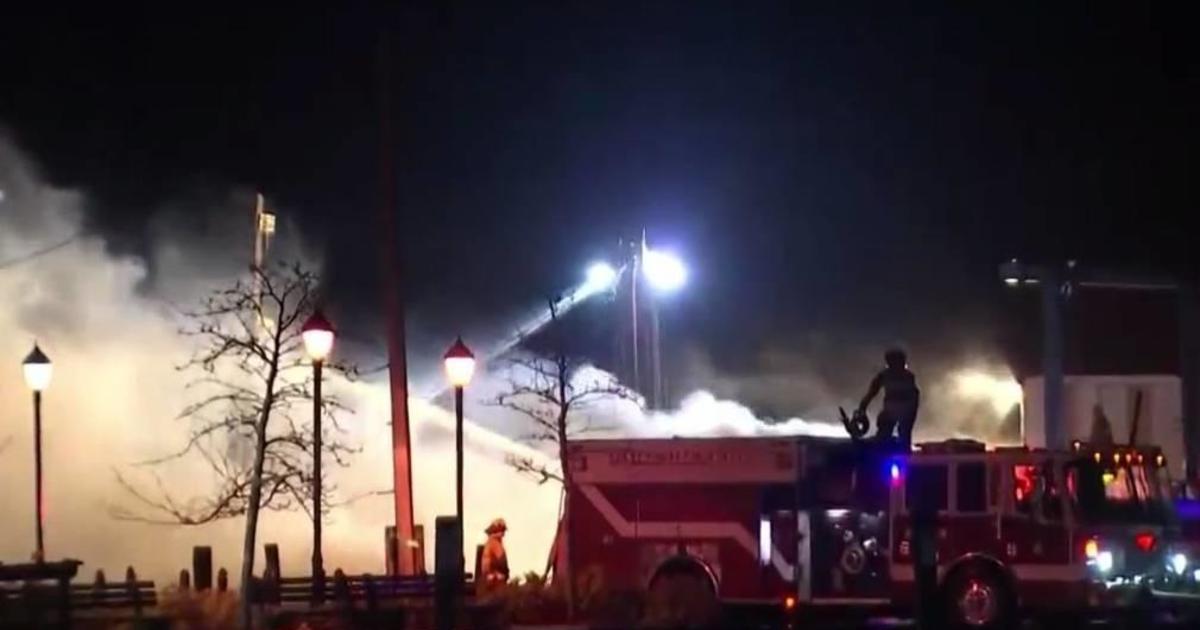 MYSTIC, Conn. — A massive fire fueled by wind badly damaged a marina at the Seaport Marine Warehouse along the Mystic River in Connecticut.

Crews sucked water out of the river to put out the flames.

The Seaport Marine Warehouse is close to Mystic Village, a popular tourist attraction.

The fire chief said flames destroyed a home and a commercial building, and badly damaged about five boats.

No one was hurt. Crews are trying to figure out how the fire started.