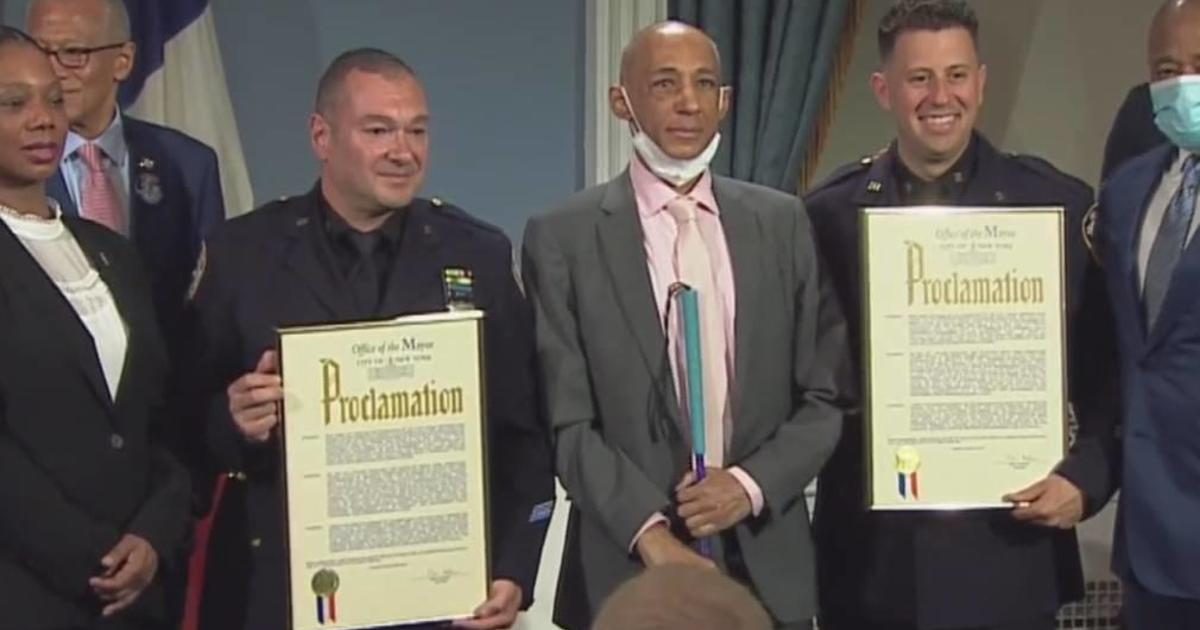 NEW YORK — Two NYPD officers are being hailed as heroes for saving a man who fell onto the subway tracks earlier this month.

Body-cam video shows Det. Henry Greco and Officer Jason Macaluso running toward 61-year-old Suleiman Rifai, who is blind, after he stumbled off the platform with a train approaching.

On Friday, the mayor and police commissioner honored the officers for their heroic actions.

“On behalf of 8.8 million New Yorkers, the police commissioner and I just want to just say, ‘Thank you,’” Mayor Eric Adams said.

“Because of you, there is a grateful man and his family standing here today. Our police department and our city is truly proud to count you as our finest. Thank you for your service,” NYPD Commissioner Keechant Sewell said.

Rifai called the officers his angels and thanked the mayor for having police in the transit systems.