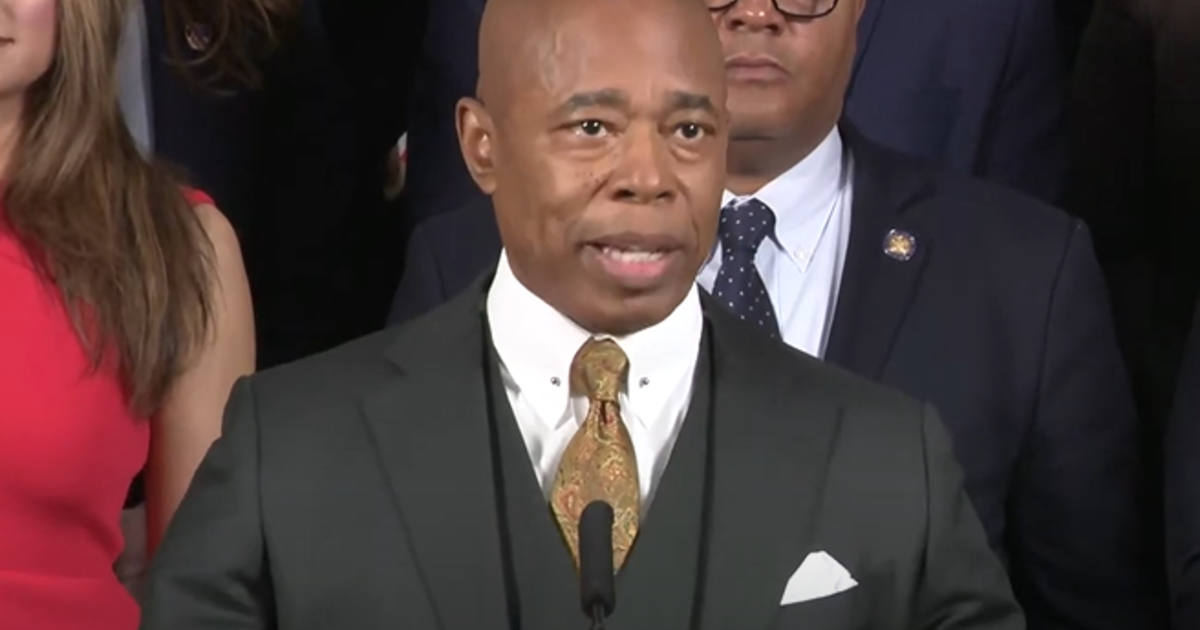 The move is drawing strong reactions and many questions from advocates for the homeless.

As CBS2’s Zinnia Maldonado reports, first responders and outreach workers are now being directed by Adams to transport people experiencing a mental health crisis on the streets or subways to a hospital if they are a danger to themselves or unable to meet their basic needs.

Adams also introduced an 11-point legislative agenda to fill in the gaps in mental health laws.

“The problem is this plan doesn’t lay out the help. It focuses a lot on the involuntary removal, and so we have to get some additional questions answered,” Public Advocate Jumaane Williams said.

“You want to solve the problem is different than ‘I don’t want to see the problem,’” Williams said. “What is slipping through the cracks is a plan that doesn’t say where’s the funding going to be for the mobile crisis team? There are some good things in there – we don’t know if they’re gonna be funded.”

Adams says the city will set up a virtual consultation hotline which first responders can use to show a clinical expert the person they’re dealing with in real time. From there, medical teams decide whether to bring someone in for a full psychiatric evaluation.

Former NYPD Det. Andy Bershad called the initiative a small bandage on a much bigger issue.

“A lot of people if you go into shelters, they don’t want to be there. They don’t, you know – ‘I take this medicine, and it makes me feel funny. So I’m not going to take it anymore.’ And then what happens, their progression gets progressively worse. And then we find them in situations where we hope they don’t,” Bershad said.

Bershad also questioned how first responders will actually go through the process of transporting those who may not want to be taken in for mental health care.

“Are we looking at situations potentially when a situation goes badly? You know, if I go to take a patient that doesn’t want to go, or against their will, now I’m taking them involuntarily. What is the ramifications for the uniformed officer EMS provider,” Bershad said.

Adams says he will find a way to provide psychiatric beds for anyone in need, and adds this new initiative may also be applied to people who are not experiencing homelessness.