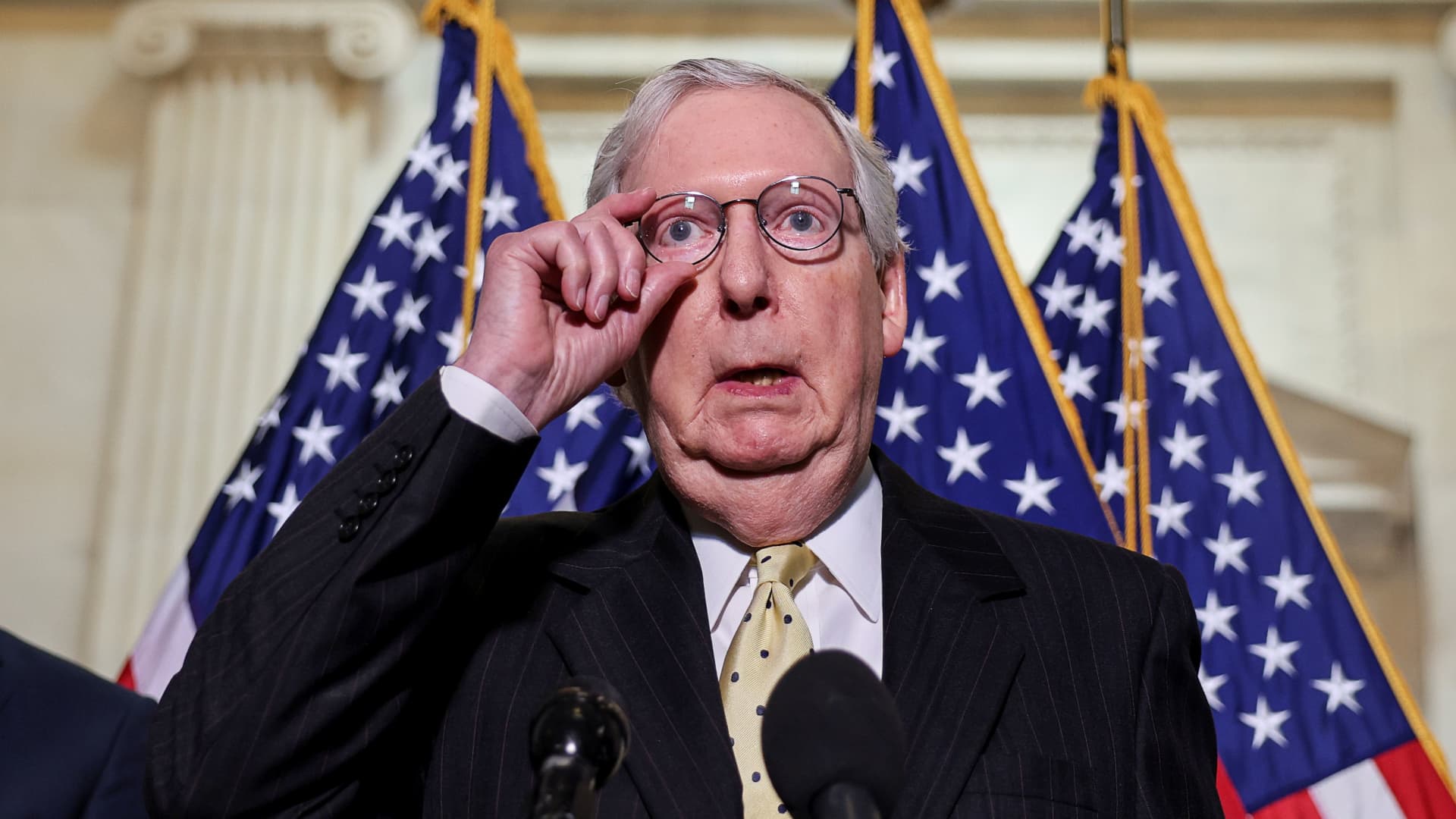 WASHINGTON — Senate Minority Leader Mitch McConnell came out on Tuesday in favor of legislation aimed at preventing election subversion, giving the bipartisan effort a major boost and putting him at odds with former President Donald Trump.

“I strongly support the modest changes that our colleagues in the working group have fleshed out after months of detailed discussions. I’ll proudly support the legislation, provided that nothing more than technical changes are made to its current form,” McConnell, R-Ky., said on the Senate floor.

The Electoral Count Reform and Presidential Transition Improvement Act would clarify the 1887 Electoral Count Act to limit the vice president’s role to counting votes, raise the threshold to object to certain electors to one-fifth of each chamber, bolster laws around certifying elections for the rightful winner and seek to facilitate an orderly presidential transition amid contested results.

Lawmakers crafted the legislation in the aftermath of the Jan. 6, 2021 attack at the Capitol, when pro-Trump rioters stormed the building where then-Vice President Mike Pence was presiding over the formal tally of Electoral College votes in an effort to overturn Joe Biden’s win. Trump has repeatedly insisted that Pence that the power to subvert the count, which experts overwhelmingly agree he did not. The legislation would make clear the vice president’s ceremonial role.

“The chaos that came to a head on January 6th of last year certainly underscored the need for an update” to the Electoral Count Act, McConnell said in his floor speech. “The resulting product — this bill, as introduced, is the only chance to get an outcome and to actually make law.”

Before McConnell’s support, the bill was cosponsored by 10 Democrats and 10 Republicans in the Senate. His backing gives it a stronger chance of clearing the 60-vote barrier to break a filibuster.

The legislation is set to be marked up and revised with modest changes in the Senate Rules Committee on Tuesday afternoon, with a vote on a “manager’s amendment” negotiated by Rules Chair Amy Klobuchar, D-Minn., and Ranking Member Roy Blunt, R-Mo.

The bill has some differences from the House version, which passed the chamber last week with Democrats and just nine GOP votes.

“We must update the antiquated Electoral Count Act to ensure that electoral votes for president accurately reflect the will of the people in each state and to improve the process for counting electoral votes in Congress,” Klobuchar said. “I look forward to adopting these bipartisan changes at our Committee markup so we can continue to advance this critical legislation.”

Getting a Covid Booster? You May Be Eligible for Discounts, Or Even a $75 Gift Card