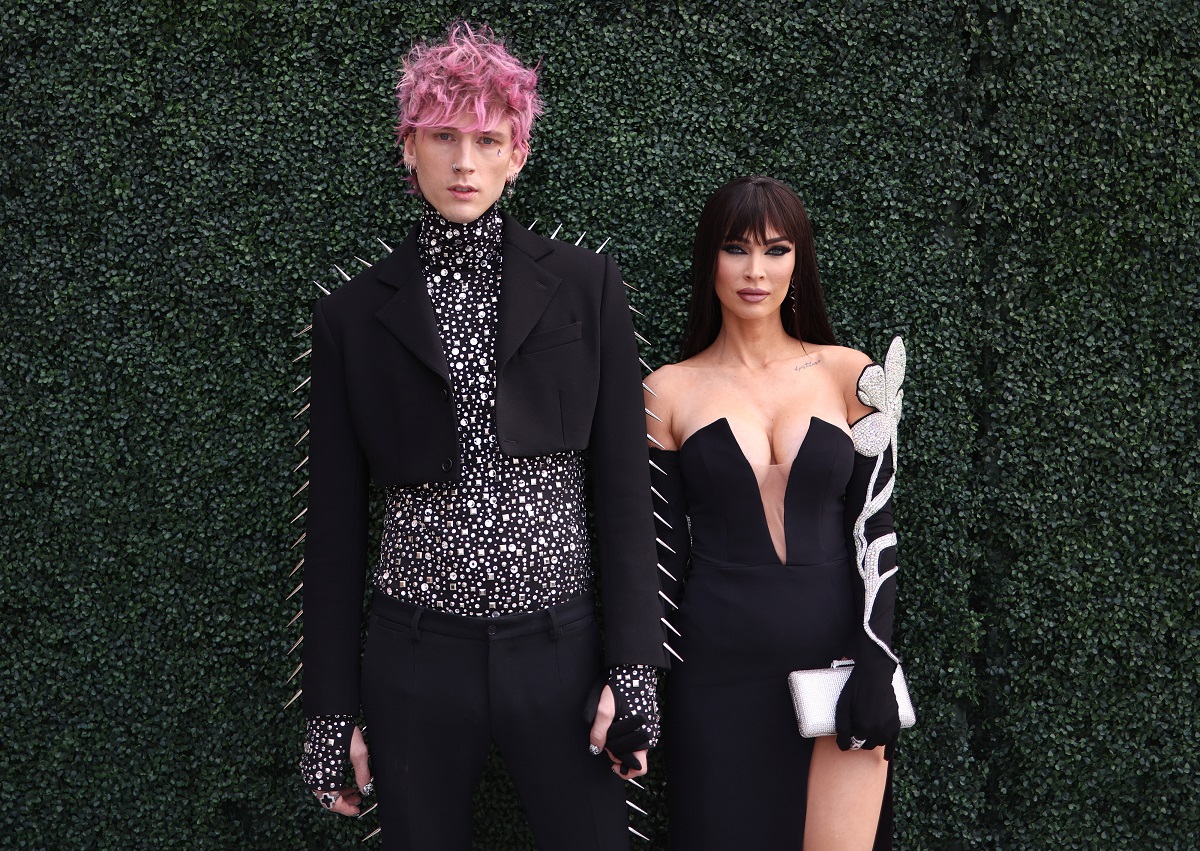 Ever since Machine Gun Kelly and Megan Fox got together, the public has had much to say about their relationship. It doesn’t also help that the two share an awful lot of information about their private moments. The pair have dealt with their fair share of trolls who’ve criticized them for everything, including their age difference. Fox and MGK do have one drastic difference — in height, not age.

Months after splitting from her husband of more than ten years, Fox revealed that she had found love with none other than Kelly, whose real name is Colson Baker. Fox and Kelly met in 2020 while filming the indie thriller Midnight in The Switchgrass.

Rumors of a relationship began swirling when they were photographed grabbing takeout. The news came after it had been reported that she and her husband, Brian Austin Green, were quarantined separately. Greene confirmed days after the pap pics surfaced, noting that he and the Jennifer’s Body star had broken up in 2019.

Later that month, Kelly released the music video for his song Bloody Valentine, featuring Fox as the singer’s domineering girlfriend. Their chemistry in the video further led many to believe that they were indeed dating.

In June, Us Weekly broke the news that the pair were officially together, going Instagram official a month later. In early 2021, rumors about their engagement plans began surfacing, but Fox maintained she wasn’t ready for it. In January 2022, MGK proposed to the actor under a banyan tree.

Fox told InStyle in 2021 that she received so much criticism for their age difference, saying, “He’s four years younger than me, and people want to act like I’m dating a younger man.” Fox called the controversy “ridiculous” and “archaic.”

Their age difference is small, but the same can’t be said for Megan Fox, Machine Gun Kelly, and their height disparity. Looking at the couple standing side by side is enough to tell you there’s a major difference between them. According to Celebheights, Fox stands at 5’4″ while her fiancé towers over her at 6’4″. Fox talked about their height difference while promoting Midnight in The Switchgrass.

Fox recalled a scene where her character in the movie has to wrestle and overpower his character. She said, “He’s a lot bigger than me. He’s like seven feet tall and I’m tiny, so this is not something that’s going to happen in real life.”

The pair have been the subject of criticism for a while

Fox and Kelly’s romance isn’t for everyone. The pair have an intense relationship that most people have said puts them off. Fox told Glamour that she and Kelly frequently consume each other’s blood “for ritual purposes.”

Fox clarified that the amount of blood she and Kelly consume isn’t enough to make them sick. She also said her fiancé is usually enthusiastic about their “ritual,” saying, “He’s willing to just cut open his chest with a broken glass and be like, ‘Take my soul.’”

Fox also told E! News that she asked the rapper if his mother breastfed him because she wanted to know him deeper and because “it has a lot to do with your psychology and your temperament.” Additionally, fans criticized the couple when MGK revealed that he proposed with a ring that hurts when Fox attempts to remove it.

RELATED: Fans React After Megan Fox Announces That She ‘Cut a Hole’ in Her Blue Jumpsuit to ‘Have Sex’ With Machine Gun Kelly