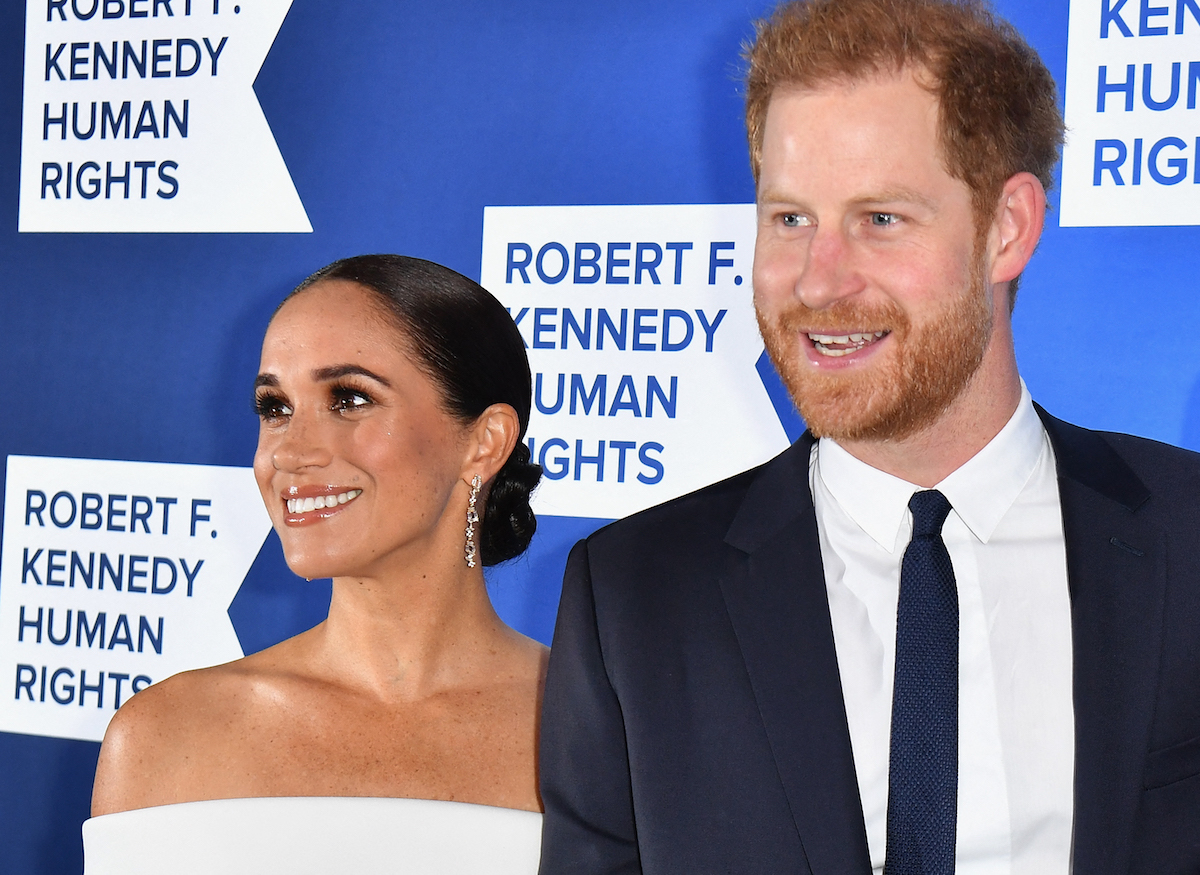 Meghan Markle and Prince Harry went back to their first date in Volume I of Harry & Meghan. Along the way, the Duchess of Sussex revealed there was a moment when she wasn’t “interested” in her now-husband because he was late. Ahead, learn what the Duke and Duchess had to say about their first date and why Meghan thought the royal might have “an ego.”

In their Netflix docuseries, the Duke and Duchess of Sussex looked back on where it all began. Meghan had been in the midst of planning her “single girl summer” when Harry came along in a “plot twist” (via LBC).

From their home in Montecito, California, which they share with their two children and three dogs, the pair remembered their first meeting.

“Meghan and I met over Instagram. I was scrolling through my feed, and someone who was a friend had this video of the two of them, it was like a Snapchat,” Harry said (via Insider).

“That whole thing, the dog ears,” Meghan added. “That’s what he saw of me.”

Meghan went on, sharing the mutual friend emailed her saying “Prince Haz” had asked about her. Her response? “I asked if I could see his feed,” she said.

“That’s the thing, when people say, ‘Did you Google him?’ No, but that’s your homework. Let me see what they are about in their feed. Not what someone else says about them, but what they are putting out about themselves,” she explained.

At the time, Meghan had a large social media following thanks to her successful blog, The Tig, and her role on Suits. Meanwhile, Harry reportedly had a secret Instagram. However many FaceTime calls later, they planned to meet up in person after Harry asked Meghan out.

From there, Meghan and Harry revisited their first date in the summer of 2016. While they hit it off, Meghan recalled Harry’s tardiness as a turn-off.

“We met at 76 Dean Street. You were late. And I couldn’t understand why you would be late,” Meghan said. “But he was texting. He was like, ‘I’m in traffic, I’m so sorry.’”

The now-41-year-old said because she hadn’t known Harry at the time she thought it could be his MO. “Oh, is this what he does?’ Got it,” she recalled thinking.

Prompted by Harry to offer an explanation, Meghan said: “Like you’re one of those guys who has so much of an ego … that any girl would sit waiting for half an hour for you. I was just not interested in that.”

As Meghan sat waiting at Soho House in London, England, Harry was on his way there “panicking.”

“I was panicking, I was freaking out, I was like sweating,” he said, referring to his being late. When Harry, now 38, finally arrived, Meghan learned he wasn’t actually “one of those guys” with “an ego.”

“You were just so sweet,” Meghan said. “That’s not what you are. So embarrassed and late.”