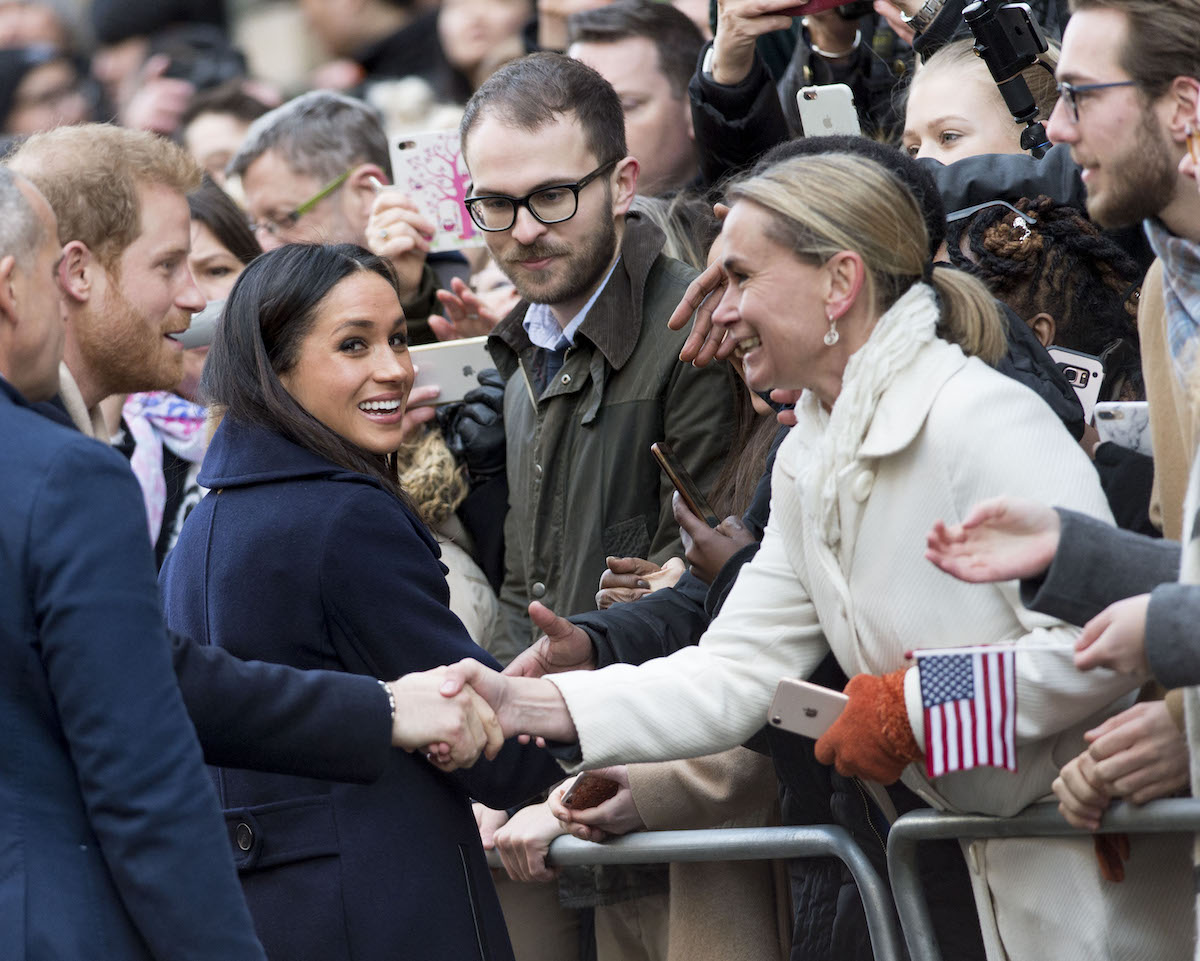 No body language “red flags” for Meghan Markle. Although the Duchess of Sussex has discussed being unhappy with royal life she didn’t necessarily make it obvious. Whereas according to an expert, Prince Harry’s ex-girlfriend Chelsy Davy made her “discomfort” clear.

“Unlike Meghan, Chelsy tended to make her discomfort at being in the public eye as a potential future member of the royal family pretty obvious,” she said (via Express).

James continued, saying Davy, now 37, “was normally a girl who was always smiling, laughing and looking sociable and confident.” However, all of that changed in the spotlight.

Suddenly her signature pose involved crossed arms and crossed legs and often a hand up over her mouth in a series of barrier and cut-off rituals that suggested a desire to hide from the attention,” James said.

Davy and the Duke of Sussex were romantically linked for nearly seven years after they began dating in 2004. Although it wasn’t until years after they split for good that Davy opened up about why it didn’t work.

“It was so full-on crazy and scary and uncomfortable,” she said in 2016 about the attention that came with dating British royalty (via Daily Mail). “I found it very difficult when it was bad,” she added before noting she “couldn’t cope.”

“I was young, I was trying to be a normal kid and it was horrible,” she concluded.

“When Meghan first arrived she not only seemed to ‘get it’ in terms of her new high-profile role, but she also immersed herself in the kind of confident, elegant body language the role required.”

Referring back to Davy’s body language when she dated Harry, there seemed to be “a reluctance” that wasn’t on display with Meghan.

“Chelsy’s more introverted signals hinted at a reluctance of being in the spotlight and the public eye,” the expert said. “And this might have thrown up red flags that were missing with Meghan.”

Perhaps part of the reason why “red flags” weren’t more obvious with Meghan as opposed to Harry’s ex is the now-41-year-old’s acting background. Body language expert Darren Stanton said Meghan’s acting has allowed her to “turn on the charm” whenever necessary.

“She comes over 100% confident in herself throughout the interview,” he said, referring to her October 2022 Variety cover story. “As Meghan was previously an actress with many professional accolades under her belt, she’s used to being on set and in front of the camera. It’s almost like she is able to turn on the charm for the interviewer.”

Meanwhile, etiquette coach Myka Meier opined Meghan’s acting helps her appear calm and confident no matter the situation. “Maybe it’s using what she learned [as an actress] and how to keep her composure that really kept her looking calm and cool, even if she didn’t feel it,” she said, referring to an awkward moment at Queen Elizabeth’s Platinum Jubilee.

Although Meghan left her acting career behind when she joined the royal family, as Meier pointed out, “she’s technically on a stage in so many ways.”

Showbiz Cheat Sheet acknowledges conditions and cultures can impact body language and is sensitive to all backgrounds.