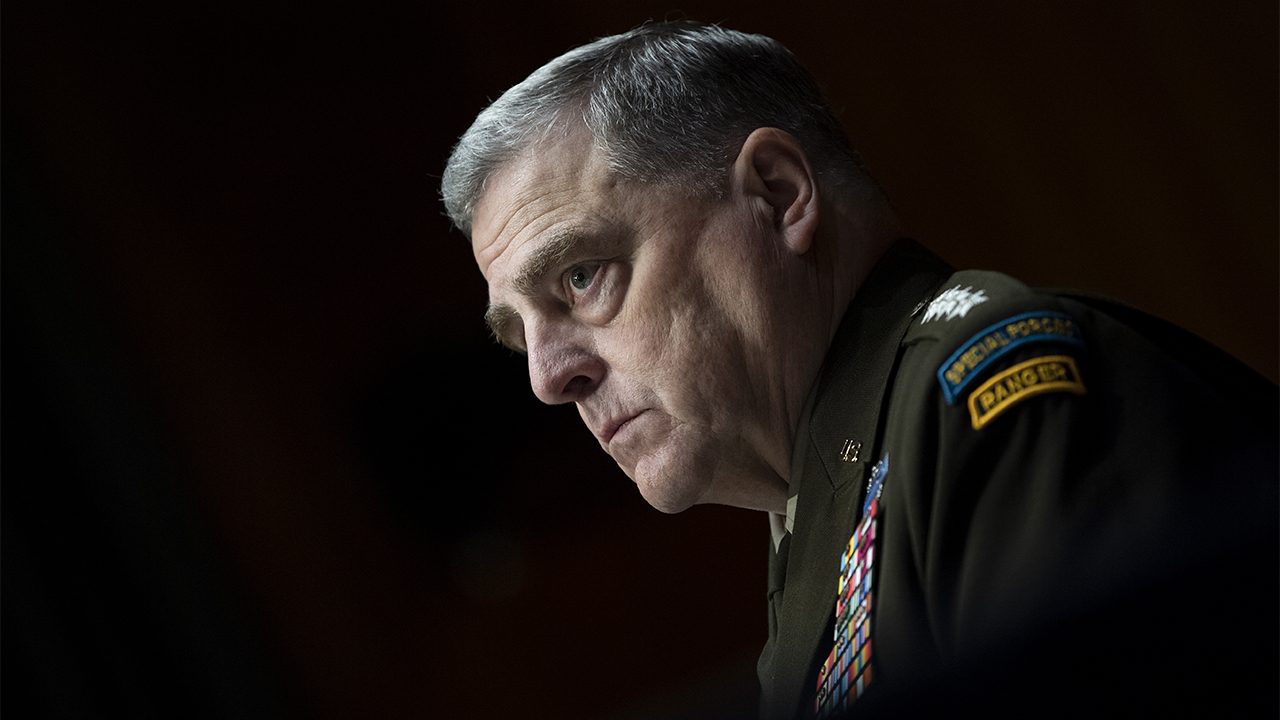 Defense Secretary Lloyd Austin, Chairman of the Joint Chiefs of Staff Gen. Mark Milley and head of U.S. Central Command Gen. Frank McKenzie are set to testify before the Senate Armed Services Committee Wednesday morning and are expected to face a grilling from lawmakers on both sides of the aisle over the Biden administration’s chaotic military withdrawal from Afghanistan.

The hearing comes nearly a month after the Biden administration, on Aug. 31, withdrew all U.S. military assets from the region after having a presence there for 20 years following the attacks on Sept. 11, 2001.

PENTAGON: ‘POSSIBLE’ US WILL WORK WITH TALIBAN AGAINST ISIS-K

The top military officials are expected to take questions on a number of factors – including their plans leading up to the withdrawal, their plans for evacuating Americans and Afghan allies from the country and the Aug. 26 suicide bombing outside of Kabul’s Hamid Karzai International Airport.

Austin, Milley and McKenzie are also likely to face questions on the botched U.S. drone strike in Kabul on Aug. 29 aimed at ISIS-K terrorists. The Pentagon later admitted that it was unlikely any ISIS-K members were killed in the strike and it instead led to multiple civilian casualties – including seven children.

The drone strike, which was intended to target ISIS-K operatives, resulted in the deaths of an aid worker and up to nine of his family members, including seven children. According to U.S. officials, the strike on the vehicle, formerly believed to have been a threat that included bombs and that was operated by ISIS-K militants, took place after the suicide bombing that killed 13 U.S. service members.

Prior to the Pentagon’s admission, Milley defended the strike as “righteous,” but later, described it as a “horrible tragedy of war,” and said the Pentagon is “committed to being fully transparent about this incident.”

The withdrawal concluded on Aug. 31, with administration officials admitting to leaving more than 100 American citizens behind. Administration officials, though, said their mission in Afghanistan had shifted from a military mission to a diplomatic one, with some saying they were working with the Taliban to ensure safe passage for those Americans and U.S. visa holders, as well as some Afghan allies, to evacuate the country.

Since the withdrawal, Austin and other top military officials have admitted that without troops on the ground in Afghanistan it will “no question” be “more difficult” to identify and counter terror threats from the region.

Austin said officials are “committed to making sure that that threats are not allowed to develop … that could create significant challenges for us in the homeland.”

And earlier this month, Austin said it is “possible” that the U.S. will work with the Taliban against ISIS-K in Afghanistan.

The allegations, made public earlier this month, said Milley made two secret phone calls, both to his Chinese counterpart, Gen. Li Zuocheng of the People’s Liberation Army, during the Trump administration. The book alleges that the phone calls took place prior to the 2020 presidential election, on Oct. 30, 2020, and then two days after the Jan. 6 Capitol riot, on Jan. 8, 2021.

The book claims Milley contacted Li after he had reviewed intelligence that suggested Chinese officials believed the United States was planning an attack on China amid military exercises in the South China Sea. The authors of the book also claim Milley contacted Li a second time to reassure him that the U.S. would not make any type of advances or attack China in any form, as Milley promised, “We are 100% steady. Everything’s fine. But democracy can be sloppy sometimes.”

Col. Dave Butler, Milley’s spokesperson, has defended the talks, saying the conversations are “vital” to “reducing tensions” and “avoiding unintended consequences or conflict,” maintaining that the calls were coordinated with high-level defense officials.

“The Chairman of the Joint Chiefs regularly communicates with Chiefs of Defense across the world, including with China and Russia. These conversations remain vital to improving mutual understanding of U.S. national security interests, reducing tensions, providing clarity and avoiding unintended consequences or conflict,” Butler said earlier this month.

Butler said Milley’s calls “with the Chinese and others in October and January were in keeping with these duties and responsibilities conveying reassurance in order to maintain strategic stability.”

“All calls from the Chairman to his counterparts, including those reported, are staffed, coordinated and communicated with the Department of Defense and the interagency,” Butler said.

“Also in keeping with his responsibilities as senior military advisor to the President and Secretary of Defense, General Milley frequently conducts meetings with uniformed leaders across the Services to ensure all leaders are aware of current issues,” Butler continued. “The meeting regarding nuclear weapons protocols was to remind uniformed leaders in the Pentagon of the long-established and robust procedures in light of media reporting on the subject.”

Butler added: “General Milley continues to act and advise within his authority in the lawful tradition of civilian control of the military and his oath to the Constitution.”

Since the revelations, Milley has faced calls to resign. But President Biden has said he has full confidence in the chairman of the Joint Chiefs of Staff.