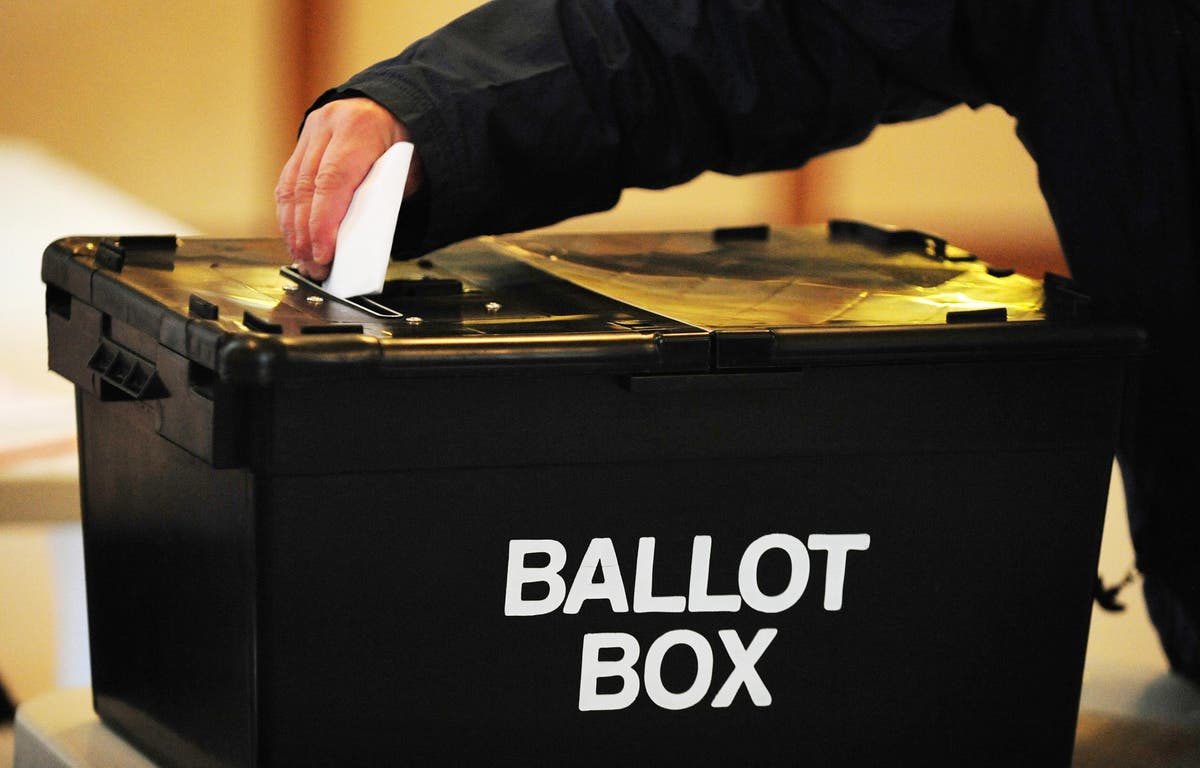 Get our free Inside Politics email

A government minister brushed aside warnings from the UK’s democracy watchdog that the introduction of voter ID for elections next year was neither “secure” nor “workable”.

Electoral Commission chair John Pullinger said that delays to government legislation meant there was “insufficient time” to roll out the scheme properly for the 4 May 2023 ballots for English councils and mayoralties.

In a letter to the then communities secretary Simon Clarke, obtained by Open Democracy under a freedom of information request, Mr Pullinger warned that the commission had “fundamental concerns” about the plan to make voters bring photo ID to polling stations.

But Mr Clarke responded that it was an “advantage” that the controversial change was being introduced for next year’s local elections, because it provided an “opportunity to learn” about any potential problems ahead of the general election expected in 2024.

Campaigners have already raised concerns about the introduction of voter ID, warning that it is likely to depress the vote among disadvantaged and marginalised groups, ethnic minorities and the young, who are less likely to have photo identification documents.

They point out that the significant reform to voter requirements is being carried out despite a vanishingly small number of cases of abuse of the rules on impersonation.

And Labour’s shadow elections minister Alex Norris said the new letters revealed “grubby attempts by the Conservative government to rig our country’s democracy in their favour”.

Writing to Mr Clarke in September, Mr Pullinger said that the tight timetable imposed by legislative delays meant that voter ID could not “be delivered in a way which is fully secure, accessible and workable” in time for the local elections.

There was not enough time left for “necessary preparatory activity”, including the testing of voter materials to ensure they were fully accessible and the provision of guidance and information for electoral administrators, he said.

“Crucially, there is now insufficient time for the commission to test the free voter authority certificate application form and other materials,” wrote Mr Pullinger.

But Mr Clarke insisted that he would press ahead with plans for voter ID next May, when elections take place for 230 metropolitan, unitary and district councils and the mayors of Bedford, Leicester, Mansfield and Middlesbrough.

“A specific advantage of our plan that voter identification will be in place for polls scheduled to be held in May 2023 is that the provisions are therefore not being introduced at a time when polls are taking place across the entirety of the UK, and so there is an opportunity to learn how the new requirements are best implemented ahead of a time when both delivery and support resources are at full stretch,” he said.

In a statement today, the commission said a public awareness campaign to prepare voters for the changes would begin in January.

A spokesperson said: “We are committed to supporting the implementation of the voter ID requirement, but it must be delivered in a way which is accessible, secure and workable.

“We have raised concerns with ministers and department officials that the delays we have seen to date, and the timetable for the introduction of the policy, mean that these important considerations may not be fully met when the new policy is implemented.

“While the timeframe for introducing the measures before next May’s elections remains tight, we are continuing to support the electoral community and voters to prepare for the change.”

A government spokesperson said: “We cannot be complacent when it comes to ensuring our democracy remains secure.

“Everyone eligible to vote will have the opportunity to do so – 98 per cent of electors already have an accepted form of identification, and any that don’t can apply for a free voter card from their council. Photographic identification has been successfully used in Northern Ireland elections since 2003.

“Money for any new equipment will be provided by central government and we are working closely with the Electoral Commission to ensure electors have the right information and training to implement these changes for the May 2023 elections.”

Parents say ‘dream’ school district has become a ‘woke’ nightmare: ‘The joke’s on us’

Prince Harry Revealed What He and Meghan Markle Get From In-N-Out Burger: ‘So Good!’