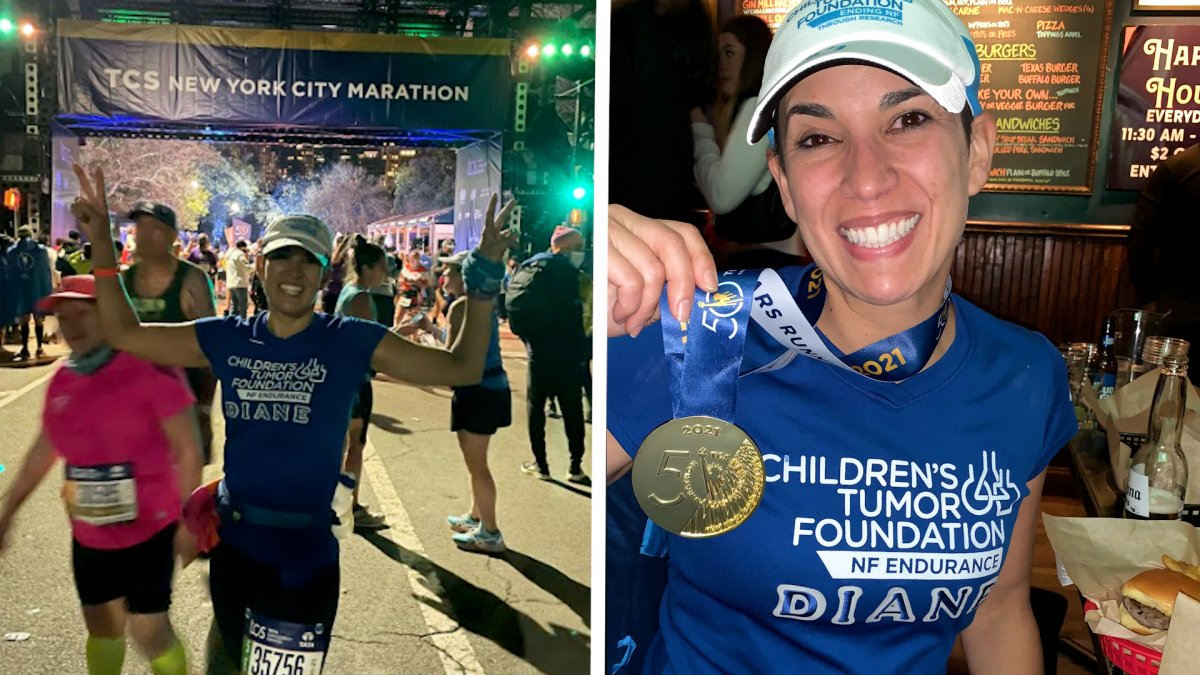 Years after bouncing back from a rare autoimmune diagnosis and already completing several marathons, Diane Owens still had something to prove at this year’s New York City Marathon. The Connecticut mother, one of 30,000 who ran this year, was determined to not let her disease stop her from racing to the finish line.

The New York City Marathon held its 50th anniversary on Nov. 7, returning from a COVID pandemic hiatus in 2020.

Owens is a mother of two from Southbury, Connecticut, who was diagnosed in 2016 with Guillain-Barré Syndrome (GBS), a rare neurological disorder that could leave one paralyzed. This was not her first rodeo when it came to the NYC Marathon. This was her fifth time participating in the competition.

However, this year’s race took on another meaning – having defied the odds that she may never walk again.

Owens’ story first began in 2013. She was never much of a runner and hardly considered herself an athlete. But that year, she and her husband, Jeff, had come to terms with shocking news.

Their newborn son, Alex, was diagnosed with neurofibromatosis type 1 (NF1), a rare incurable genetic condition that causes tumors to grow along the nerves.

“Of course, as mom, your initial reaction is, ‘OK, he has this illness, what do I do?’ The answer was nothing. Don’t Google it. Just watch and wait,” Owens told NBC New York.

To this parent, there was no time to waste. She didn’t want to “sit around and watch her son to potentially deteriorate.” Her next steps led her to reach out to Children’s Tumor Foundation (CTF), a nonprofit organization dedicated to funding research for the NF community.

After speaking with one of the organization’s endurance managers, Owens decided to take the first step in training for a series of runs to fundraise for her son’s disease.

From bottles of Aleve to gallons of Aspercreme, Owens slowly built up her stamina. One mile turned to ten miles, which eventually led to her completing three marathons, two in New York City and one on Long Island.

In 2015, doctors discovered two tumors on her 2-year-old Alex’s spine and brain. The same response to watch and wait was given, but Owens did not sit back.

Within three years, she had raised $70,000 for CTF, and was in the midst of planning her next three marathons for 2016. But life had other plans in store for this mother.

Towards the end of January 2016, Owens was losing steam in her pace, dragging on the course, suffering from unexplainable tense migraines, and experiencing numbness.

“My legs were so weak. My runner’s legs that had just run the NYC Marathon a couple of months before could not get me up from a squatting position to standing,” said Owens.

Admitted to Danbury Hospital, Owens’ first thought was just to stay in motion, running laps on the hospital floors. Eventually, her body collapsed and she could no longer feel her legs.

“What I would come to find out is that those headaches were the nerve endings dying. It was nerve pain, but I didn’t know because I never had it before,” Owens explained.

After a spinal tap, doctors diagnosed Owens with Guillain-Barré Syndrome (GBS), a rare neurological disorder in which the body’s immune system mistakenly attacks part of its peripheral nervous system.

What came next for Owens is nothing short of a miracle. She was not expected to ever walk again, but through weeks of therapy she would little by little regain motion.

During rehabilitation came a moment of realization, particularly when first working on a foot bicycle with a physical therapist named Jeff.

“Once he got them started, I was able to maintain momentum, and that’s when I was like, ‘Oh no, I’m going to race again,’” she recalls.

Immobilized yet determined, Owens signed up for races from her hospital bed. She set her sights on the first 5K race she completed three years prior.

In March 2016, Owens was released from the hospital and ran her first race three months after being completely paralyzed. Since then, while continuing to raise money for CTF, she has completed two triathlons, eight half marathons, and three marathons.

An Object in Motion Will Stay in Motion

This year, Owens participated in the major milestone for the NYC Marathon, which is celebrating 50 years.

“I’ve run all over the country. I’ve traveled all over the world, and I’m convinced the world is a much better place than we think it is, but there is nothing in the world like the New York Marathon,” said Owens.

To Owens, having been in a wheelchair, every day is a gift being able to walk and see her son, 9-year-old Alex, grow up playing baseball and enjoying school. Even Alex’s 12-year-old brother, Justy, has picked up running for CTF.

Over the years, the family has planned additional fundraising events, such as pie-eating contests, school campaigns, and golf tournaments, that have altogether raised close to a half-million dollars. Owens has even spoken on Captial Hill during Rare Disease Week.

Running is not just a way to get her community to donate, it’s an act of hope for this Connecticut mother.