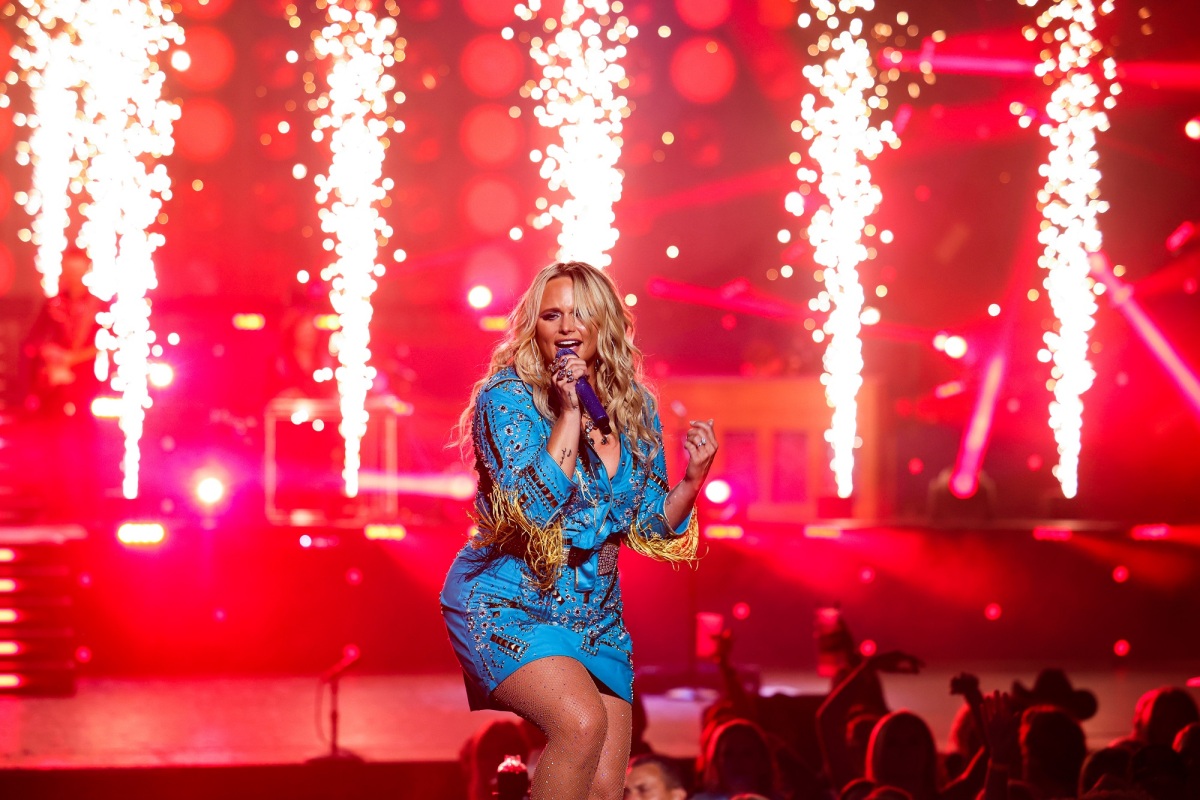 Lambert’s Velvet Rodeo residency is held at the Zappos Theater at Planet Hollywood. Speaking with Music Connection, Lambert discussed what putting on Velvet Rodeo has been like so far.

“I like the fact that every seat is a good seat, and it is intimate, because it’s a theater. The fact that it’s a stationary show, where we don’t have to move our stuff every night with the trucks and travel to the next city allows us to have so much more production that we’ve ever had before. The cross between a big production and everyone able to see is a successful juxtaposition,” Lambert shared.

She added, “And my jacket catches on fire, which is pretty d*** cool.”

RELATED: Miranda Lambert on Being a Stepmom: ‘This Is a Whole New Journey’

How Miranda Lambert picked the set list for ‘Velvet Rodeo’

Leading up to the start of Velvet Rodeo, Lambert worked hard to craft the perfect set list for the residency.

“We spent a lot of time on the song selection. It’s what started the whole thing. We didn’t do any design or production until we honed in on the set list. My musical director, Danny Mitchell, went through my whole catalog. Our biggest question was how do we get from ‘Kerosene’ to Palomino?” Lambert told Music Connection.

The country singer continued, “I wanted to have some nostalgia, and have some video elements, as well. Those videos really were such a part of the songs, like ‘Kerosene’ for instance.”

RELATED: Miranda Lambert Opens Up About Divorce From Blake Shelton: ‘I Won’t Lie in My Music’

In an interview with Vulture, Lambert revealed she studied what other artists did for their Las Vegas residencies.

She continued, “I was just wanting to get a feel. One thing I really took away from that was they played all the songs I wanted to hear. In fact, they couldn’t get them all in because there’s so many hits.”

What the country singer appreciates about performing in Las Vegas

For Lambert, one of the highlights of her Velvet Rodeo show is performing “Carousel” from her 2022 album Palomino. The song makes Lambert “appreciate” her Las Vegas residency.

“That’s something I appreciate about the Las Vegas setting. You can highlight lyrics more because you’re indoors and it’s controlled. For a song like that, it’s really cool to set it up and make the production a part of the story,” Lambert told Music Connection.