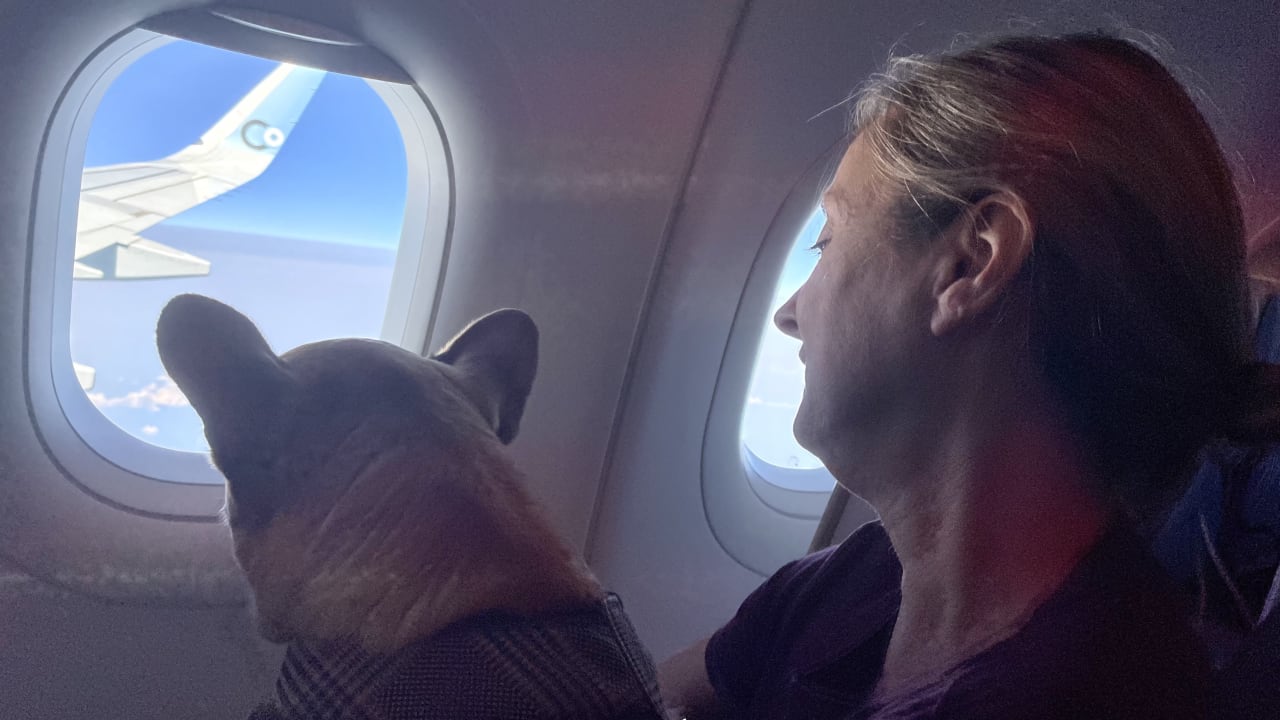 Hanover – He is the strictest taster for mistress’ homemade treats and was probably the only dog ​​with “his own” company: “Fredo” (6), the cheeky French bulldog from Hanover.

BILD reported on the allergy-stricken four-legged friend and mistress Kerstin Wendt (44), who spoiled her “Fredo” with vegetarian biscuits – and helped.

No sooner said than done: everything was sold out, the three traveled with a few suitcases and bags. “Fredo was surprised when one day his favorite couch was found in bulky waste in front of the door. But he took it well.” And it was good for him: The Wendts were looking for a small French airline that would allow animals in the cabin and not lock them in the cargo hold. “If that hadn’t been possible, we wouldn’t have done it!”

With the rental car we went to Paris, then by plane to New York. And on with the rental car to the new home. A dog’s dream: 1800 square meters of garden, plenty of space to run around. “Fredo is a ball junkie, and the previous owners really forgot one…” Of course, the Frenchie grabbed him right away.

Kerstin and Volker will start with a company for 3D visualization ( cgmotive.com): “During the Corona period, there were many customer contacts only via video – that works from anywhere.” Of course, Kerstin took the recipes for the treats with her and bakes them in the new kitchen. “Fredo’s Bakery” are still in Germany.

Nicole Grove from Wedemark took over the company – of course with the healthy four-legged snack recipes. And with new variations, “Fredo” costs again, of course…