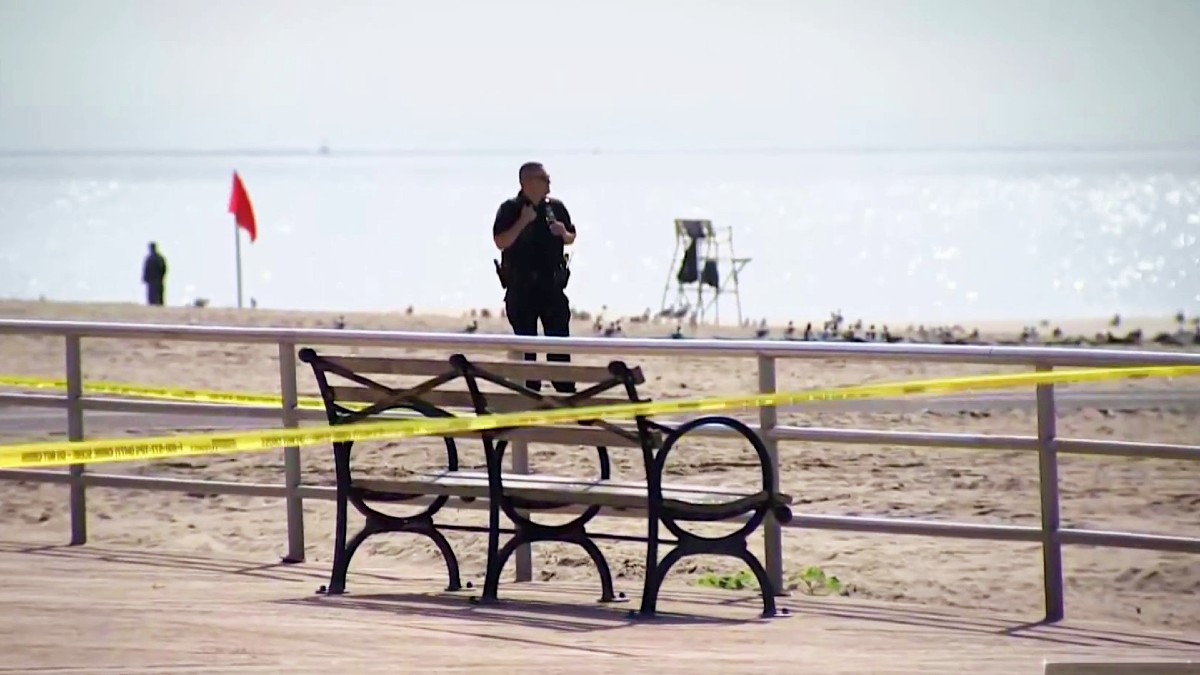 The Brooklyn mother found soaking wet on a boardwalk two miles from where her three young children were discovered unconscious on the beach in Coney Island earlier this week has been charged with intentionally murdering them with depraved indifference in the gut-wrenching case, authorities say.

Erin Merdy had been hospitalized after the deaths of 3-month-old Oliver Bondarev, 4-year-old Lilana Merdy and 7-year-old Zachary Merdy. Wednesday’s charges come a day after the city medical examiner said all three children had drowned and ruled all three of their deaths homicides.

All three lived in the same Neptune Avenue home where officers responding to a 911 call from a concerned relative initially went early Monday as the scale of the tragedy began to unfold.

That was just the first stop in what would be an exhaustive, hours-long search to find the children. It was 1:40 a.m.

No one answered the door when officers knocked, but it was unlocked, officials said. Cops encountered a man in the building who identified himself as the father of one of the three children. He expressed the same concerns as the 911 caller, NYPD officials said, and told police he believed the mother and children were on the boardwalk in Coney Island.

Cops found the mother on Riegelmann Boardwalk near Brighton 6th Street about 90 minutes later. Police said she was soaking wet and barefoot and appeared to be in a disturbed state when she was found. The woman had some family with her but not the three children, police said, adding she wasn’t communicative with cops.

At that point, the search turned even more desperate, with aviation and harbor units called in and reinforcements added to scour the shoreline. The children were found unconscious at the water’s edge by 35th Street around 4:45 a.m., about three hours after the initial 911 call. Life-saving efforts began but the children died at Coney Island Hospital.

A security supervisor at the mom’s building said the family had moved in less than a year ago. NYPD Chief of Department Kenneth Corey said the mother had not been reported to authorities previously for abusing or neglecting her children.

Information on a possible attorney for her wasn’t immediately available.

Their mother, who was found wandering up the street barefoot, is being questioned in their death.

What Is Hyperinflation? Everything You Need To Know

Tim Cook says Apple will use chips built in the U.S. at Arizona factory