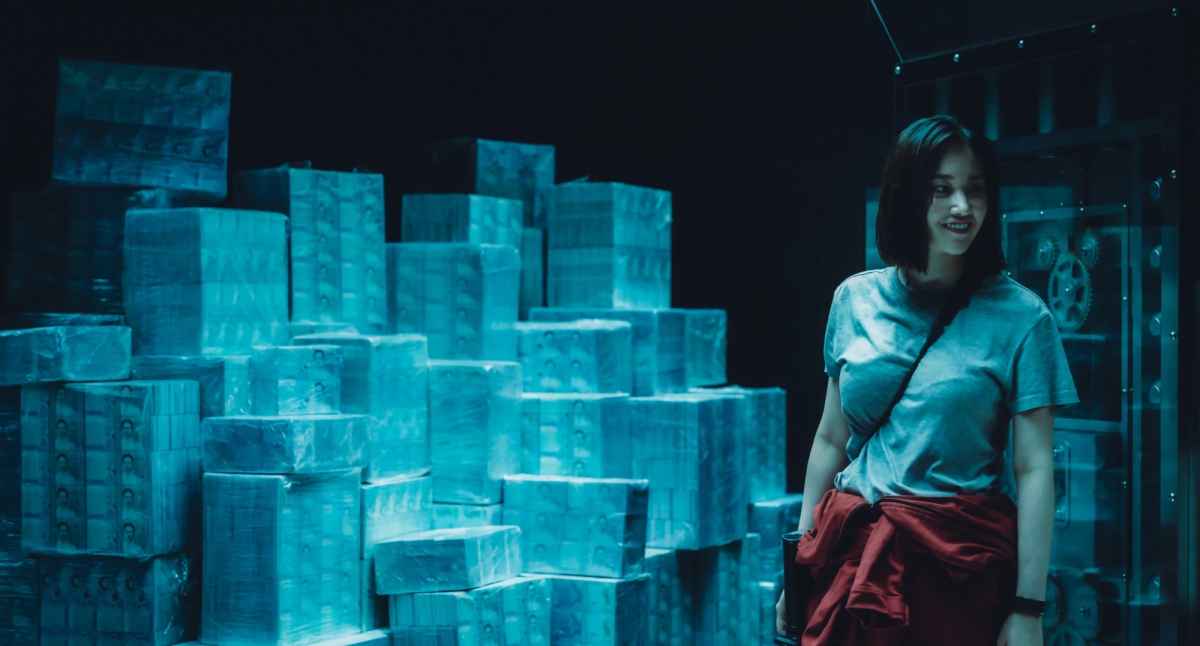 The heist plan takes a few detours before the grand finale

In the second half of Money Heist: Korea Part 2, tensions rise, and the Professor’s plan gets slightly derailed. The hostages plan a revolt against their captors with the help of the security team and the officer. Authorities will also cut off the power. In their escape route, they attack Oslow, leading to his tragic death. They manage to fool the team and get to the roof to escape, but only half manage to do so.

At the same time, the team learns about Berlin’s terminal illness and thinks he is going crazy. Berlin is adamant in believing the traitor is Tokyo or Rio. He forcefully pushes Tokyo out and is captured by authorities. Fans soon learn it was all a part of the Professor’s plan. Flashbacks reveal Tokyo was in on the plan to have Nairobi out herself. She became the traitor after learning Sang-man was keeping her son hostage.

In reality, Tokyo was caught on purpose to be rescued by Seoul and her teammates. They plan to save Nairobi’s son and live-stream it to prove to the public of Sang-man’s indiscretions. At the same time, Berlin speaks with North Korean politician Jeon Yong-su, who tortured Berlin at the camp. Yong-su tries to paint Berlin in a bad light but fails. After rescuing Nairobi’s son, Berlin and the team give the remaining hostages a choice: money or freedom.

The following day, at a set time, they let some hostages go as Tokyo rides through gunfire back into the Mint. In a sad turn of events, Moscow is shot and subsequently dies. But the team manages to finish the plan and connect the underground escape route to the one leading to the secret hideout.

While the team is happy to meet the Professor again, they lament the death of Moscow. But time is of the essence as they must get the money through the tunnel to escape. All the while, Woo-jin learns the truth about her lover as the Professor. Money Heist: Korea Part 2 finale soon parallels the Spanish original. As the team is ready to leave, they are ambushed by a tactical force.

They escape to the vault and seal themselves in. But Berlin realizes they need to detonate the bomb manually, so he stays behind. In a flurry of emotions, he opens fire and detonates one of the bombs. But Berlin’s story in Money Heist: Korea Part 2 has a twist as Seoul rescues him before she detonates the last bomb. While police block their initial escape route, the Professor realizes a new trail in his father’s plans.

RELATED: ‘Money Heist: Korea’: Tokyo’s Backstory Is Nothing Like the Spanish Original – Here’s Why

Money Heist: Korea Part 2 finale leads to the Professor and the team meeting with Berlin’s team and a train out of Korea. In a shocking turn of events, Berlin is alive thanks to Seoul and escaped unnoticed. Months later, Woo-jin deals with the aftermath and gets approached by a foreign law firm that wants to represent her on the demand of a mystery client.

Woo-jin soon realizes who the client is and looks for a postcard the Professor once gave her. The Professor dreamed of going to the port city of Kherson, his father’s dream. Woo-jin travels to Kherson and soon meets the Professor again. He tells her, “Actually, I have a wonderful plan. Do you want to hear it? In the history of crime, it’ll go down as a revolution.”

‘Mone Heist: Korea’ Season 2 will have the Professor and the team pull off a bigger heist

In the Spanish original, Raquel falls in love with the Professor and understands his reasoning against capitalist society and politics. She, too, uses postcards to figure out his new location and travels to see him. In Money Heist Season 3, the Professor has a new plan. It all begins when Rio calls Tokyo using a satellite phone. Europol tracks his location and arrests him.

Seeking help from the Professor, Tokyo and the team band together for a new plan to save Rio. The Professor uses an old plan he and Berlin created to rob the Bank of Spain of its gold and government secrets. According to the Professor’s words in the Money Heist: Korea Part 2 finale, the team will remeet for a new heist years later.

Netflix has yet to announce a Money Heist: Korea Season 2. It is also unclear if a new season will follow the same story as Berlin is alive and Rio and Tokyo do not become an official romance like in Money Heist.

RELATED: ‘Money Heist: Korea’: Rio’s Story Is Not What Fans Know From the Original Spanish Series